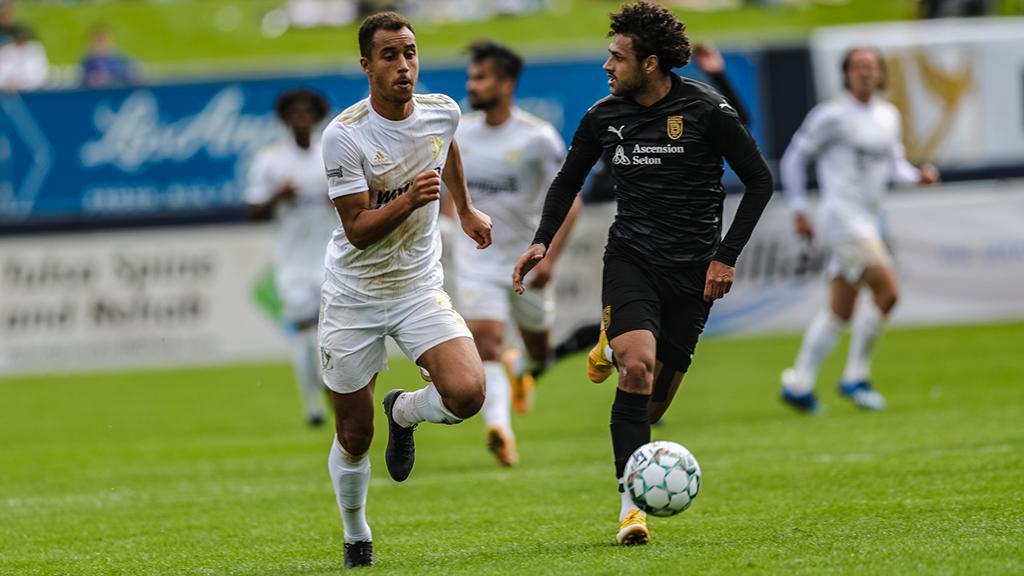 TULSA, Okla. – FC Tulsa and Austin Bold FC played to a 1-1 draw in a preseason exhibition on Saturday afternoon at ONEOK Field as the hosts drew level in the second half on a goal by Kevin Garcia after Xavi Baez had put Austin ahead.

The contest opened slowly as neither side was able to gain much traction, but eight minutes before halftime Austin was awarded a penalty kick as Tulsa defender Jorge Corrales committed a foul in the penalty area. Tulsa goalkeeper Austin Wormell saved Jason Johnson's initial penalty kick, but the ball ricocheted off Wormell's hands straight to an on-rushing Baez who slotted it home.

Tulsa came out more brightly to start the second half, and midway through the second half the hosts found an equalizer. Off a corner kick on the right in the 68th minute by Joaquin Rivas, Bold FC was unable to clear its lines and the ball fell to the feet of Garcia, who bundled a finish into the goal for the first tally at ONEOK this year for the hosts.

“It felt good, I mean there was a lot of adrenaline going on just because of it being a preseason home game and us getting back in the game, tying it up, and getting some momentum going in the group,” said Garcia. “I was also looking for my daughter and my wife. I told them I was going to have a celebration for them, but I was trying to pick them out in the crowd and I couldn’t find them, so I’m gonna have to do it for the next one. Hopefully we have the chance soon and I’ll get to talk about that celebration.”

Both teams looked to find a winner in the final 20 minutes, but the defenses held firm to leave honors even in Tulsa’s preseason finale before it opens the USL Championship regular season next Saturday night against in-state rival OKC Energy FC.

“To me we are close to 90 minutes at full speed conditioning-wise,” said Tulsa Head Coach Michael Nsein. “I was able to see some new guys in the middle like Kembo [Kibato] and Ciaran [Winters] as well as Joaquín who played centrally for a little bit. Marlon will come back early next week, so we have another wide player and get to see what options we have in different areas across the field. I think that the changes we made are good, I saw a lot of positives in the second half and a good response.”