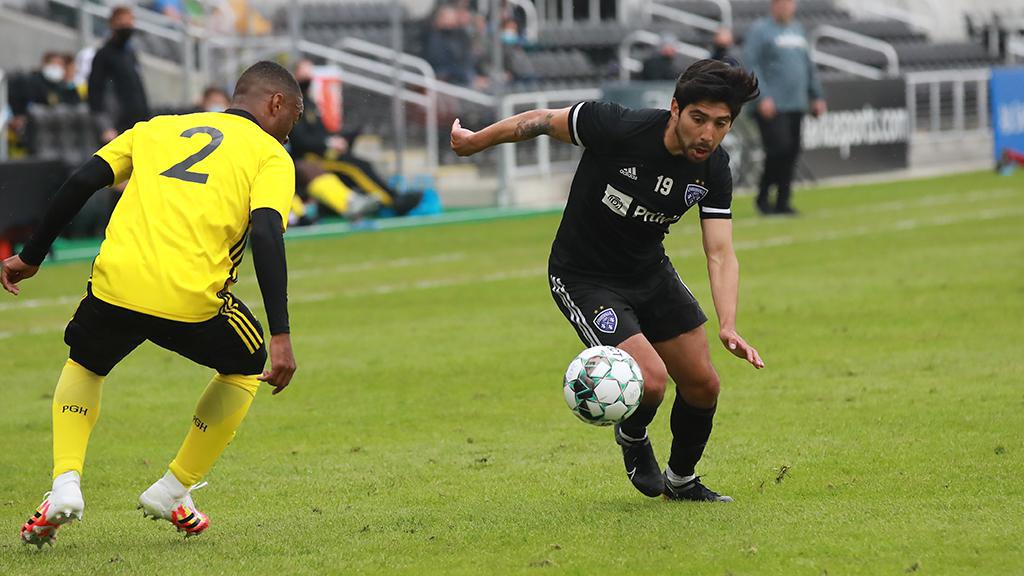 LOUISVILLE, Ky. – Louisville City FC scored once in each half through Oscar Jimenez and Corben Bone, while Chris Hubbard delivered a six-save performance as the hosts took a 2-0 victory against fellow USL Championship side Pittsburgh Riverhounds SC in its final preseason outing at Lynn Family Stadium prior to the start of the new season.

“It’s great to be back in Lynn Family Stadium again and have our fans see us for the first time,” said LouCity Head Coach and Sporting Director John Hackworth. “…I thought we grew into the game a little bit. It wasn’t a great performance, but we have to do that in particular against a team like Pittsburgh.

“You have to find a way to take your moments, and we did in finding a second one. Getting a shutout and beating a really worthy opponent is good news for us going forward."

LouCity struck for its earliest goal of the preseason in just the second minute when Brian Ownby won a ball back out wide and crossed to Jimenez for a tap-in finish. The hosts then leaned on Hubbard, a Louisville native poised to win the No. 1 goalkeeper job this season, to keep Pittsburgh off the board.

In the 44th minute, Hubbard registered back-to-back saves, one of them seconds after his defense surrendered possession in its own half. Later, in the 57th minute Hubbard dove left to save a penalty kick for the Hounds.

“I did what I had to do, coupled with the back four in the first half and the back three, they were making some plays,” Hubbard said. “If it comes to me, I’m just glad I could do my job and make the saves. Overall, it was a good team performance. It wasn’t always pretty, but we found a way to gut it out and get it done, which is something we’re going to need this year.”

As Hubbard excelled in goal, LouCity doubled its lead late as Napo Matsoso slipped a ball into Bone, who tapped a shot between the opposing keeper’s legs. Matsoso and Bone were a favored pairing last year as well, and Bone acknowledged that with a point toward his fellow midfielder following the strike.

“We recovered the ball in a good area and got it out to Napo,” Bone said. “He did the rest, really. It was a fantastic pass. We kind of made eye contact, and he put it exactly where I wanted it. All I had to do was give it a little toe poke and hit the back of the net. Credit to Napo. It was an incredible pass, and he’s given me a few of those, which is why I keep pointing at him.”

The setback was the first of the preseason for the Hounds, who open their season on Saturday, May 8 against the Tampa Bay Rowdies at Al Lang Stadium.

“We were better than last week, and the possession was pretty even. I think we were pretty good, to be honest,” said Hounds Head Coach Bob Lilley. “The game was even, but they always look dangerous when they get their time on the ball. It was definitely better than [last Saturday at] Cincinnati, but we still let them in behind us more than I’d like.”