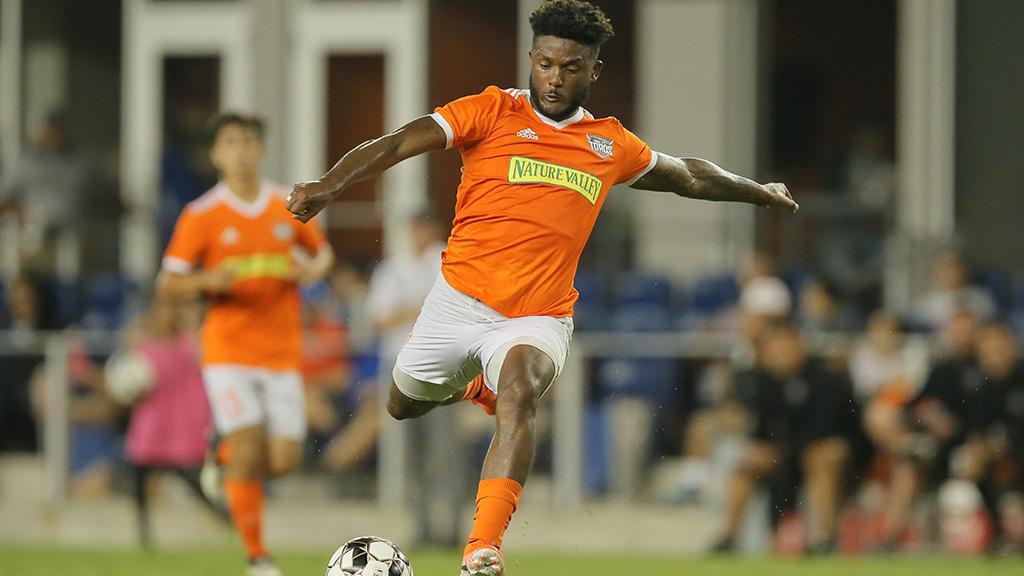 MEMPHIS, Tenn. – Memphis 901 FC announced on Monday it had signed Belizean international Michael Salazar, pending league and federation approval. The 28-year-old forward arrives in Memphis with experience both in Major League Soccer and on the international level.

Salazar’s professional career began when he was selected 24th overall by Club de Foot Montréal in the 2016 Major League Soccer SuperDraft. Salazar spent two years in Canada, playing for Montreal as well as on loan in the USL Championship for both FC Montréal and Ottawa Fury FC. With Montréal, the forward appeared in 36 matches and recorded six goals and two assists in all competitions.

Following a knee injury that sidelined him for eight months, Salazar signed with the Championship’s Rio Grande Valley FC in 2019. With the Toros, Salazar scored 10 goals in 24 appearances and set a club record with eight goals in his first season in Edinburg. In June 2019, Salazar was signed by Major League Soccer’s Houston Dynamo FC, where he would go on to make 11 appearances.

In addition to his time in the Championship and MLS, Salazar has recorded one goal in 14 appearances for the Belize national team. During his time with the Jaguars, Salazar has appeared in the Concacaf Gold Cup, 2016 Copa Centroamericana, the CONCACAF Nations League and international friendlies.

“We’re thrilled to have Michael join us for the 2021 season,” said 901 FC Sporting Director Tim Howard. “He is a highly talented and experienced international striker and another quality addition to our dynamic attacking group.”

Born in New York City, Salazar spent the majority of his childhood living with his parents in their native Belize before moving to Moreno Valley, Calif. to finish high school. Salazar played collegiate soccer first for Cal Baptist where he led the Lancers to a 2011 PacWest Conference championship and back-to-back National Christian College Athletic Association Division I national championship victories. After being named to the All-PacWest Second Team and deemed PacWest Freshman of the Year in 2011, Salazar transferred to UC Riverside in 2013.

At UCR, Salazar was named to the All-Big West First Team twice during his two years in Riverside. In addition to playing with the Highlanders, Salazar played for Orange County SC U-23 of USL League Two in 2014 and PSA Elite of the USASA in 2015. With PSA Elite, Salazar was named TheCup.us Lower Division Player of the Tournament for his efforts during the 2015 Lamar Hunt U.S. Open Cup which included leading PSA Elite to the fourth round of the tournament and scoring three goals in four games including one to open the scoring against the LA Galaxy.

With Memphis 901 FC, Salazar’s experience with his 35 USL Championship appearances will be key as he lines up with Kyle Murphy and Roland Lamah in a developing attacking unit in Memphis.