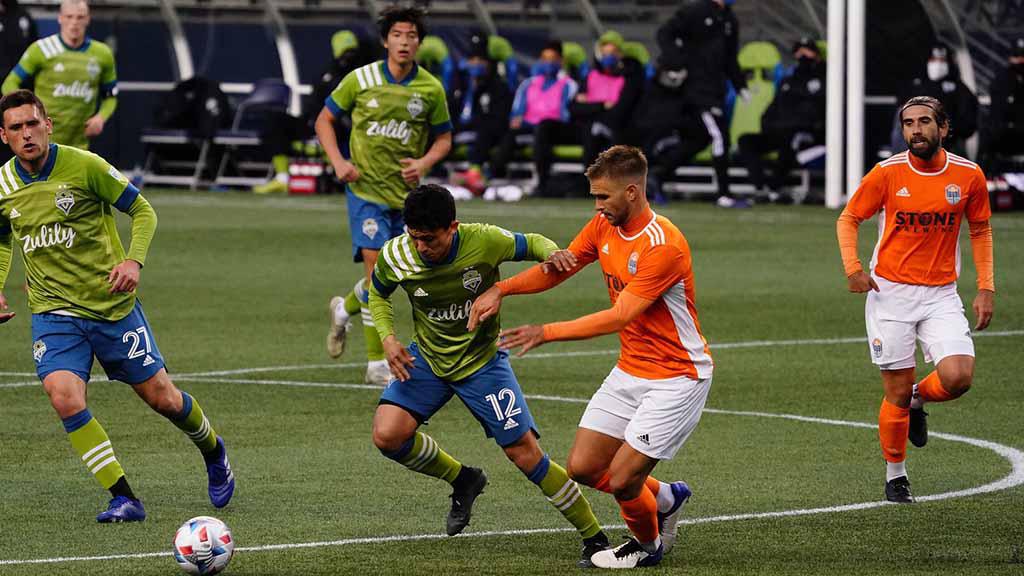 SEATTLE – San Diego Loyal SC battled well against Major League Soccer’s Seattle Sounders FC on Saturday night, but an early goal by Will Bruin saw the Sounders take a 1-0 victory at Lumen Field in a major preseason test for the USL Championship side.

Facing what is likely to be Sounders FC’s opening-night lineup, San Diego was put on the back foot early as Bruin set up an early chance for fellow forward Fredy Montero, who was unable to steer his shot on target. The hosts capitalized on their early momentum, though, as Bruin drove home a shot into the bottom corner from inside the penalty area in the sixth minute.

Montero and Bruin continued to create chances for Seattle throughout the opening 45 minutes, combining and interchanging as they created several clear-cut chances, The hosts were unable to add to their lead as SD Loyal goalkeeper Trey Muse – who joined San Diego on loan for the upcoming season from Sounders FC – and his backline withstood the pressure.

Sounders FC continued to apply pressure as the second half began. Montero clipped a fantastic ball over the top for Cristian Roldan, who was denied by a smart save by Muse. Raul Ruidiaz also hit the woodwork for Sounders FC soon after, and the Peruvian forward was also denied by Muse with a header off a corner kick in the 66th minute.

SD Loyal had a chance to tie the game in the 75th minute when Tumi Moshobane fired a shot from inside the penalty area off the post, one of a handful of chances created by Head Coach Landon Donovan’s team. Muse came up big again with three minutes to go to deny Ruidiaz once again, but that would be the final significant action of the contest.