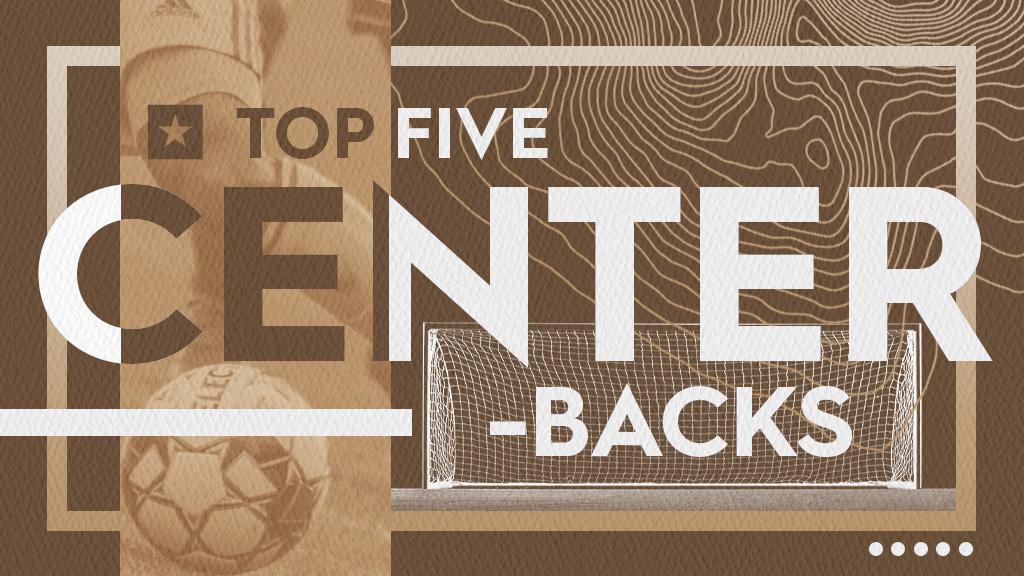 Just as many things in life, history is starting to repeat in the USL Championship’s center back ranks.

Where once the All-League honors lists were regularly populated by the likes of Orlando City SC’s Rob Valentino or the Richmond Kickers’ William Yomby and others, now there’s a new pecking order of established central defenders that has begun to monopolize the end-of-season award lists.

That’s reflected in our selections for the Top Five center backs in the league going into the 2021 Championship season, where players who are also succeeding at the international level are joined by those who’ve made a serious impact in recent years in the Championship.

Looking to catch up ahead of the start of the season in two weeks? You can find our picks for the Top Five Goalkeepers and Top Five Full Backs, already published.

If you were a club aiming to build a title-contending team, you couldn’t do much better as a free agent addition to your back line that Paco Craig. A two-time USL Championship Final-winner at Louisville City FC in four seasons, the 28-year-old arrives at Miami FC for the new season with a big – and well-earned – reputation among many around the league.

That respect manifested itself in three consecutive Championship All-League selections between 2017 and 2019, including First Team honors in LouCity’s two title-winning campaigns. There was good reason, too. Over that span of three seasons, Craig sat second among defenders to only Brent Richards – whom we referenced earlier this week – with 179 interceptions in 80 regular-season contests, third among defenders in Duels Won (522 at a success rate of 62.2 percent), and also posted a 66.2 percent success rate in Aerial Duels.

Craig isn’t infallible, he conceded four penalty kicks, and two of his three defensive errors across those three seasons ended up in the back of the net. When he’s on top form, however, his positioning makes him difficult to beat as an attacker, and he’s confident on the ball, averaging more than 1,100 completed passes a season. It should prove an ideal fit in the middle for Miami in its bid for success in the Atlanta Division this season.

During his first three seasons in the Championship with the Charleston Battery, Neveal Hackshaw emerged as one of the most intriguing young defenders in the league, making 33 appearances as Charleston finished in the top four of the Eastern Conference in 2018. Over the past two seasons with Indy Eleven, the Trinidad & Tobago international has fully come into his own, earning back-to-back Championship All-League selections through his dynamic play.

Hackshaw’s game has in some ways married perfectly with Indy Head Coach Martin Rennie’s system, in which as a natural left-footed player he mans the left side of the defensive back three for the side. The 25-year-old is a difficult player to beat – he’s conceded on average less that one foul per game (72 fouls in 94 appearances) and has only been beaten off the dribble 44 times in the past four seasons while winning 70.6 percent of his contested tackles.

What adds a notable element to Hackshaw’s game, however, is his ability to read the game and take advantage of space when it’s offered to push into the opposing half. In addition to leading all defenders with 714 recoveries in the past four regular seasons, Hackshaw has also recorded 47 Key Passes and four assists. That ability makes Hackshaw not only one of the best defenders in the league, but one of the most entertaining to watch as well.

Before Forrest Lasso arrived in the Championship, only one player had been named to the USL Championship’s All-League First Team in four consecutive seasons. That was William Yomby, a legendary figure for the Richmond Kickers who is now an assistant coach at his alma mater, Virginia Commonwealth University. That Lasso accomplished the same feat in a league that has more than doubled in size and increased in quality across the board a decade into its history is illustrative of the regard he’s held in within the Championship’s circles.

Last year, Lasso added to that history by becoming the first player to win the Championship’s Defender of the Year award twice as his first campaign with the Tampa Bay Rowdies proved a rousing success. Still as powerful as ever at 6-foot-5, the 27-year-old’s game has been to try and dominate opponents on the ground and in the air. That’s meant a Duels success rate of 67.7 percent over the past four seasons, and an Aerial Duels success rate of 75.6 percent since Opta was introduced to the league in 2017.

But there’s more now to Lasso’s game than simply being overpowering. He’s gotten better with his feet – his tackle success rate hit 77.8 percent a season ago, five points better than his average over the past four seasons – and he was only beaten off the dribble five times in 16 games. With the advantages his size offers at set pieces, the Little Kid in a Big Body will – barring injury – be a fixture at the center of Tampa Bay’s defense again this year. 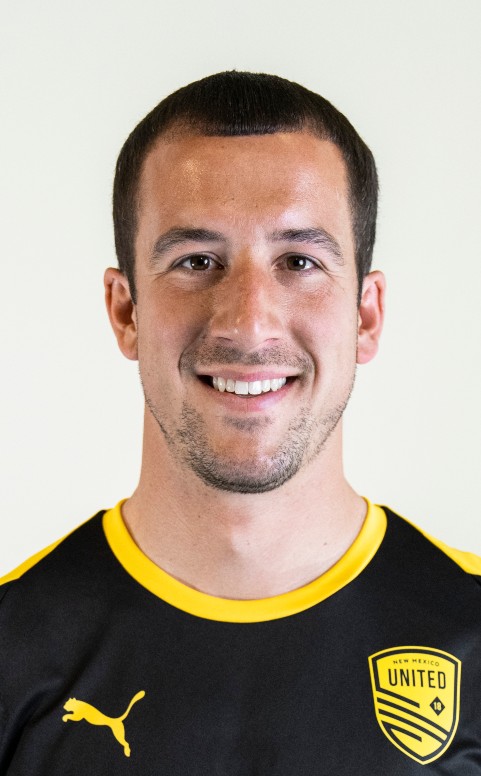 If you wanted one number to describe the impact that Kalen Ryden made on his arrival at New Mexico United for the 2020 season, it might not be one of his own. Instead, it would be the fact that despite playing less than half the regular season games due to the shortened Championship season, United still recorded more shutouts (6) in its 15-game campaign than it had (4) throughout its inaugural 2019 season.

That’s not all down to one person, true, but the calmness and organization that Ryden brought to New Mexico fresh of the success he helped bring in Real Monarchs SLC’s 2019 title-winning season certainly seemed to make a big impact on United’s success. Collectively, United’s shots on target faced per game average dropped from 4.2 in 2019 to 2.8 in 2020, while the side also allowed only 11.5 shots overall per game, compared to 13.4 the prior year.

Ryden’s own numbers were also exemplary. His passing accuracy rate of 85.3 percent ranked in the Top 10 of defenders to have played at least 13 games in 2020, while he also recorded 26 interceptions, 63 clearances and only conceded 10 fouls while being beaten off the dribble only twice. There’s more to Ryden’s game than just numbers, though, which is why his first All-League First Team selection last year was so richly deserved.

Named to the Championship All-League Team in each of the past two seasons, including First Team honors in 2020, you could easily place Thomas Vancaeyezeele among the most consistent players in the Championship right now. Since joining Pittsburgh Riverhounds SC as a rookie for the 2018 season, only Aodhan Quinn has seen more regular-season action than the French Guinean’s international’s 7,030 minutes, and only the Tampa Bay Rowdies’ Lewis Hilton has made more appearances than Vancaeyezeele’s 80.

That presence – and a high standard of play – made him an essential piece as the Hounds became a force in the Eastern Conference under Head Coach Bob Lilley. Vancaeyezeele’s 170 interceptions are the most by any player across the past three regular seasons, while he also ranks sixth in Duels Won (457 at a 57.7 percent success rate) and 10th in Aerial Duels Won (224 at a 64.9 percent success rate).

Now the former NCAA Division II Player of the Year – earned in 2017 with the University of Charleston (W.V.) – is headed to the West Coast and San Diego Loyal SC, which itself put up sterling defensive numbers in its inaugural season in the Championship. The 26-year-old should be a strong addition for the club’s overall aspirations. If he does, yet more individual accolades could be headed Vancaeyezeele’s way.

Leland Archer, Charleston Battery – There’s a method behind the way Charleston Head Coach Mike Anhaeuser brings players along, which meant Leland Archer’s first two seasons only saw him make 31 appearances for the Battery. As it proved with Forrest Lasso – who made 32 appearances in his first two seasons in Charleston – the third year was the breakout for the Trinidad & Tobago international. Playing every game of the season, Archer earned his first All-League selection in 2020, and will be aiming for more success this campaign.

Mechack Jerome, El Paso Locomotive FC – After seeing his 2019 season come to a cruel early end through injury shortly as he prepared to compete for Haiti in the Concacaf Gold Cup, Mechack Jerome showed he was back to his regular self – which is pretty damned good – in helping lead El Paso Locomotive FC to a second consecutive Western Conference Final. The 30-year-old is an ideal fit in the club’s back line, with a passing accuracy rate of 84.5 percent in the past two seasons while averaging almost five possession recoveries per game.

Rob Kiernan, Orange County SC – The former Rangers FC man added to Orange County’s back line last season played somewhat by the adage that you and the ball will not pass me together. Rob Kiernan was not dribbled past once by an opposing player, but did record 19 fouls and only had a tackle success rate of 60 percent. If he can sharpen up in that area, his work elsewhere – 61.5 percent success in Duels, 67.7 percent success in Aerial Duels – will shine that much more.

Hayden Sargis, Sacramento Republic FC – As a 17-year-old signing in one of the more experienced squads in the Championship a season ago, Hayden Sargis was a revelation. The SRFC Academy product produced impressively in his first campaign and was named a finalist for the Championship’s Young Player of the Year as a result. This year, that will bring added expectation, but if Sargis – who turns 19 on May 2 – shows progression in Year 2, his future could be wide open.

Sean Totsch, Louisville City FC – With Paco Craig departed, Sean Totsch picked up the mantle and became the rock at the center of Louisville City FC’s defense in 2020 and was rewarded with All-League Second Team honors after his best campaign yet. With a new contract signed this offseason, the 29-year-old will enter his fifth season at LouCity looking to add to his collection of three USL Championship Final victories as a player.