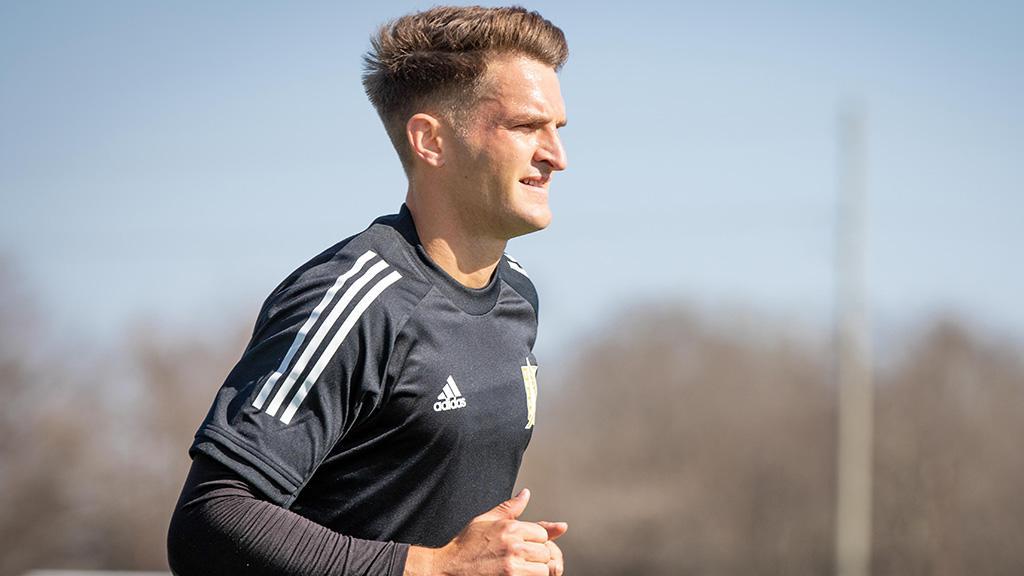 TULSA, Okla. – FC Tulsa announced on Wednesday it had signed English forward Michael Cunningham, pending league and federation approval, after he spent the last month training with the team on trial.

“Michael was first put on my radar from the OPSM Tulsa combine,” said FC Tulsa Head Coach Michael Nsien. “He showed a very direct 1-v-1 ability at the combine that I like for my wide players to be capable of. I decided that he’s someone that I wanted with the contracted players to see if he would replicate that same capability. While on trial with us, Michael showed great desire during our Houston/Dallas trip, which was designed to overload us physically, going 90 minutes in one match. Michael has the right mentality to be an FC Tulsa player, and I’m looking forward to working with him more.”

A native of Nottingham, England, Cunningham grew up playing amateur soccer in his home country before earning stints at the Nike Academy and Luton Town, both in England. He moved to the United States after accepting a scholarship to play for Roberts Weslyan College, an NCAA Division II school in New York. Cunningham was one of the best players in Roberts Weslyan history, compiling 30 goals and 17 assists in his collegiate career on the way to being named to the NCAA Division II All-America First Team on two occasions.

Following his standout four years in college, Cunningham signed his first professional contract in 2016 with Northcote City FC in the NPL Victoria, the Australian Second Division. Ultimately, Cunningham found his way back to the States, signing a contract in 2018 with the Rochester Lancers. Over three seasons of both indoor and outdoor soccer with Rochester, Cunningham has scored 26 goals and added 13 assists.

“I’m absolutely ecstatic to sign with FC Tulsa,” said Cunningham. “After such a warm welcome from the players and staff coming in as a trialist for preseason, I’m elated to continue the journey and join this talented squad for the rest of the season. I appreciate everyone at the club for this opportunity, and I can’t wait to meet the fans, explore more of Tulsa and help this team however I can this year.”

Off the pitch, Cunningham is a popular YouTuber, where he posts technical soccer training and fitness videos for aspiring soccer players. His channel, 7mlc, has more than 837,000 subscribers from all over the world.