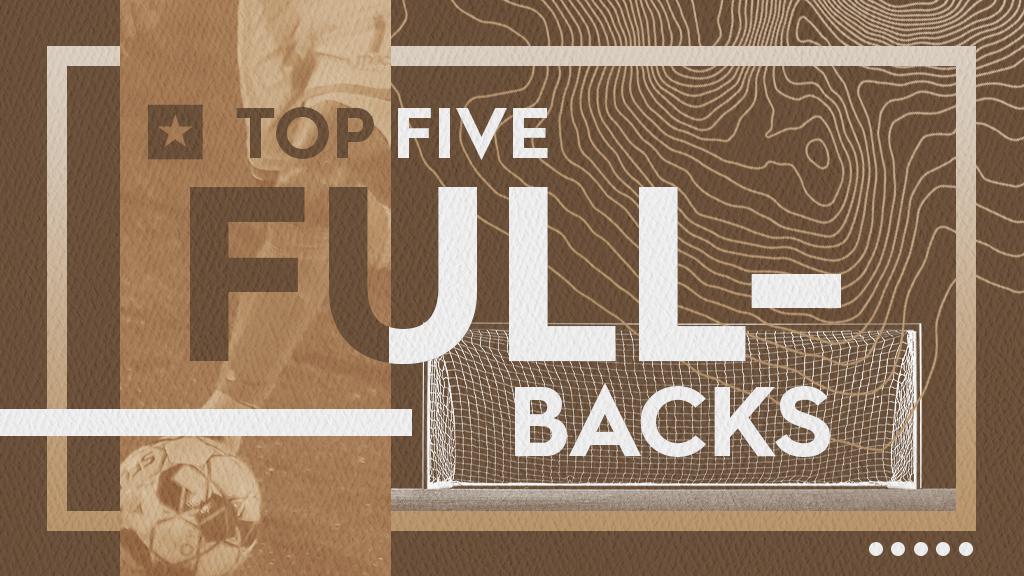 What are the expectations for a modern full back in soccer?

Creativity, certainly. Players that can perform at the attacking end of the field are highly valuable as teams look to build attacking overloads in the opposition’s half, and finding a player who can deliver a decisive final pass either in open play or from set pieces is a really useful asset.

But, as part of a back line, you’ve still got to be able to hold up your end defensively, and that may be where we see the dividing line between the players that appear to be at the top end of the Championship’s current group of full backs and the rest.

Here are the top five full backs in the league as we go into the 2021 Championship season, and five more to watch over the coming months.

There’s an existential debate about what position Ayoze currently plays for Indy Eleven. The club itself has him listed as a midfielder, a nod to his position on the left side of the 3-5-2 formation employed last season. But, from what I’ve seen, and what Ayoze’s numbers show, he’s still performing all the functions that you’d expect from the left back position and doing so at a high level.

You have to start, of course, with his brilliant left foot. Among players categorized as defenders over the past three seasons, no-one has contributed to more goals (24 – 16 assists, 8 goals) than the veteran Spaniard. His efficiency on set pieces has him ranked second with 164 chances created, and first with 31 Big Chances Created.

That’s a huge plus, but it’s accompanied by a still solid ability to hold up his end defensively. In 67 games, Ayoze has a duel success rate of 58.6 percent, and has made 87 interceptions and 448 recoveries – that last number ranks third among all defenders over the past three campaigns. That all-around game keeps the veteran among the best in his position going into his 19th professional season.

Mauricio Cuevas is the youngest player on this list, but it’s hard to look past what the U.S. Youth International did in his first full season – even if it was abridged – while helping the Galaxy II to their second consecutive USL Championship Playoffs berth.

Cuevas not only won more tackles than any other defender in the Championship with 38, but did so at an 82.6 percent success rate, putting him in the Top 10 in the league among defenders with at least 10 appearances. He also ranked tied for second in interceptions among defenders (35), and in the top 10 of duels won (84) at a success rate of 58.33 percent.

And that doesn’t even get to maybe the biggest contribution that Cuevas made to Los Dos’ success last year. His ability from set pieces saw Cuevas lead the Championship with four goals directly from free kicks, as well as notching three assists and 12 Key Passes overall. He may be young, but there’s reason to believe Cuevas is among the best of his current peers as of this moment.

It might have been easy to overlook the contribution Jack Metcalf made to San Diego Loyal SC’s successful first campaign defensively, but a closer inspection shows the continued growth of the former Clemson University and Liverpool FC Academy product over the past three seasons. Metcalf produced the goods at both ends of the field, delivering four assists while opposing players beat him off the dribble only three times in 15 games.

That success has been consistent over the past three seasons, where Metcalf has played error-free soccer for 62 consecutive regular-season games, not giving up an opposition shot due to a mistake in that span. His passing accuracy rate is almost as impressive at 86.1 percent overall, while with 90 Key Passes in the past three years, you could think Metcalf has been a little unfortunate to not be in double digits in assists like others on this list.

With San Diego’s expectations set high in its second season, Metcalf could be a key contributor to that success on the right side of the field.

Maybe the best way to describe Brent Richards’ style of play would be instinctual. It’s certainly a good way to describe the veteran converted forward’s sense of timing, which has made him one of the best two-way players in the Championship over the past four seasons at Reno 1868 FC.

It comes through in the anticipation Richards has, which has seen him lead all defenders over the past three seasons with 156 interceptions in 76 appearances, or his nose for the ball that has him ranked in the top 10 with 380 recoveries. Cutting opponents off before they can get the ball under control has also been a notable aspect of his game, winning 60.9 percent of duels and the fifth-most duels overall (426) among defenders.

The attacking instincts that saw him succeed early in his career haven’t left him completely, though. He’s recorded five goals and 11 assists in the past three years, including four goals a season ago as his willingness to join the attack helped Reno earn the best record in the league’s regular season. Now in the squad at Orange County, Richards could be one of the most important additions of this offseason for a team with aspirations of silverware of its own.

As one of the few remaining players in the Championship to have competed in the league’s inaugural season in 2011 – back then for the club now known as Orange County SC – Josh Suggs has grown into not only an influential leader but a strong full back both in prior stops and now in his native New Mexico. Suggs ranks second all-time in minutes played in the regular season going into this season, trailing only Taylor Mueller, and has continued to get better with age.

Defensively, he’s been difficult to beat one-on-one. In 72 appearances over the past three seasons, Suggs has only been beaten by an opponent 47 times, pretty good in wide positions. He’s also won 67.5 percent of his tackles and made 114 interceptions while offering important leadership to help United reach the postseason each of its first two seasons. New Mexico also misses Suggs’ presence when he’s unavailable. They’re 18-10-10 in the regular season when he plays, and 1-4-6 when he doesn’t.

On the attacking end, you can make a case that Suggs has been a little unlucky to not have bigger numbers than his three goals and nine assists over the past three years, too. He ranks third with 131 Key Passes over the past three seasons, and according to American Soccer Analysis has a -2.73 expected assists ratio, meaning while he’s creating, the finishing hasn’t quite been there at the other end. With better luck, Suggs could earn his second Championship All-League selection this year.

Zachary Ellis-Hayden, OKC Energy FC – One of the bright spots for Energy FC a season ago was the play of Zachary Ellis-Hayden, who quietly has been putting up some strong numbers in recent seasons. With nine assists and 59 Key passes in 65 games, the Canadian has shown the ability to get forward, but his ball-winning has also been impressive, recording the second-most duels won among defenders (538) at a success rate of 57.5 percent and 78 interceptions.

Ryan James, Birmingham Legion FC – Another Canadian, Ryan James produced strong numbers over the past two seasons with Pittsburgh Riverhounds SC and will be looking to continue that as he makes the move to BBVA Field this season. James’ ability as a wingback saw him notch five goals, five assists and 50 Key Passes in 66 games over the past three seasons while also posting solid numbers in duel success (59.5%) and tackle success (68%).

Oscar Jimenez, Louisville City FC – There’s arguably no better attacking full back in the Championship than Oscar Jimenez, who’s recorded the most assists (18) and Key Passes (183) among defenders in the past three seasons. Where the question mark has been is in the defensive end, where Jimenez has been beaten off the dribble 90 times – the most among defenders – in 78 games and has won only 47.2 percent of duels in the same timeframe.

Duke Lacroix, Sacramento Republic FC – Similar to his former teammate Brent Richards, Duke Lacroix was a more attacking player early in his career before finding a new home on the back line. He’s fit in well to that role, too, recording four goals and 10 assists in the past three seasons while making 458 recoveries and posting a 71.2 tackle success rate. He could make an important contribution in Sacramento this season.

Sean McFarlane, Miami FC – Returning for his second stint in Miami, Sean McFarlane is coming off two seasons where he notched 14 combined assists and 68 Key Passes for Austin Bold FC. If he can produce at the same manner while improving some of his defensive areas – 51.6 duel success rate, 42 interceptions in 46 games – then it could be a very happy return.