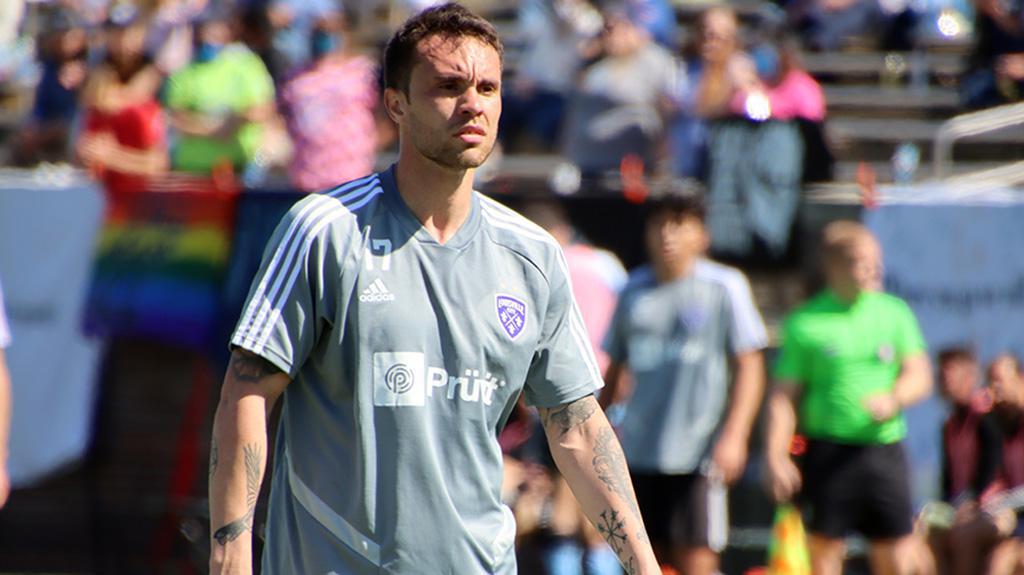 CHATTANOOGA, Tenn. – Paolo DelPiccolo, Jimmy McLaughlin and Cameron Lancaster all scored during the second half as Louisville City FC’s attack found its stride in a 3-2 preseason victory against Chattanooga FC on Saturday afternoon at Finley Stadium.

Lancaster provided the deciding goal with seven minutes with rocket of a shot as LouCity returned to the win column.

LouCity's head coach, John Hackworth, lauded the way his club rallied “in the fashion that we did.”

“Basically changed a little bit of tactics, took what our opponent was giving us and that was really important,” Hackworth added. “The guys that came on in the second half made a huge impact and scored two goals out of the three.”

Chattanooga took the lead in the 10th minute when Sean Hoffstatter found the net, and that remained the way it stayed past the halftime break as LouCity had its share of near misses. The breakthrough for the visitors finally arrived through DelPiccolo in the 67th minutes, however, as he tucked home a finish after a Jonathan Gomez corner kick caromed around the penalty area.

Five minutes later, McLaughlin – the former FC Cincinnati forward who signed with LouCity this past offseason – then netted his first goal in purple, capitalizing on a one-on-one chance with the opposing goalkeeper.

“It means the world to me,” McLaughlin said of scoring. “We've put in a lot of hard work here over the last seven, eight, nine weeks of preseason. The coaching staff has been challenging and pushing me out of my comfort zone to get the best out of myself. The guys have been really helpful in integrating me into the system and into the team, and it feels good for it to all come together today with my first goal in purple.”

Chattanooga quickly tied the score again through Juan Hernandez's 75th-minute strike, but then Lancaster provided the final answer with a powerful finish into the top-left corner of the net.

Lancaster’s goal was a long time in the making. He had the rebound off a free kick just outside the penalty area turned away in the 34th minute, forced the keeper to make a stop on a header soon after and in the 54th minute broke down the defense but sent his finish just high.