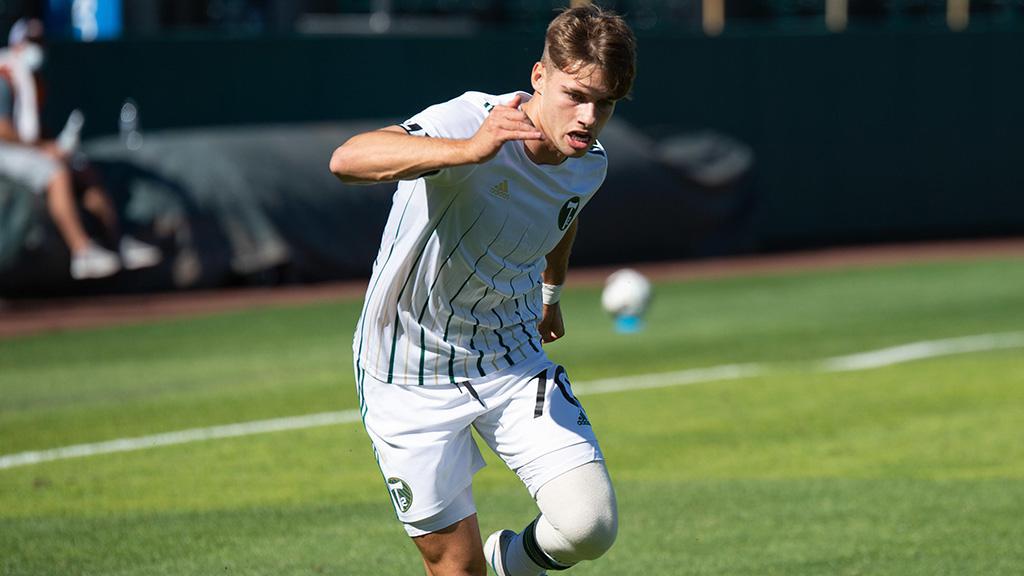 The 22-year-old – whose signing by the Timbers to a Major League Soccer contract was also announced on Friday, having previously competed for the Portland Timbers 2 in the USL Championship – has reported and will be eligible Saturday when LouCity plays Chattanooga FC in a preseason exhibition.

“It’s a win-win situation for us and Portland,” said LouCity Head Coach and Sporting Director John Hackworth. “He fits the profile in terms of technical and tactical ability, but he’s also a really good person who’s going to increase the competitiveness for playing time on the field.”

Gonzalez recorded eight goals in 10 appearances for T2 during the shortened 2020 Championship season, which included a run of six goals and an assist across five appearances during the month of September.

A native of Valencia, Spain, Gonzalez made the move to the United States in 2016 to play collegiately at NCAA Division II’s Mercyhurst University in Erie, Penn. In his one season with the Lakers, the midfielder had a Pennsylvania State Athletic Conference Freshman of the Year campaign while tallying 14 goals and four assists in 18 appearances.

Gonzalez transferred and found his footing at the NCAA Division I level with SIU Edwardsville, where he was coached by future LouCity Academy Director Mario Sanchez. The midfielder finished a decorated three seasons there by being named the 2019 Mid-American Conference Men’s Soccer Player of the Year.

Gonzalez, who also competed with USL League Two side Chicago FC United during his senior year at SIUE, was selected 76th overall in the 2020 MLS SuperDraft by Los Angeles FC. He wound up signing with the Timbers, joining their USL Championship side and made his professional debut on Aug. 3, 2020, in a 4-0 victory against the Tacoma Defiance.

“I’m really excited to be here after a long time without being on the pitch,” Gonzalez said. “I can’t wait to play my first game in Lynn Family Stadium. Louisville City FC has always been a great team looking in from the outside. It’s great to join them for the season.”