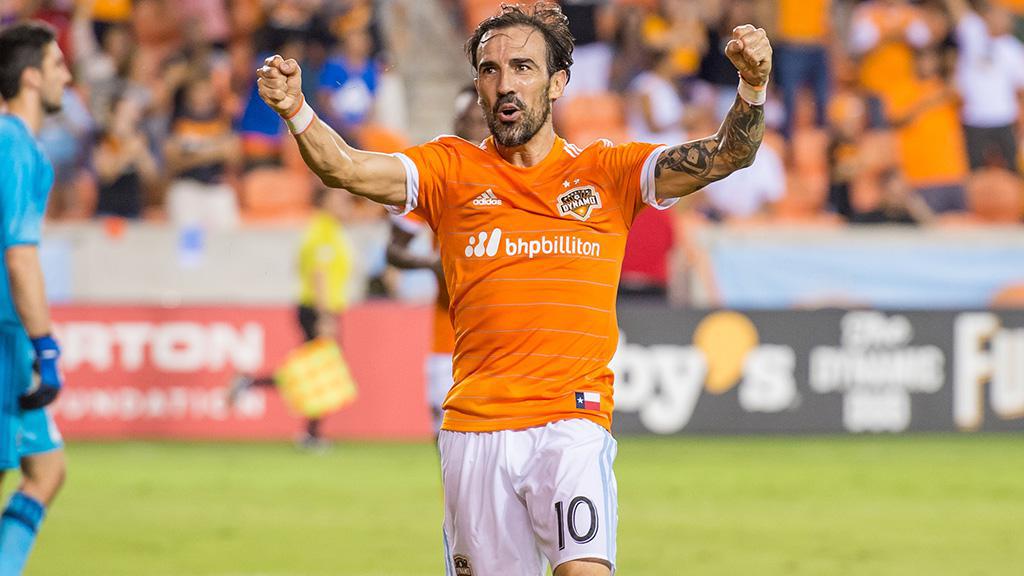 Veteran forward Vicente Sanchez will return to action with Rio Grande Valley FC in the Championship this season, having most recently competed for Houston Dynamo FC in 2017. | Photo courtesy Houston Dynamo FC

EDINBURG, Texas – Rio Grande Valley FC announced on Friday it had signed veteran forward Vicente Sánchez for the 2021 USL Championship season. The former Uruguayan international will come out of retirement to play for the Toros while also being a member of the coaching staff.

“It is very difficult to say things about Vicente Sánchez with a few words,” said Toros Head Coach and Sporting Director Wilmer Cabrera. “His unbelievable and outstanding soccer career and his quality as a person will become a great addition to our coaching staff, and especially to the locker room for our players. Also, I’m sure the fans will enjoy his performances on the pitch.”

Sánchez retired following the 2017 season with the Houston Dynamo FC, where he played under Cabrera. The experienced attacker dressed for the Dynamo in 2017 making 21 appearances, three starts where he notched two goals and recorded five assists in a total of 517 minutes. Sánchez recorded the Dynamo’s fifth fastest goal in history at the 60-second of play in a 3-3 draw at FC Dallas on Aug. 23, 2017.

The Montevideo, Uruguay native played for Defensor Sporting Club in his hometown for the 2016 season. With Defensor, Sánchez made 10 appearances and scored two goals.

Prior to Defensor Sporting, Sánchez began his MLS career with Colorado Rapids in 2013, under Cabrera, where he played for three seasons, until 2015. Sánchez recorded his first MLS goal on Sept. 14, 2013 against FC Dallas and created the play that led to a Dallas own goal in the 2-1 victory. Sánchez made a total of 55 appearances, 35 starts with Colorado, scoring 11 goals and recorded nine assists.

In addition, Sánchez has made 31 appearances with the Uruguayan National Team and has scored five goals – scoring in 2004 and 2007 Copa América features.