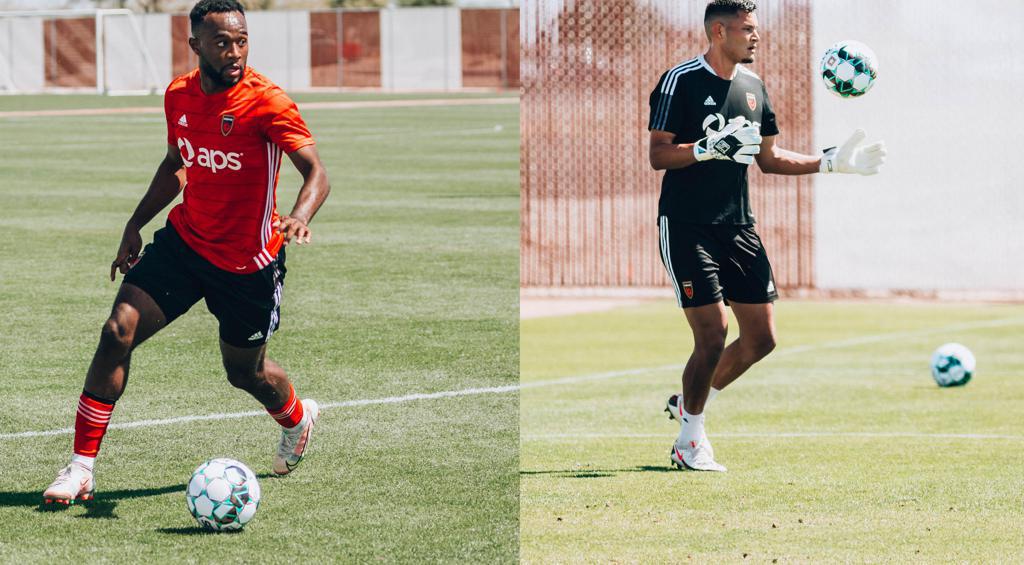 “Edward is a fantastic young goalkeeper,” said Rising FC Head Coach Rick Schantz. “We have watched him for a couple years. He has very good feet and is a great shot stopper. I expect to see him to develop immensely under Cory Robertson. Seyi is a powerful and very fast forward who brings a different quality to our attack. He has experience and is a wonderful person. I’m very happy to add him to our roster.”

“I feel like I am taking a big jump in my career by joining Phoenix Rising,” said Delgado. “This club is the standard in USL. It has proven to be a championship-level side. I feel blessed to have this opportunity. I’m excited to keep growing and learning. I’m a bit younger than Zac [Lubin] and Andre [Rawls] but that’s not an excuse. I’m here to compete and to make the team better.”

Adekoya began his professional career as a Homegrown signing for Major League Soccer’s Seattle Sounders FC prior to the 2017 season after three seasons at UCLA. He made two appearances for the Sounders that year before joining Vendsyssel FF in the Danish First Division in 2018. Adekoya found the back of the net three times in 22 appearances, prior to stops in the Maltese first division with Balzan FC and back in Denmark with Thisted last season.

“I want to thank my family and friends for all the support and encouragement they've given me throughout the past year,” said Adekoya. “It has meant the world to me. Going abroad the past two years was very good for me. I was able to develop tactically. Players from Denmark are very focused on tactics from a young age. It helped me grow in ways I hadn’t been pushed before.

“Phoenix is a high-level, talented team. When I got the opportunity to come in for the trial, I was very excited. I knew I was joining a team that won the West last year, but it is a good fit. The style of play matches my own. I like to press and win the ball high up the field. It’s a perfect fit for the player I have become.”