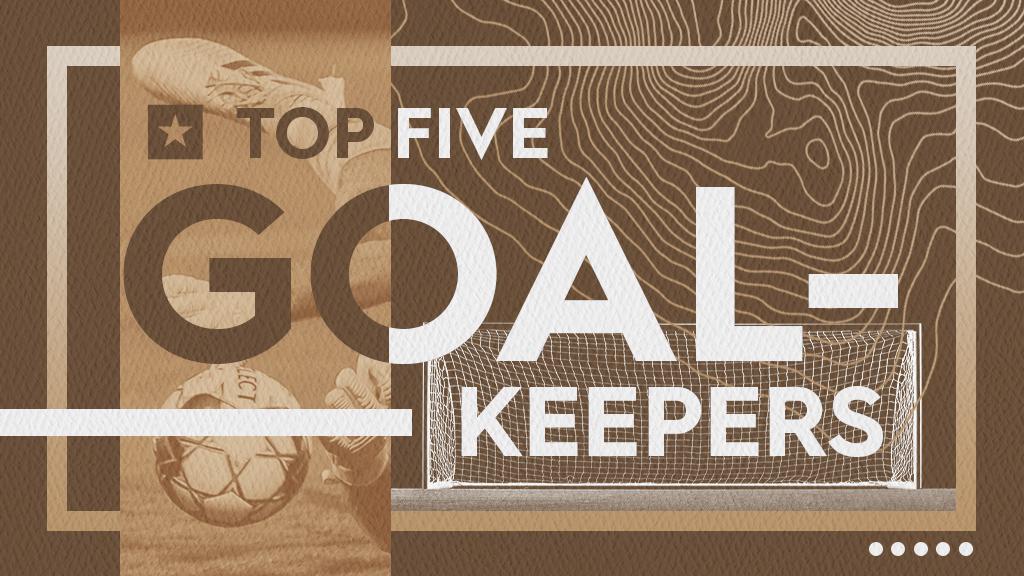 With many familiar faces set to return in the goalkeeping ranks in the 2021 USL Championship season, it might seem simple to pick out the best five going into the new campaign.

At the same time, opportunities in Major League Soccer have come quickly for some of the Championship’s top performers in the past three seasons. In fact, the top five save percentages posted by goalkeepers with at least 40 appearances in that span are all held by players that are either in MLS (John McCarthy, Evan Newton, Kyle Morton), a top-flight overseas (Josh Cohen) or retired after ending their careers at the top of their game (Matt Pickens).

Add in the absence of defending Goalkeeper of the Year award-winner Ben Lundt, now back at FC Cincinnati after his season-long loan to Louisville City FC, and you have a wide-open claim as to who the front-runner for this year’s award will be.

With the new season now four weeks away, though, here are five shot-stoppers who could lay claim to being the best in the Championship as this season begins, and five more to keep an eye on throughout 2021.

Rafael Diaz entered his third season in Sacramento still waiting for his opportunity. When it arrived, he made the most of it.

The 29-year-old – whose career in the Championship had seen him serve as a back-up first in 2014 at Orlando City SC before three seasons with the New York Red Bulls II – got his shot as Republic FC’s starter midway through the 2020 campaign and came through with the best save percentage (76.5%) of his career as well as a 0.80 goals-against average and four shutouts.

What also impressed was the way Diaz made valuable saves as Sacramento fell only twice in 16 regular-season contests. The -2.54 spread between his Expected Goals Faced figure (10.54) and his actual goals conceded (8) was notable, and if he continues to outperform expectations again this season it should help Sacramento be right in the mix for a playoff run again.

The displays and confidence Diaz showed in Sacramento has also paid off in the past few weeks, where he’s now made three appearances for the Dominican Republic on the international stage, posting two shutouts in the country’s opening games of World Cup Qualifying in March. As well as Diaz played last year was, this season has the potential to be even bigger.

Pop Quiz: Can you name the active Championship goalkeeper who has recorded the most shutouts over the past three seasons in the league? Obviously, since this is in a section dedicated to Joe Kuzminsky, it’s the Charleston Battery shot-stopper, whose 24 clean sheets have outstripped all of his contemporaries bar the retired Matt Pickens.

Those types of numbers – to which you can add a 71.25 save percentage over 62 career appearances for the Battery – were what saw Kuzminsky spend the first half of the 2020 Championship season on loan with Israeli Premier League side Maccabi Haifa. While the Colorado native wasn’t able to find the same breakthrough as former Championship standout Josh Cohen at the club, however, upon his return to Charleston he slipped straight back into the lineup like he never left. Four shutouts in seven games in the regular season helped the Battery’s late-season challenge to the Tampa Bay Rowdies.

Now one of the long-standing pieces in the Battery’s squad, Kuzminsky should have another big campaign ahead. If he does, Charleston will once again be in contention for a postseason berth.

Arguably one of the most memorable performances of the 2020 USL Championship Playoffs came in what ended up  a losing cause, but Sean Lewis’ eight-save display for FC Tulsa on the road against El Paso Locomotive FC in the Western Conference Quarterfinals provided an exclamation point to what was the best season of his career.

It’s been a gradual progression to this point for Lewis, who raised his performance in concert with that of Tulsa overall in the first season of its new era under the ownership of the Craft Family. Lewis was not only one of the busier goalkeepers in the Championship with 51 saves – tied for third in the league – but he was one of the sharpest. Lewis finished second in the league with 13 catches, fourth in the league with a 76.1 save percentage, and didn’t commit one drop or an error leading to an opposition goal.

As Tulsa continues to grow this season, Lewis should too as he enters the likely prime of his goalkeeping career. 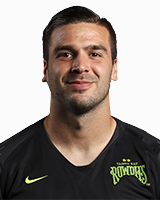 Going from the high-pressure situations he faced with the New York Red Bulls II for three seasons to the more pragmatic defensive principles employed by the Tampa Bay Rowdies, the expectation was Evan Louro’s main numbers would make a big uptick in 2020. They did, and even with the reduced regular-season schedule it meant career highs in shutouts, save percentage and goals-against average for the New Jersey native.

What didn’t change, though, was Louro’s own consistency. Despite ranking second in games played among goalkeepers in the past three seasons in the Championship – his 70 appearances rank second to only Alex Tambakis over that span – Louro has committed only one error that led to a shot for an opponent and no errors that led to an opposing goal, according to Opta. That also applies to Louro’s handling, where he’s made 22 catches and registered only one drop.

That standard, which endeared him to Rowdies fans in his first season at the club, is one Louro will look to maintain this year as the Rowdies defend their Eastern Conference crown.

As the Charlotte Independence made their return to the USL Championship Playoffs for the first time since 2017 last year, the renaissance of Brandon Miller in his third season with his hometown club was one of the key elements. But, in reality, the return to top-level form for the 2015 Championship Goalkeeper of the Year has been building since Miller signed for the Independence in 2018.

You can look at Miller’s save percentage, which has risen each of the past two seasons to his best mark since setting a then-single season record with the Rochester Rhinos in 2015 of 13 shutouts in the regular season. Miller has also had to be great for his team to succeed – he led the league in saves last regular season with 61 and had almost 100 the year before. That’s what accounts for the -2.63 difference in his Goals Conceded total (20) last season and his Expected Goals Faced figure (22.63), which certainly may have been the difference as the Independence finished first in Group G and hosted its first playoff game a season ago.

After earning Championship All-League honors for the second time in his career, it’s going to be fascinating to see what Miller has in store for his encore as the Independence move into Memorial Stadium this year.

Ben Beaury, Oakland Roots SC – While Reno 1868 FC’s attack may have grabbed the headlines last year, Ben Beaury put in a stellar season on loan from New Mexico United, posting a league-best -5.58 difference between his Goals Conceded (14) and Expected Goals Faced value (19.58) according to American Soccer Analysis. Now in Oakland, he could be key to Roots SC having a successful first year in the Championship.

Logan Ketterer, El Paso Locomotive FC – There’s a lot to like in Logan Ketterer’s play and numbers over the past two seasons, where he’s notched 20 shutouts, saved 5 of 11 penalty kicks he’s faced and posted a 69.7 save percentage. The challenge has been the mistakes – no goalkeeper has had more errors turn into goals than Ketterer’s four. Clean that up and Ketterer could be in the picture for awards.

Zac Lubin, Phoenix Rising FC – Lubin’s heroics in penalty shootouts during the 2020 USL Championship Playoffs proved pivotal to Phoenix claiming the silverware. He’s been reliable since taking over as Rising FC’s No. 1 midway through the 2018 season, but there still could be more to come from the veteran shot-stopper.

Trey Muse, San Diego Loyal SC – Muse’s move on loan from Seattle Sounders FC to SD Loyal is an intriguing one for both the 21-year-old as he looks to take the next step in his career, and for San Diego, which got full value from goalkeeper loanee Jon Kempin last season in its bid to reach the Championship Playoffs.

Danny Vitiello, Pittsburgh Riverhounds SC – Vitiello grabbed the Golden Glove with the Hounds by the narrowest of margins last season while ably aided by Pittsburgh’s strong back line. There will be more of a spotlight on the New York native as he looks to build on his success.