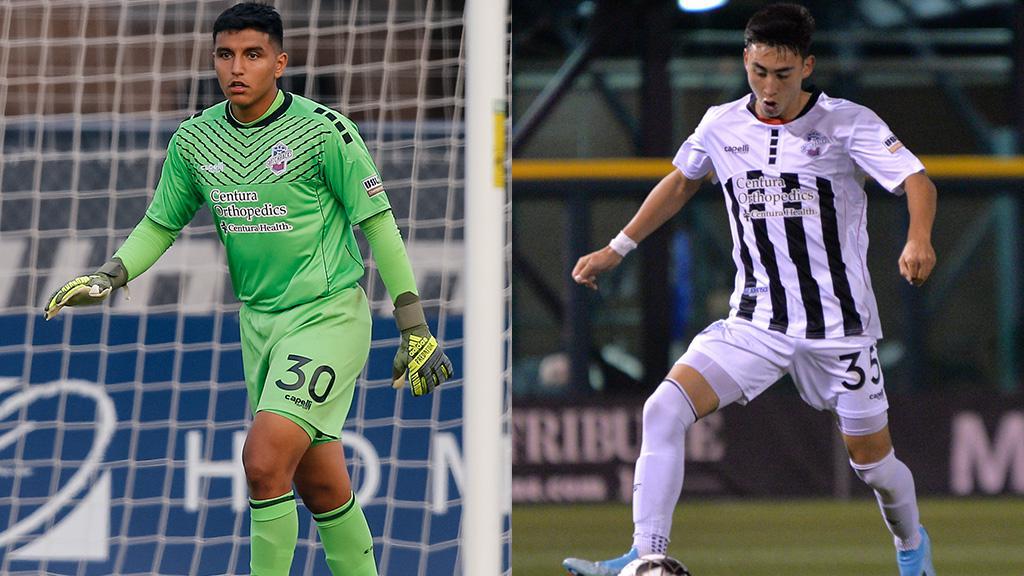 Per the Right of Recall incorporated in the loan agreement, the Rapids retain the right to recall the players at any point during the MLS regular season, subject to MLS roster compliance guidelines.

“We are delighted to be adding so much quality to our team all at once with this announcement,” said Switchbacks Head Coach Brendan Burke. “We are in a good place with our preseason preparations so far and these five players will certainly help to improve the training environment. Our staff is really looking forward to working with Sebastian, Michael, Matt, Philip and Abe.”

Rodriguez rejoins the Switchbacks after appearing in 21 USL Championship games over the past two years. Signed to a Homegrown Player contract by the Rapids in February 2020, the 18-year-old had made his debut for the Switchbacks as a USL Academy signing against Phoenix Rising FC on March 30, 2019. Selected to the USL 20 Under 20 in 2019, Rodriguez has made 69 saves and posted one shutout for the Switchbacks previously.

Anderson came up through the Rapids Academy and signed a Homegrown Player contract with the club in April 2019 to become the youngest signing in Colorado Rapids history. At 16 years old, Anderson was the youngest player to debut for the club and subsequently became the youngest player to score a goal in Major League Soccer for Colorado when he found the net aged 16 years 11 months 13 days against New York City FC. The Colorado native has appeared in six MLS matches and four USL Championship matches already in his young career.

Edwards joined the Rapids earlier this month from German side VfL Wolfsburg after Colorado acquired his Homegrown rights from D.C. United. The 20-year-old center-back made 14 appearances for Wolfsburg’s U-19s before being promoted to Wolfsburg II in the Regionalliga Nord, the German fourth tier, in July 2019. Edwards made 17 appearances for the reserve side, all of them starts, and also trained with Wolfsburg’s Bundesliga squad during his time with the club.

Mayaka was selected third overall by the Rapids in the 2021 MLS SuperDraft after a stellar career at Clemson University. In 2019, he was named the ACC Freshman of the Year and was a semifinalist for the MAC Hermann Trophy, awarded annually to the top men's and women's college soccer players. The Nairobi, Kenya native was a key part of Clemson's 2020 ACC Tournament title-winning squad.

Hundley returns for his second stint with the Switchbacks after joining the club on loan in 2019 when he made 29 appearances and score one goal. The Littleton, Colorado native spent the 2020 season on loan to Memphis 901 FC in the USL Championship, scoring two goals in 10 appearances. Hundley was the 10th Rapids Academy product to sign a Homegrown contract with the Colorado Rapids in January 2019.