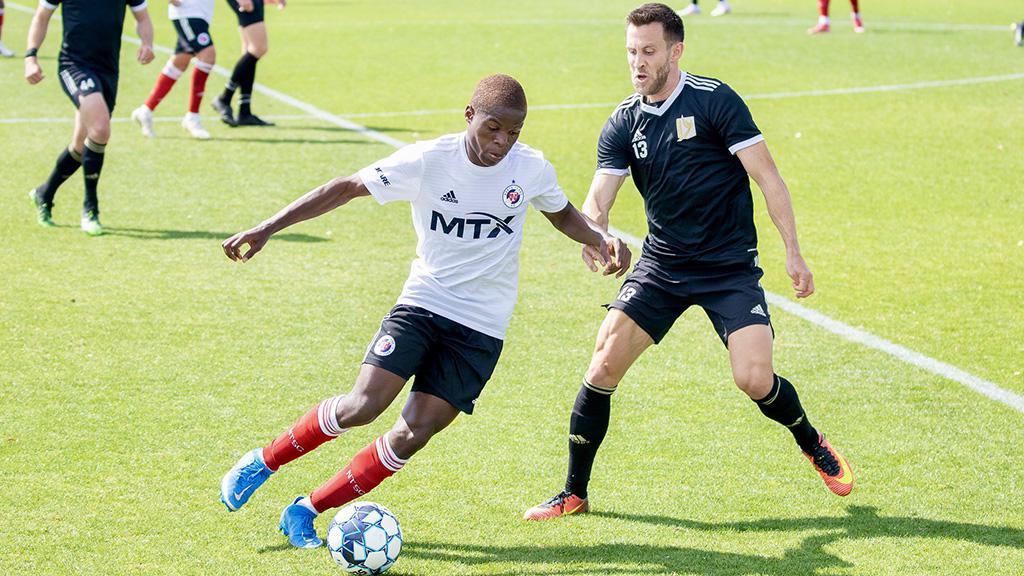 FRISCO, Texas – FC Tulsa wrapped up a run of three preseason games in four days with a 1-0 defeat to USL League One side North Texas SC on Saturday afternoon at the Toyota Soccer Center.

A second-half goal by one of North Texas SC’s trialists decided the contest after Tulsa had put in a solid opening 45 minutes. The visitors had the better of the game throughout the first half, and almost struck in the eighth minute when a shot by Jerome Kiesewetter clipped the outside of the post. Dario Suarez and Rodrigo Da Costa also had chances to capitalize but were thwarted by good goalkeeping and bad luck as Tulsa failed to score for the third consecutive preseason outing.

“You can tell that the final third is something we haven’t quite worked on yet,” said Tulsa  Head Coach Michael Nsien. “With key players missing in that position combined with new players in those positions, we have to spend some time adapting. We have to execute better in those areas.”

Eventually, it was North Texas that broke through midway through the second half as a corner kick resulted in a goal for the home side. That goal held up as Tulsa was unable to respond while rotating through its squad in the second half.

“It’s preseason, so it doesn’t matter how many games you play, everything is about getting fitness up,” said Suárez. “It’s about realizing the movements, trying to put the work in. We’re putting in that training in preseason every single day, every single game. Of course, every player is tired, because of travel and three games. We all got a little bit better fitness for the season.”

With four weeks to go until Tulsa’s season kicks off against Black Gold Derby rival OKC Energy FC on April 24, Nsien is looking to see how his squad reacts to its arduous trip in the days ahead of next Friday’s scrimmage with USL League Two club FC Wichita.
“It’s important that the players keep that competitive spirit,” said Nsien. “Not only against an opponent, but within the group. Obviously, we’re still looking at who will be the first eleven when we play in that season opener against Oklahoma City. The players are going to have to recover, battle and compete with each other. It’s endurance. Mentally, physically, you have to be able to endure a preseason, compete with the opposition, compete with teammates. Bodies are broken down, who has the character to continue to get up and go?”