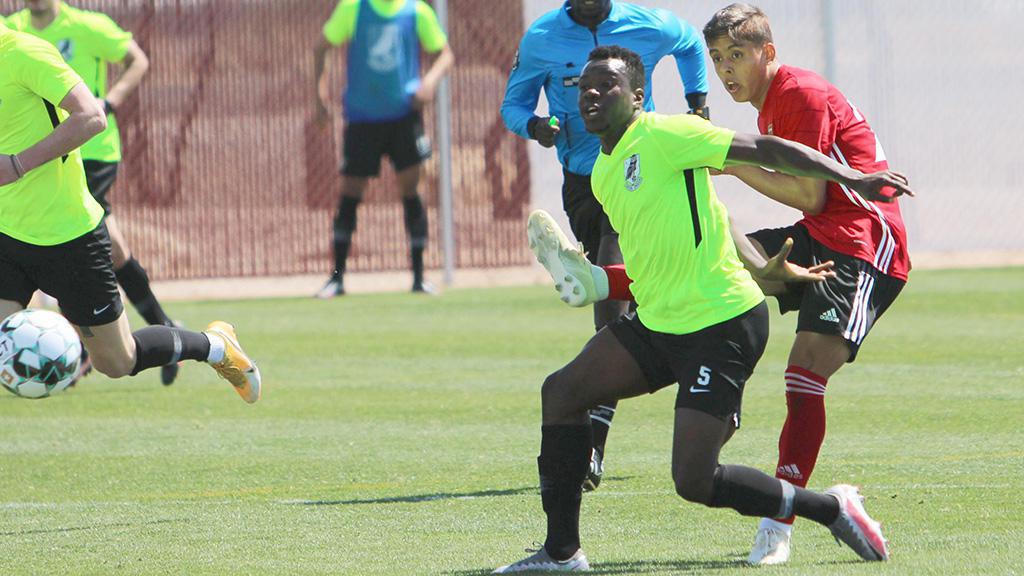 PHOENIX – USL League One side Union Omaha rallied to take a 2-1 victory against the Championship’s Phoenix Rising FC on Wednesday afternoon at Wild Horse Pass as both sides continued their preparations for the upcoming season.

Rising FC opened on the front foot and almost took the lead in the 12th minute when Aodhan Quinn made a positive run in behind Omaha’s back line and was found by a pass on the left side. The midfielder chipped a great ball into the box with his first touch that picked out Rufat Dadashov, but his header went directly into the goalkeeper’s hands.

Phoenix threatened again shortly before the conclusion of the first of three 30-minute periods as Santi Moar raced down the left flank after taking a pass near the halfway line. Moar cut inside and tried to beat Union’s goalkeeper to the near post, but only to be denied by a solid kick save to keep the match scoreless.

Dadashov broke the deadlock three minutes into the second period, however, as he got onto a pass that split the Omaha back line. The Azerbaijani forward had time to pick up his head and knock a shot past the goalkeeper to make it 1-0.

Omaha evened the score eight minutes later off a set piece 30 yards from goal. The ball was curled to the back post, where an Omaha player rose above his marker to redirect a header into the back of the net. Los Buhos then struck again in the 53rd minute when a player drove to his right after picking up possession 25 yards from goal before firing a shot back across the frame and into the net.