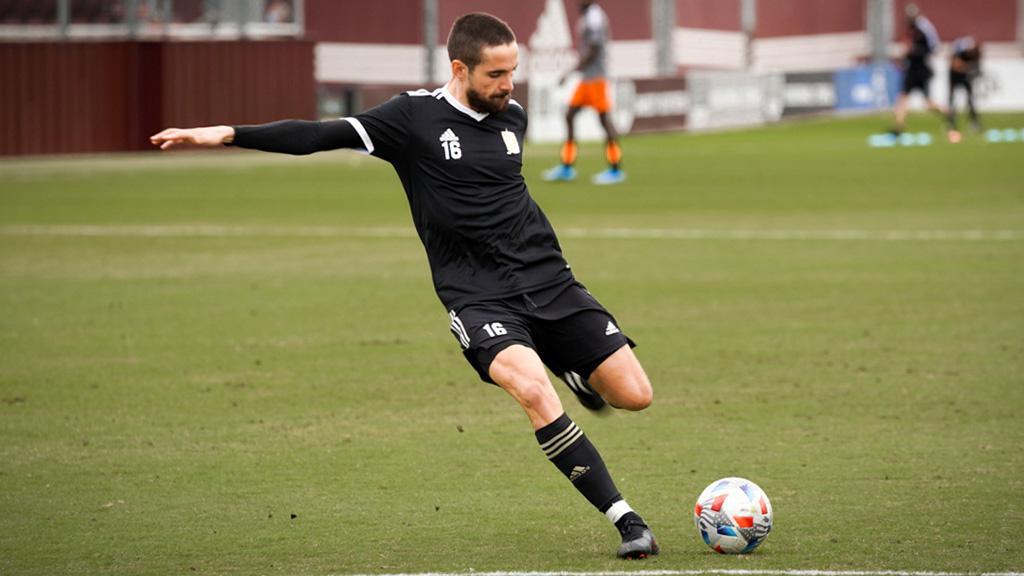 COLLEGE STATION, Texas – FC Tulsa’s first official game of the preseason ended in a 3-0 defeat to Major League Soccer’s Houston Dynamo at Ellis Field on the campus of Texas A&M University on Wednesday afternoon as former USL Championship standout Tyler Pasher was among the scorers for the Dynamo.

“I think we had moments," said FC Tulsa head coach Michael Nsien after the match. "The game is about finding consistency. We had a couple moments in the first half, and I thought we came out in the second half and showed a little bit better character. I think the important part was trying to find our style of play against a team that was comfortable moving the ball around. We were just trying to establish a good rhythm. We had good moments, but of course we have to push forward and find more consistency.”

Pasher was involved in both of the Dynamo’s first-half goals, first setting up Max Urruti for a finish at the second attempt that just eluded Tulsa goalkeeper Dan Gagliardi. Pasher then struck himself in the 34th minute as an errant clearance offered him a chance to shoot from distance into an open net, an opportunity the Canadian took with aplomb.

Tulsa wasn’t at full strength for the outing with both Jorge Corrales (Cuba) nor Joaquín Rivas (El Salvador) unavailable due to competing for their national teams this week in World Cup qualifying. The game did see debuts for some of the club’s newcomers as defender Mo Jadama, midfielder Lucas Coutinho and forward Jerome Kiesewetter all featured in the starting lineup. Defender Leo Folla joined the fray as a 70th-minute substitute to make his preseason debut as well. Goalkeeper Austin Wormell and midfielder Tony Mota came on in the 74th minute.

Houston added a third goal in the 57th minute when midfielder Matias Vera slid in to turn home a low cross by Urruti. While the result didn’t go Tulsa’s way, however, it did offer some positive moments to build on, and a chance to reconnect with some familiar faces that are set to compete for the Dynamo this season for players like Bradley Bourgeois, who squared off with former Nashville SC teammate Derrick Jones.

“It is good to see a familiar face on the other side,” said Bourgeois. “It’s fun, and it’s a great thing seeing guys that were in USL Championship getting a chance to have a real opportunity in MLS. I talked to him, I wished him nothing but the best. Derrick [Jones} as well, who I played with in Nashville. It’s good to see guys get real opportunity at the MLS level. I’m definitely rooting for them.”