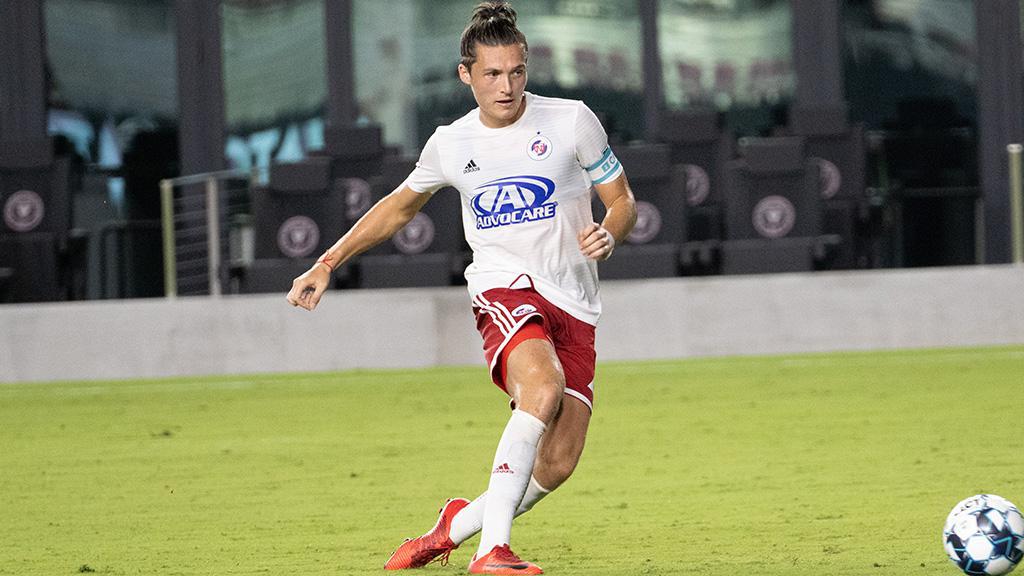 “We are delighted to have signed Brecc for the 2021 season,” said 901 FC Sporting Director Tim Howard. “For such a young player, he has captained a side to a League One championship and shown immense ability at multiple positions along the backline.”

Working his way through the FC Dallas Academy from 2014 to 2018, Evans played in 93 matches during his time in Dallas and guided his squad to a U-16 National Championship in 2016 and the Dallas Cup Super Group title in 2017.

Evans served as the captain of the U-19 team before returning to California to play collegiately for Cal Poly. In San Luis Obispo, Evans played for the Mustangs during the 2018 season starting all 16 matches and earning a place on the Big West All-Freshman Team.

After one season at Cal Poly, Evans returned to Texas with USL League One side North Texas SC in 2019. In a stellar debut season, Evans captained the team to a USL League One title ranking third in the league with 1,543 total passes with an 87.3 percent accuracy rate.

Following a brief loan to Austin Bold FC to begin the 2020 USL Championship campaign, Evans returned to North Texas SC in July to complete the League One season in Frisco. From 2019 to 2020, Evans made 32 starts in 32 matches, adding 91 clearances and 12 blocked shots. Joining a growing group of defensive veterans, Evans will suit up with fellow members of the backline in Zach Carroll, Raúl González, Mark Segbers and Skylar Thomas.