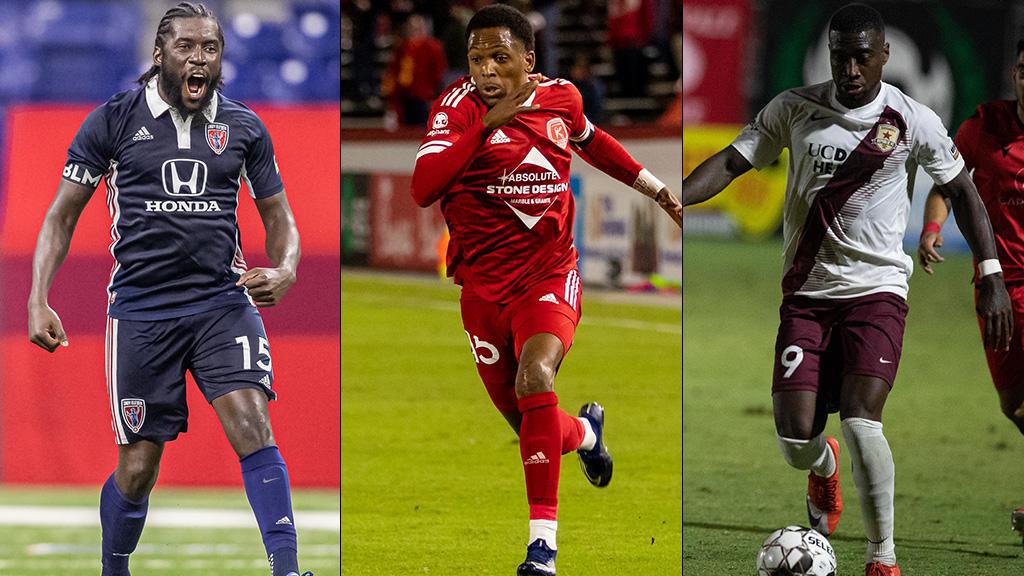 TAMPA, Fla. – Notable players from across the USL Championship and USL League One have been selected to represent their countries this month as FIFA World Cup Qualifying begins in Concacaf and Africa Cup of Nations Qualifying continues.

Twenty-one players from 13 nations have earned selection, including notable veterans and some newcomers to the international stage who will go in search of their first cap over the next two weeks.

One such player is Sacramento Republic FC’s Kharlton Belmar, who earned his first call-up for Grenada after starring for numerous seasons in the Championship. The league’s Rookie of the Year in 2015, Belmar has recorded 43 goals and 19 assists in the regular season for his career. Belmar is joined in the Grenada squad by the Charleston Battery’s AJ Paterson as it prepares to face El Salvador (March 25) and the U.S. Virgin Islands (March 30).

The upcoming round of matches could see Championship and League One players square off for their national teams, with Belmar and Paterson potentially facing FC Tulsa’s Joaquin Rivas after his selection for El Salvador.

Four Championship teams are set to see multiple players compete over the next two weeks, with Miami FC’s Christiano Francois (Haiti) and Billy Forbes (Turks & Caicos) both selected. Goalkeeper Rafael Diaz has also earned another call-up for the Dominican Republic, joining Republic FC teammate Belmar on international duty, while FC Tulsa’s Jorge Corrales is part of a historic Cuba squad that for the first time includes multiple players from overseas as he joins Rivas in earning selection. The Charleston Battery have four players selected, with Zeiko Lewis called up by Bermuda and Nico Rittmeyer earning selection by Guatemala to join Paterson and Archer.