Fodrey Finds Net for SD Loyal in Scrimmages Against Galaxy 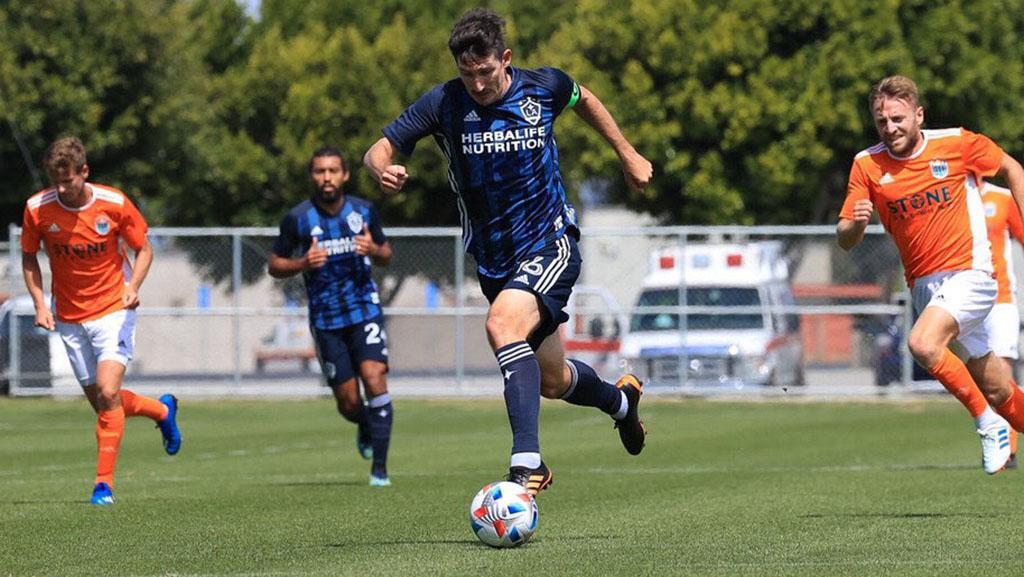 Fodrey’s goal earned coach Landon Donovan’s team to a 1-1 draw in the second scrimmage of the day. Preston Judd scored for the Galaxy via a penalty kick. The Galaxy won the first scrimmage 1-0 with a 53rd minute goal by Jonny Perez. Each 60-minute affair was broken into 45-minute halves with a 15-minute break and another 15- minute session after the break.

Fodrey, a preseason camp trialist, found the back of the net on a quick play, splitting two defenders and sending in a low, rolling left-footed shot. It was a play he briefly celebrated as he helped his chances in front of the SD Loyal coaching staff.

The scrimmage was also a measuring stick for Donovan’s squad against a team from a top-flight league.

“I thought it was very good today,” said Donovan. “We played against a good team, a very good team and we got exposed in some ways, which really tested us. We have to solve some problems and make some tough decisions on the field I thought the effort was great. I thought they got a lot out of it. We created a number of pretty good chances today and they are starting to get better, so we will just keep building.

Some of those efforts were a handful of SD Loyal players impressing on the pitch. In the first session, Charlie Adams nearly scored with a pair of shots on target. Alejandro Guido also had a chance with a shot that went just right. Meanwhile, SD Loyal goalkeeper Austin Guerrero showed off some of his talent in the second scrimmage with three standout blocks.

“After two weeks this year versus two weeks last year, it’s not even close,” Donovan said about where his team stands. “We are well ahead of schedule and I thought it was a very good 60 minutes and then another good 60 minutes for our team.”