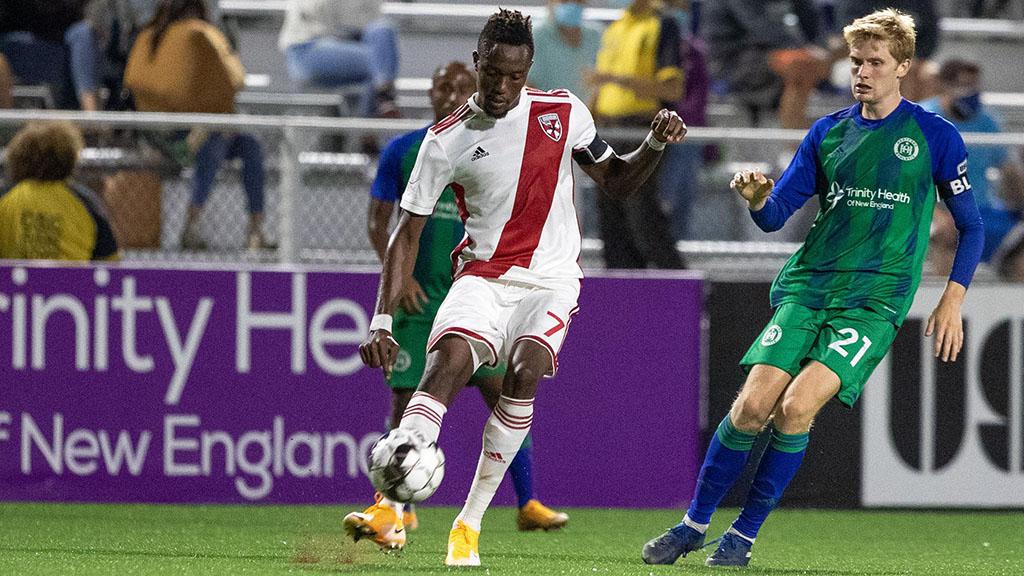 Amoh joins RGV FC after spending the previous two years with fellow Championship club Loudoun United FC. During the 2020 campaign, Amoh started in 10 matches for Loudoun and tallied four goals, totaling 20 shots overall and six on target. In 2019, the Ghana native totaled four goals, 24 shots and 11 on target in Loudoun’s inaugural season. Amoh scored a game-winning goal against Saint Louis FC on Oct. 9, 2019 in a 4-3 victory for his side.

“Elvis has a great opportunity to showcase with the Toros his great talent, qualities to score goals and create options for the team this season,” said Wilmer Cabrera, RGV FC Head Coach and Sporting Director. “He is very eager to prove that he can be one of the best forwards in the USL.”

Prior to joining Loudoun United, Amoh made three appearances for SK Lisen in the Czech National Football League second tier in early 2019. The 29-year-old started his professional career with Asante Kotoko SC of the Ghanaian Premier League in 2015 and rejoined in 2017 after a year with the West African Football Academy.

Sorto also arrives from Loudoun United, where he made four starts in nine appearances during the 2020 campaign, recording 391 minutes of action. Sorto totaled seven shots, five on target and tallied an assist. The midfielder also notched nine key passes and posted a passing accuracy rate of 72.4 percent. In 2019, Sorto made nine appearances for Loudoun, making four starts while notching two goals and two assists. Both goals came in a 2-1 win over Atlanta United 2 on Jun. 28, 2019 as he earned his Championship debut.

“Christian is a talented and promising player who brings great options for the Toros,” said Cabrera. “He has experience playing in the USL, but we are looking for him to excel and push into the next level this season.”