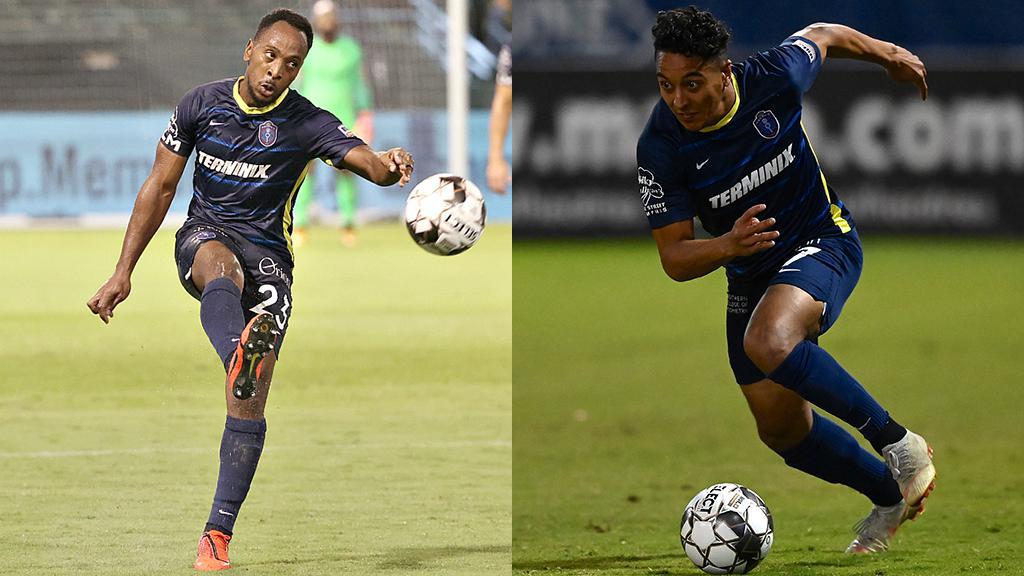 Memphis 901 FC will welcome both midfielder Leston Paul (left) and defender Raul Gonzalez back for their third seasons with the club in the 2021 Championship campaign.

MEMPHIS, Tenn. – Memphis 901 FC announced on Wednesday it had re-signed a pair of players in defender Raúl González and midfielder Leston Paul ahead of the 2021 USL Championship season.

Joining 901 FC during its inaugural campaign from the Richmond Kickers, González contributed to Memphis with seven appearances and three starts during the 2020 season following a season-ending knee injury which sidelined him in 2019.

Since 2017, González has appeared in 63 games in the Championship matches. In addition to his time in the Championship, the 26-year-old was recently selected by Puerto Rico for its upcoming FIFA 2022 World Cup Qualifying contests against St. Kitts & Nevis and Trinidad & Tobago.

“We are pleased to have Raúl return for another year,” said 901 FC Sporting Director Tim Howard. “He is one of a handful of players who has been with us since our inaugural season and his versatility and athleticism will be an important addition to the roster.”

Adding depth to the midfield position, Leston Paul will return to Memphis for his third season at the club after a move from Trinidad and Tobago’s Central FC in 2019. During his first two seasons in Memphis, Paul has been a consistent contributor with 31 appearances and 19 starts.

The Trinidadian veteran has also made multiple appearances for Trinidad and Tobago at the international level and brings a wealth of knowledge to the middle of the pitch.

“Over the previous two seasons, Leston has shown his leadership and experience both on and off the field,” said Howard. “We are excited to be bringing back someone with his winning mentality and high soccer I.Q.”