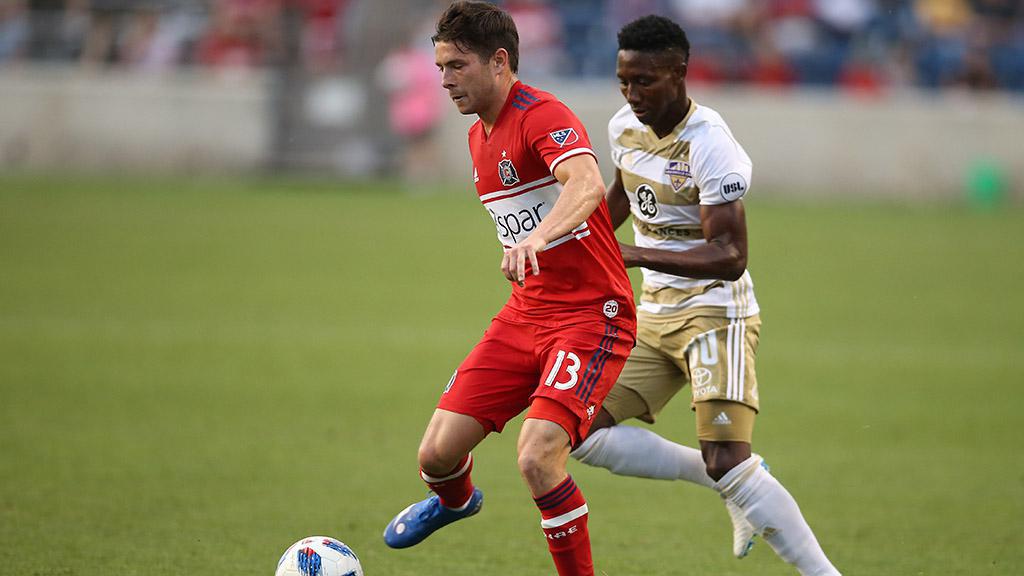 CHARLOTTE, N.C. – The Charlotte Independence announced on Wednesday the club had acquired midfielder Brandt Bronico on loan for the duration of the 2021 USL Championship season from Major League Soccer side Charlotte FC, pending league and federation approval.

“I wanted to be back in Charlotte playing soccer, so I am grateful to have the opportunity to go on loan with the Independence this season,” said Bronico. “Charlotte is a place I hold close to my heart and I’m excited to continue my soccer journey back in the city.”

Bronico was originally drafted by Chicago Fire FC as the No. 47 overall pick in the 2017 MLS SuperDraft. In four seasons with the Fire, the midfielder made 66 appearances (40 starts), tallying two goals and eight assists.

A native of High Point, N.C., the 25-year-old was traded by the Fire to Charlotte FC on Dec. 18, 2020. He became Charlotte FC's third signing ahead of joining MLS in 2022, following Sergio Ruiz and Riley McGree.

“We are ecstatic about being able to work with Charlotte FC to allow Brandt to stay in Charlotte for this season,” said Charlotte Independence General Manager and Head Coach Mike Jeffries. “Brandt is a huge addition to our roster, not only as a player in his prime with significant MLS experience, but his style meshes perfectly with how we play.”

“This loan move is great news for both clubs, and the soccer community of Charlotte,” said Charlotte FC Technical Director Marc Nicholls. “It gives Brandt much-needed game minutes and allows him to integrate back into a community he knows well. We’re really excited about this deal with the Independence and look forward to watching them play in 2021.”

Bronico played collegiately for the Charlotte 49ers from 2013-16, scoring 25 goals and adding 23 assists. As a senior in 2016, Bronico was named the Conference USA Player of the Year and second-team All-America after scoring nine goals, including four game-winners. In 2015, he led Conference USA with 10 assists. While in college, Bronico competed in USL League Two for both the Carolina Dynamo and Sounders FC U23.

“Brandt adds another dynamic element to our midfield, where his tireless energy and technical acumen will make us stronger on both sides of the ball,” said Jeffries. “I want to thank Zoran Krneta and Marc Nicholls with Charlotte FC for working with us to allow Brandt to join our group this season.”