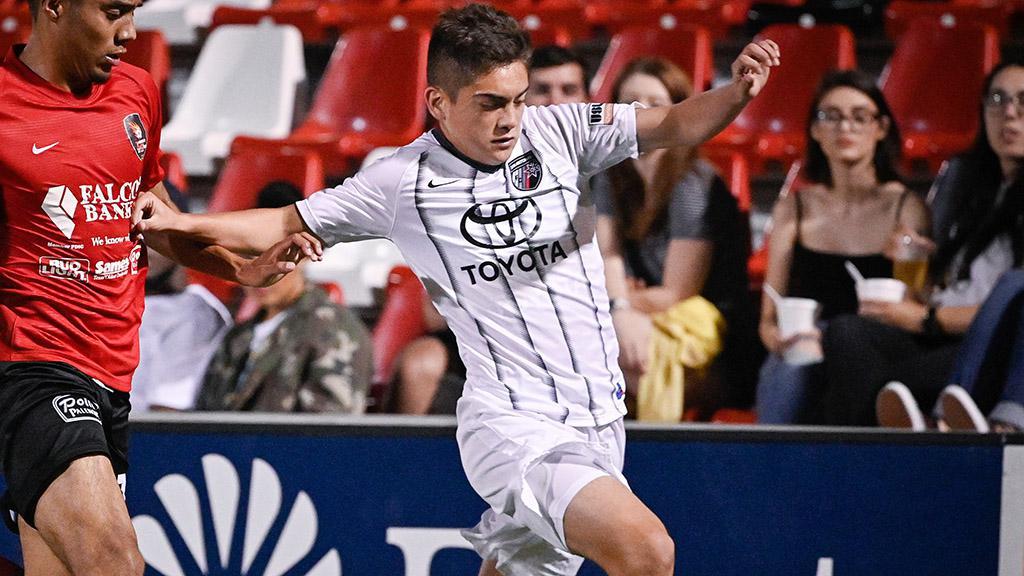 “As a staff, we are excited to continue to progress one of U.S. Soccer’s brightest young talents in Leo Torres,” said SAFC Head Coach Alen Marcina. “We are thrilled to know that Leo and his support system have a strong belief in our environment, and value our work and commitment to personal and professional growth. We look forward to continuing to have Leo a part of our SAFC family.”

Torres originally signed his first professional contract with the club in February of 2019. Upon his signing, Torres became the first full-time SAFC Pro Academy player to sign with the first team and was the youngest professional signing in USL Championship history at the time -- at 15 years, 23 days. The 17-year-old made his professional debut on May 14, 2019 in the U.S. Open Cup second round vs. the Laredo Heat, playing 14 minutes as a second-half substitute. Torres then made his USL Championship debut last season, playing in two matches over the course of 2020. Torres remains the youngest player to ever play in a professional match for San Antonio FC.

Torres joined the SAFC Pro Academy ahead of its 2016 inaugural year and was part of the initial squad that the program fielded (birth year 2004). Throughout his time with the SAFC Pro Academy, Torres has been called up to U.S. Youth National Team on two occasions, most recently representing the U-15 national team at the Torneo delle Nazioni in Italy in 2019.

“I'm happy to be here and I'm looking forward to continuing to work to earn playing time,” said Torres. “I am so grateful to the SAFC staff and coaches for the continued opportunity, and I look forward to repaying their faith. A lot of young players are being noticed in the USL and earning opportunities, so I think this is a perfect place for me to develop and work towards my goals.”

The San Antonio native is one of six SAFC Pro Academy products to have debuted professionally for the SAFC first team, in addition to Ethan Bryant, Jose Gallegos, Carson Price, Josh Ramsey and Fabrizio Bernal.