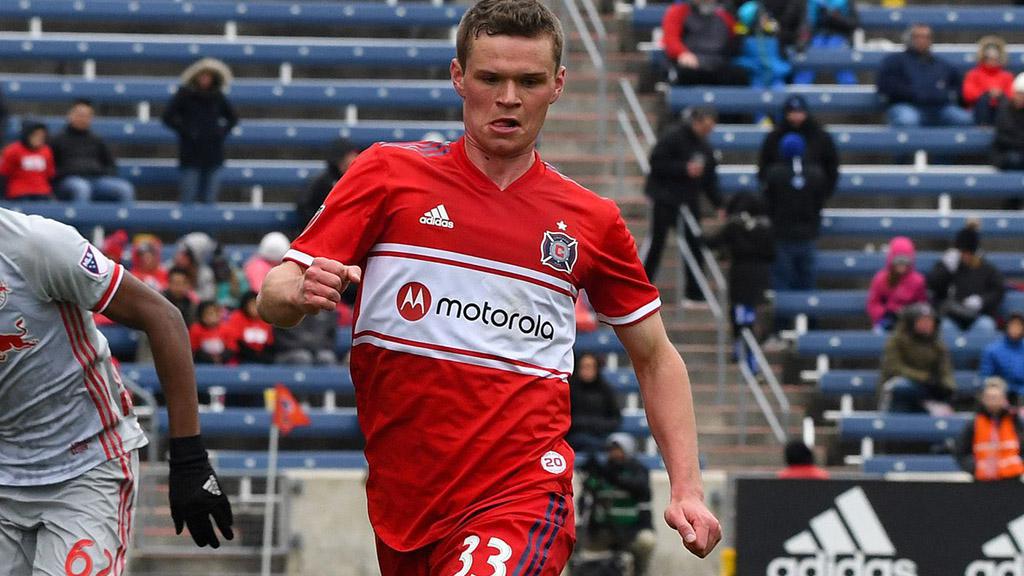 New Indy Eleven signing Jeremiah Gutjahr made eight appearances for Chicago Fire FC after signing with the club prior to the 2019 Major League Soccer season.

“I’m super excited to join Indy Eleven; it’s hard to even put into words. When Indy Eleven was announced, I think I always had it in the back of my mind that I wanted to play for the team, and it gives me chills talking about it,” said Gutjahr, who was a sophomore at Bloomington North High School when Indiana’s Team launched in 2013. “I couldn’t dream up a scenario like this because Indy Eleven wasn’t around when I was growing up. To be so close to home and continue to build the game of soccer in the state of Indiana is really special.”

Gutjahr joined Indiana’s Team on the heels of two seasons with Chicago Fire FC, which made him an MLS Homegrown signing in January 2019 following the end of his collegiate career. The 23-year-old logged over 500 minutes and tallied one assist at the MLS level during his rookie campaign in 2019.

Internationally, Gutjahr spent time with the U-18 and U-20 U.S. Men's National Teams, earning three caps for the latter in early 2017 as the U.S. claimed its first Concacaf U-20 Championship.

Gutjahr played four seasons at Indiana University from 2015-18, starting 61 of his 71 appearances. In 2018, Gutjahr appeared in all 24 matches (23 starts) for the Hoosiers, who were ranked No. 1 in the nation in his senior year. In his final season, Gutjahr helped lead the Hoosiers to the most shutouts (15) in the NCAA, the second-most single season wins (20) in program history, the Big Ten regular season championship, the Big Ten Tournament championship, and a Semifinal berth in the 2018 Men’s College Cup.

“We are happy to bring another talented player with Indiana roots back home,” said Indy Eleven Head Coach Martin Rennie. “His versatility and feel for the game can help us in several spots across the midfield.”