Thiam, Ownby and Davis find net in 3-0 victory for visitors 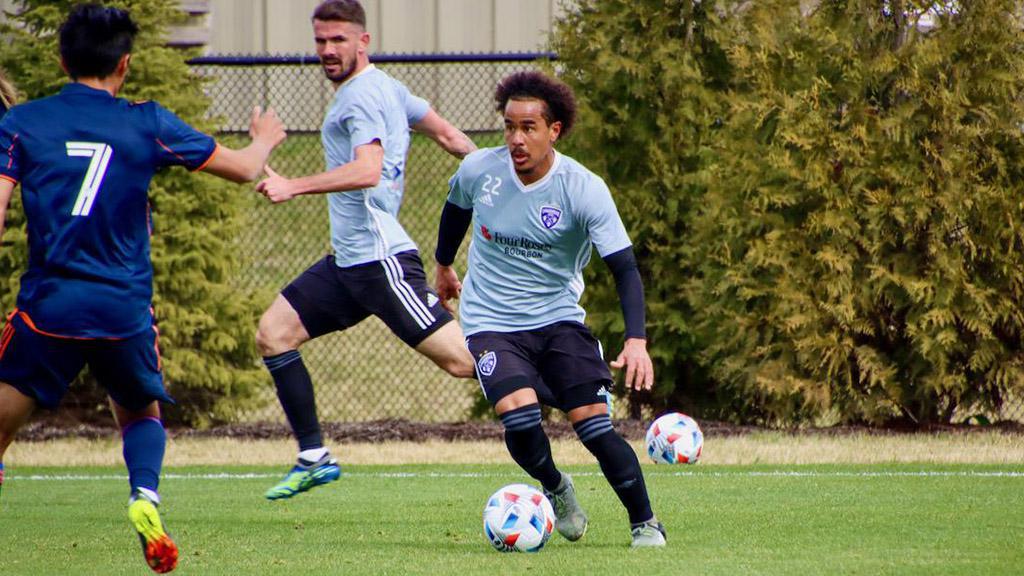 A trio of Louisville City FC forwards tallied goals Saturday as the boys in purple opened their preseason with a 3-0 victory against Major League Soccer’s FC Cincinnati.

While LouCity are more than a month into their preseason, FC Cincy just opened camp this week. The clubs are scheduled to meet again on April 7, also in Cincinnati.

“Pleased with the performance overall today,” said Hackworth. “We put out two different lineups to try to maximize a good first 45 minutes-plus for every player, and that was excellent. I feel like both groups played well and tried to implement the things we had been working so far in preseason, and to do it against a quality opponent is really important.”

The game remained even in the first half until Thiam’s penalty kick, while midfielder Paolo DelPiccolo and Ownby both got looks of their own on goal. Ownby converted in the second half when taking advantage of a backwards pass by an FC Cincinnati defender. Davis’ goal came courtesy of an assist by LouCity newcomer Jay Tee Kamara.

Among the new LouCity players to feature was 15-year-old Joshua Wynder, who made his first team debut against professional competition. Wynder is among the players signed to USL Academy contracts for the upcoming USL Championship season.

“It was a good test for us and for me as a player,” Thiam said. “The first half was really tough, but we focused on us and had good success.”