Made 16 appearances in 2020, logging more than 1,100 minutes in first season with United 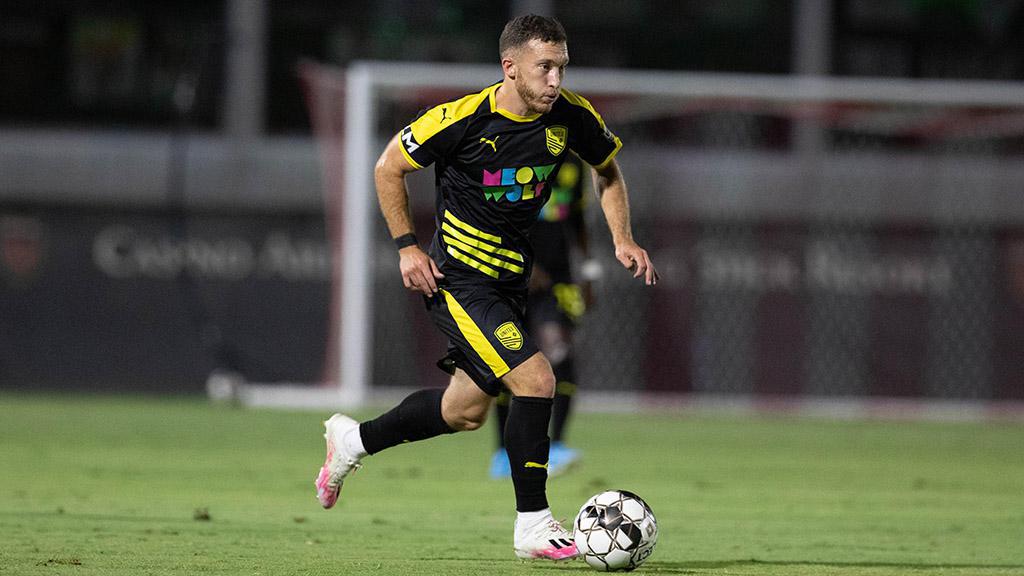 New Mexico United's Andrew Tinari has recorded 15 goals and 10 assists in his first four seasons in the Championship as he returns to United for the 2021 season. | Photo courtesy Grace Stufkosky / Phoenix Rising FC

ALBUQUERQUE, N.M. – New Mexico United announced on Sunday it had re-signed midfielder Andrew Tinari for his second season at the club, pending league and federation approval.

Tinari appeared in 16 games for United during the 2020 season and notched one goal and 11 key passes in 1,194 minutes of action. Playing in a deep-lying role, the 25-year-old posted an 80.9 passing accuracy rate on 45.5 passes per 90 minutes, made 21 interceptions and won 21 tackles.

A native of West Islip, New York, Tinari began his professional career in the Championship with the New York Red Bulls II in 2017 and spent two seasons at the Eastern Conference club. In 2019, he made the move to the Tampa Bay Rowdies where he recorded five goals and five assists in 22 appearances, helping the club return to the USL Championship Playoffs.

Overall, Tinari has made 91 regular-season appearances in the Championship and has recorded 15 goals and 10 assists, 202 chances created and has posted a 79.3 passing accuracy rate.

Prior to joining the professional ranks, Tinari competed collegiately at Columbia University, where he made 62 appearances (55 starts) and notched nine goals and 10 assists. He was named Ivy League Rookie of The Year and to the First Team All-Ivy League three times. Tinari also competed in USL League Two for the Jersey Express during the 2014 season.