Full back made 13 appearances for RGVFC during 2020 Championship campaign 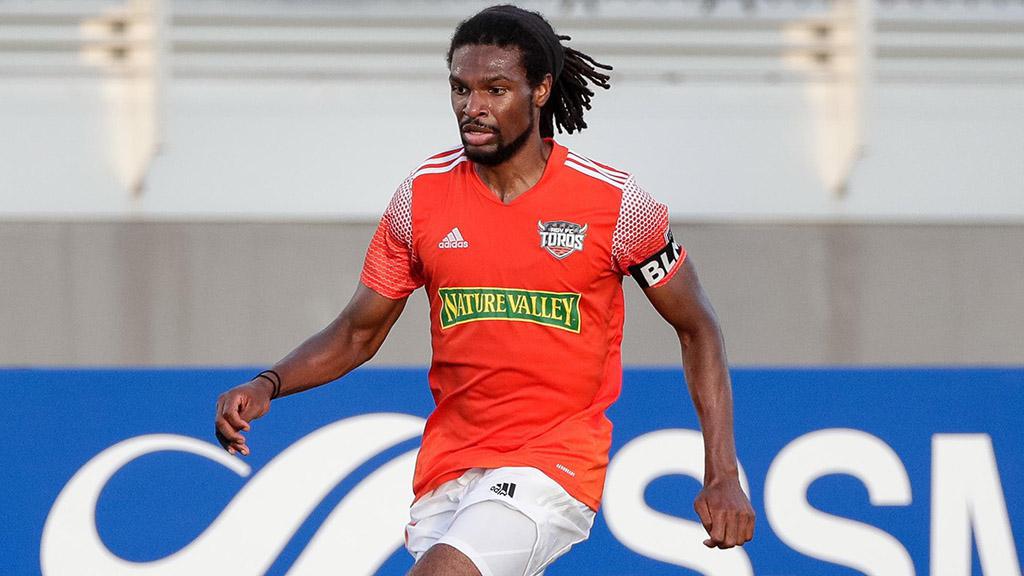 Defender Carter Manley made 13 appearances for Rio Grande Valley FC during the 2020 Championship season and has re-signed for his second campaign in the Rio Grande Valley. | Photo courtesy Steven Christy / OKC Energy FC

“We are proud to bring Carter for another season with the Toros,” said Wilmer Cabrera, Toros Head Coach and Sporting Director. “He was an important player last season, and we are sure this year he will continue to perform and grow in all aspects of the game.”

Manley played a key role in the back line for the Toros during the 2020 campaign. Manley started in 13 matches for RGVFC and contributed two assists and six key passes in 1,147 minutes of action. The 24-year-old also totaled 39 clearances, five blocks and 22 interceptions and had a 54.4 percent duel success rate defensively.

A native of Elkridge, Maryland, Manley was originally selected with the 23rd pick of the 2018 Major League Soccer SuperDraft by Minnesota United FC. He made nine appearances for the Loons across his first two professional seasons, and in addition spent time in at both the Championship’s Las Vegas Lights FC and USL League One’s Forward Madison FC.

In 2019, Manley started 20 games for Madison and completed 478 of 616 passes – a 77.6 percent accuracy rate, and also notched one goal and 15 key passes in 1,774 minutes of action. Defensively for the Flamingos, Manley totaled 29 clearances, 22 interceptions and five blocks while having a 53.9 percent duel success rate.

Prior to his professional career, Manley made 52 starts in 58 appearances at Duke University and recorded one goal and 12 assists for the Blue Devils. In his senior season, he was selected to the United Soccer Coaches All-South Region Second Team and the All-Atlantic Coast Conference Third Team. Manley also competed for D.C. United U23 in USL League Two during  the 2015 season, making 13 appearances.