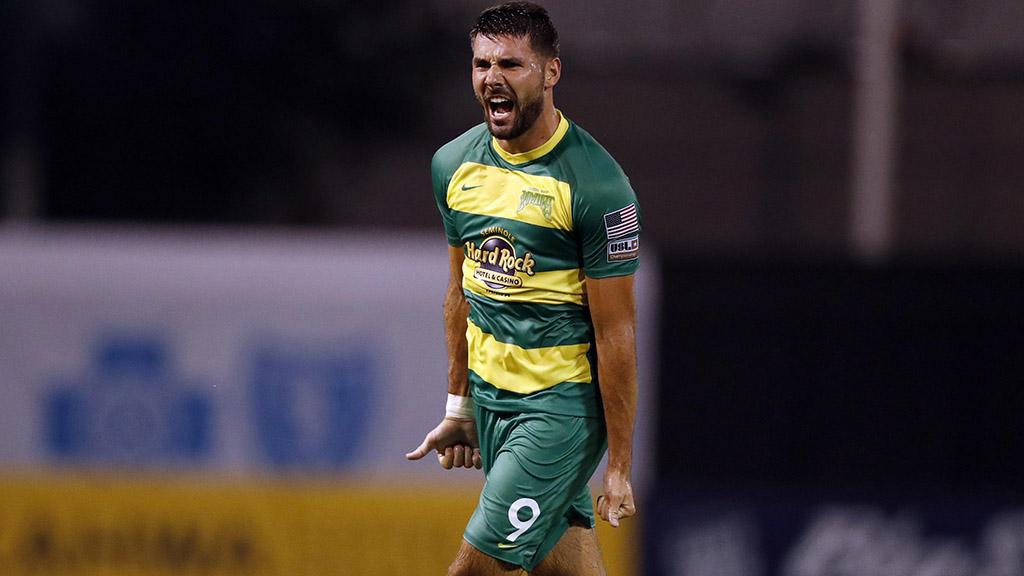 “Kyle is a hard-working, dangerous attacker with loads of experience in this league,” said 901 FC Sporting Director Tim Howard. “We’re adding a true professional with captain experience and an impressive goal-scoring record to our frontline.”

Murphy is entering his sixth season in the USL Championship, most recently competing for the Tampa Bay Rowdies during the 2020 season. Murphy’s best campaign came in 2019 when he recorded 13 goals in 29 appearances for Loudoun United FC, while also notching four assists and 14 key passes during Loudoun’s inaugural season in the league.

Prior to Loudoun, Murphy also spent one season with San Antonio FC and two seasons with Rio Grande Valley FC. In his 116 USL Championship appearances, Murphy has scored 25 goals and produced eight assists. Murphy received honors for USL Championship Goal of the Month in August 2020 and Player of the Month for October 2019 when he tallied four goals and one assist in the last five matches of the season.

Murphy competed collegiately at Clemson University, where in his senior season in 2015 he recorded eight goals and four assists to help the Tigers reach the NCAA Division I College Cup Final.