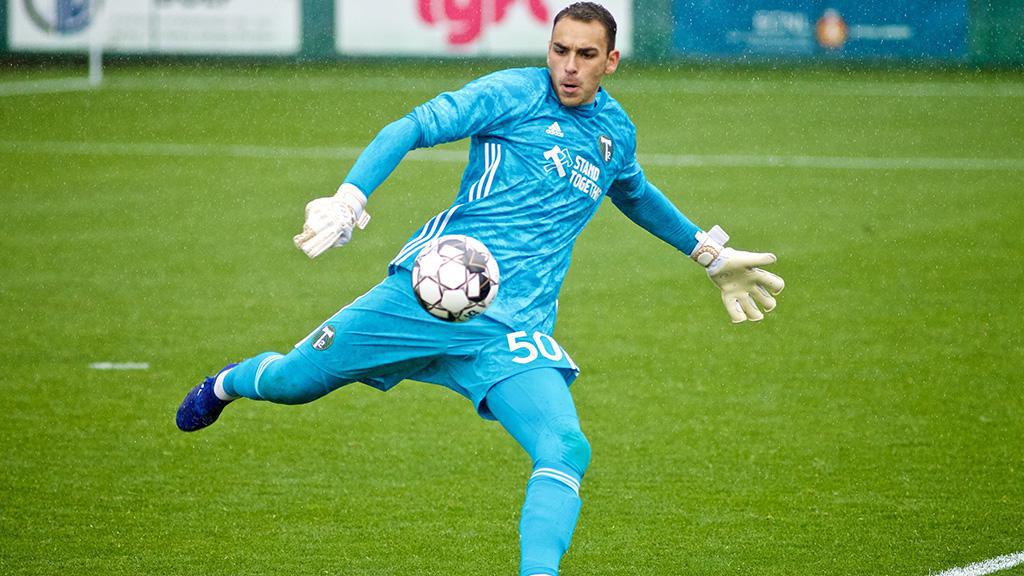 PITTSBURGH – Pittsburgh Riverhounds SC announced on Friday it had signed goalkeeper Jake Leeker to a one-year contract with a club option for 2022, pending league and federation approval. Leeker comes to the Hounds for his fourth pro season after debuting in the USL Championship in 2018 with Real Monarchs and spending the past two seasons with the Portland Timbers 2.

“We look forward to bringing Jake into our team for the 2021 USL Championship season. He is a very capable shot-stopper with athleticism and length that we feel will grow in our system,” said Hounds Head Coach Bob Lilley. “Along with Danny Vitiello and Chris Moorish, our goalkeeping group is young and talented and will continue to develop during the course of the season.”

A native of St. Louis, Missouri, Leeker played his college soccer at the University of Memphis, where he recorded 10 shutouts in 47 appearances for the Tigers from 2014-17.  Undrafted out of college, he signed with the Monarchs as a free agent and had a successful rookie campaign with six shutouts in 17 starts, as he split time in net and helped the Utah club to fourth place in the Western Conference and a place in the USL Championship Playoffs.

Leeker then made the move to Portland, where he was a teammate for one season of newly acquired Hounds midfielder Todd Wharton. During his two years in the Pacific Northwest, Leeker made 25 appearances, recorded two shutouts, and made 90 saves for T2.