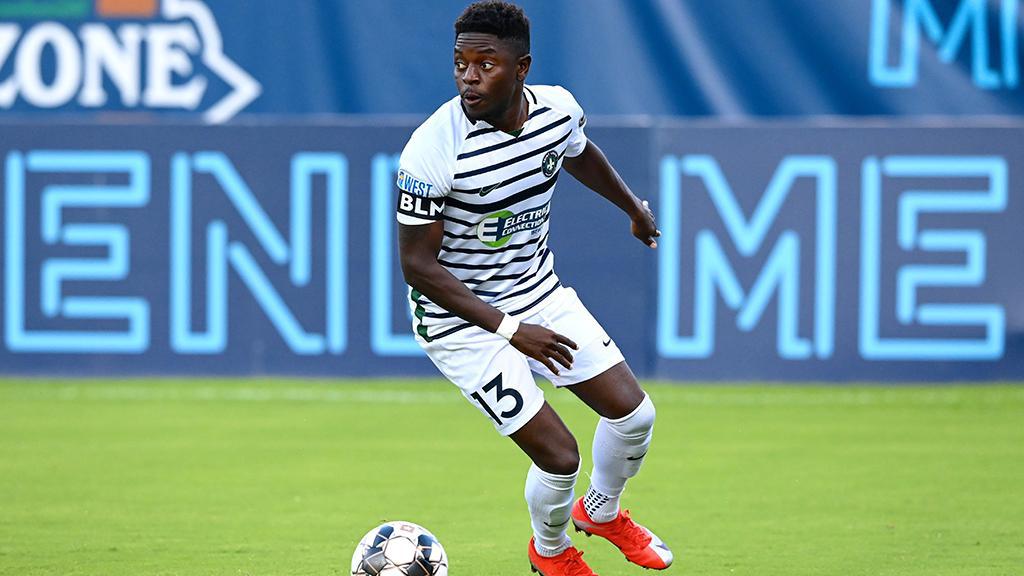 “Kadeem will provide us with pace and a constant attacking threat on the wing as well as a high work rate,” said 901 FC Sporting Director Tim Howard. “His ability and high-level experience in the USL make him an exciting addition to our roster.”

Dacres has made 168 regular season appearances in the Championship since joining Phoenix Rising FC prior to the 2014 campaign to begin his professional career. A former standout at the University of Maryland-Baltimore County, where he earned United Soccer Coaches All-America honors, Dacres has also competed for Louisville City SC, FC Cincinnati and, most recently, Saint Louis FC.

The 29-year-old has recorded 17 goals and seven assists in the Championship’s regular season for his career. This past season he helped Saint Louis reach the USL Championship Playoffs, making 13 regular-season appearances for the side.

FC Tulsa announced on Thursday it had signed goalkeeper Austin Wormell to its 2021 USL Championship roster, pending league and federation approval. Wormell is a Tulsa native who was a standout at Bishop Kelley High School and also competed locally for Tulsa Soccer Club and Blitz United.

“Austin is an exciting addition to our goalkeeping position,” said FC Tulsa Head Coach Michael Nsien. “He has all the tools to develop into the profile we look for as a keeper with a very clean technique with his hands as well as his feet. I know that he has the desire to improve daily, and I’m glad that another Tulsa native has started his professional journey with us.”

Wormell burst onto the local scene at Bishop Kelley as a senior in 2017. He posted 12 clean sheets in 19 matches, leading Bishop Kelley to the 2017 Oklahoma 5A State Championship. He became a local legend in the 5A State title game where he not only made 10 saves in a 2-0 victory, but also scored the match-winning goal with a 65-yard free kick from beyond midfield. His standout season saw Wormell named a TopDrawerSoccer.com TeamSnap First Team All-American and the Tulsa World’s Player of the Year.

“I’m super excited to join FC Tulsa because of their commitment to Tulsa and to get the opportunity to represent this club in my community,” said Wormell. “It means everything to sign with my hometown club. I grew up in Tulsa without having a hometown pro club to support. Since FC Tulsa has been reintroduced, I have been highly involved in following the club. Getting the chance to put on the jersey and play in front of my hometown for Coach Nsien means the world to me.”

“We are thrilled to have Antony join our club,” said Landon Donovan, EVP of Soccer Operations and Manager. “He has incredible upside and is someone we believe has the ability to be a very good goalkeeper in this league. We look forward to seeing him in Torrey Green.”

Siaha is a graduate of Tucson High School, where he earned a state title his senior year, and spent his youth soccer career at Real Salt Lake Academy. He played college soccer starting in 2016 at Cal State Bakersfield followed by stints at Ottawa University Arizona (NAIA) and Benedictine University at Mesa. Prior to being picked up by SD Loyal, the 6-foot-6 Siaha competed for 1904 FC and the San Diego Sockers.

"I am very excited for the opportunity to be joining San Diego Loyal SC,” said Siaha. “I look forward to competing and I cannot wait to give my all for this team and our community. This will be my first professional season and I am incredibly grateful to be joining such a great club.