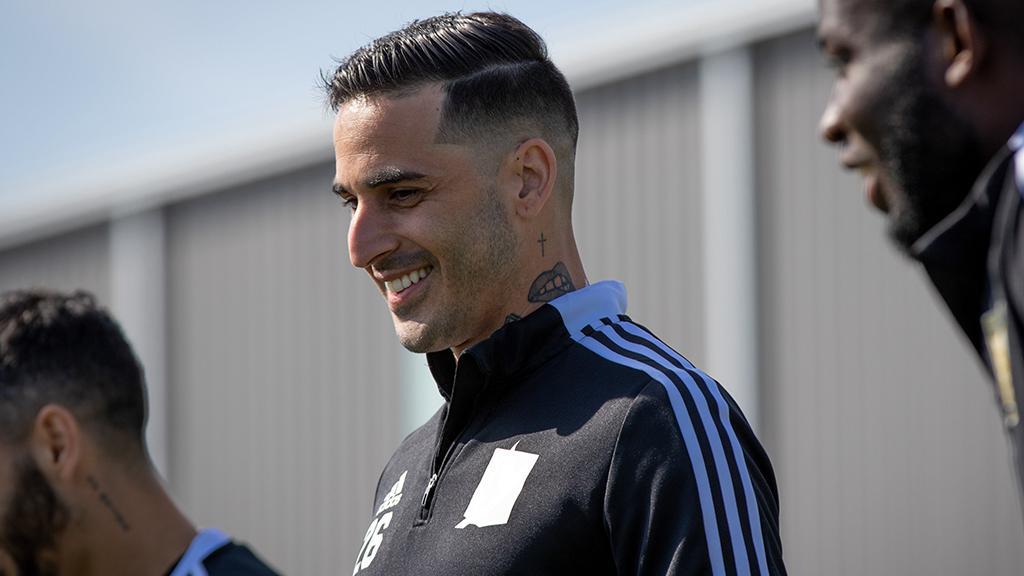 FC Tulsa's Jorge Luis Corrales has been selected for the Cuban Men's National Team's World Cup Qualifiers in March, marking a historic first for the country as it selects overseas players for the first time. | Photo courtesy FC Tulsa

TULSA, Okla. – For the first time in nearly six years, Jorge Corrales has received the call. The FC Tulsa defender has been selected by Cuba to represent his country for its first two 2022 FIFA World Cup qualifiers later this month. A possible return to the international stage for Corrales coincides with the Cuban National Team calling up players who compete abroad for the first time in the country’s history.

“I can’t explain or describe the feelings that I got when I saw my name on the list for Cuba,” said Corrales. “I have so many great memories from my time playing on the National Team. This is a beautiful and exciting moment in my life. I hope to be able to represent my National Team for these matches and am looking forward to more moments like this in the future.”

From 2011-2015, Corrales was a mainstay in the Cuban National Team, making 34 appearances with 31 starts. However, once Corrales moved to the U.S. in 2015 to begin his soccer career abroad, his international career came to a halt as Cuba barred foreign-based players from suiting up for the national team. That all changed in November when Cuba began registering players foreign-based players, of which Corrales was one.

Cuba is looking to qualify for its second-ever FIFA World Cup and first since 1938 when it reached the Quarterfinals. Its quest begins in the CONCACAF First Round of qualification on March 24 against Guatemala before the second match on March 28 against Curaçao.

Corrales is the second FC Tulsa player called up to play for their country this offseason, following forward Joaquín Rivas' call up to the El Salvador National Team in its friendly against the U.S. in December.