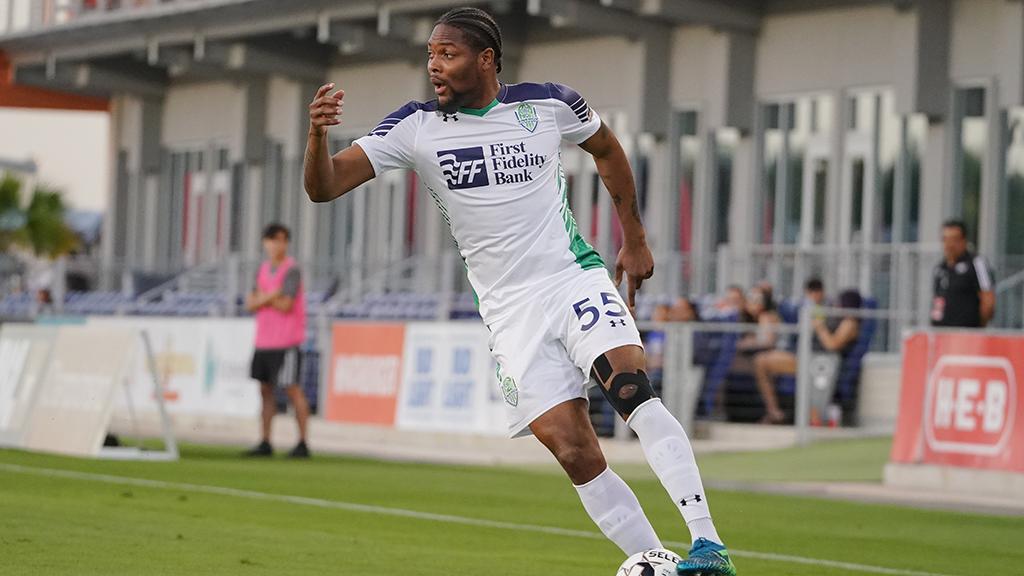 New Pittsburgh Riverhounds SC signing Mekeil Williams has made 55 appearances in the USL Championship in his career, in addition to 36 appearances for the Trinidad & Tobago National Team. | Photo courtesy Rio Grande Valley FC

PITTSBURGH – Pittsburgh Riverhounds SC announced on Wednesday it had added another veteran to its defensive group, signing Mekeil Williams to a one-year contract with a club option for 2022, pending league and federation approval.

Williams is a Trinidad and Tobago international whose club career has included stops in MLS with the Colorado Rapids and the USL Championship with both the Richmond Kickers and OKC Energy FC. A 6-foot-1 defender, Williams most recently played for top Guatemalan side Municipal.

“Mekeil is a quality defender who can play anywhere across the back line,” said Hounds Head Coach Bob Lilley. “He is comfortable on the ball and is a seasoned pro who will add composure and leadership to our roster. We are excited to have Mekeil joining the Pittsburgh Riverhounds for the 2021 USL Championship season.”

Williams' experience in the U.S. includes spending 2016-17 with the Rapids, for whom he made a total of 38 league appearances in MLS. Williams then moved to the Championship with the Kickers in 2018, twice suiting up against the Riverhounds that season, and with the Energy FC in 2019, making a total of 55 appearances across two seasons.

Before coming to the U.S., Williams' career included a stint in Guatemala, stops with clubs in Poland and Denmark, and time at home in Trinidad and Tobago's Pro League, where he made his professional debut in 2009 and helped his side, W Connection, win the title in 2014.

Williams has made 36 appearances for Trinidad & Tobago, appearing in both the 2015 and 2019 Gold Cup and FIFA World Cup qualifiers for the Soca Warriors. He also scored on his international debut in 2012 in a friendly against Finland.