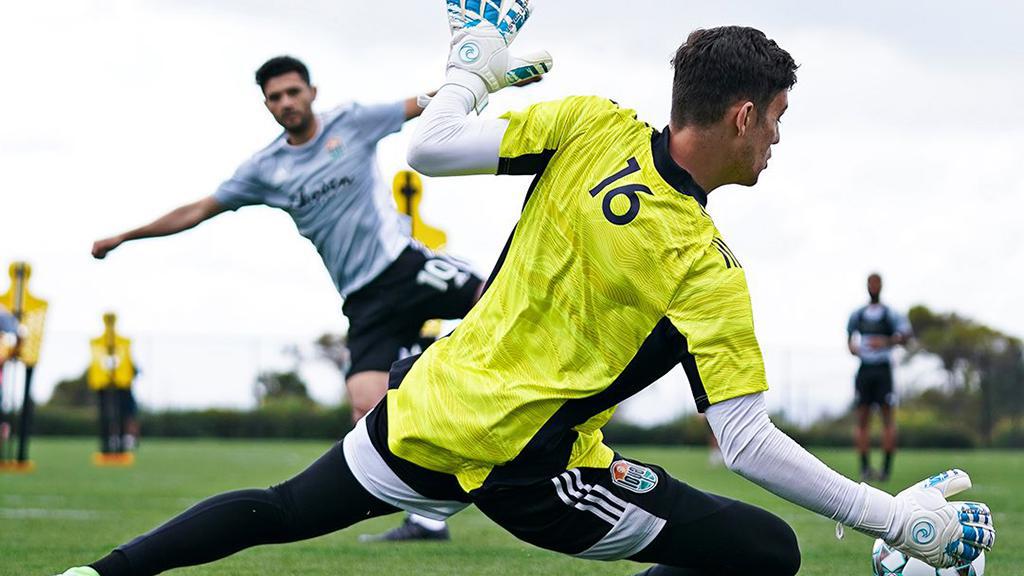 San Diego Loyal SC ended its inaugural season hot. Now the expectations are going to be ramped up as its takes to the field for Year 2 in the Championship. | Photo courtesy San Diego Loyal SC

Just over seven weeks until the scheduled start to the Championship’s 2021 season and training camps are underway across the league. Yesterday, we looked at some key storylines in the Eastern Conference as well as picking out some preseason games you should pay attention to. Today it’s the turn of the Western Conference, which has plenty of interesting storylines as camp opens.

1. Who’ll Fill the Depth on Phoenix’s Back Line? 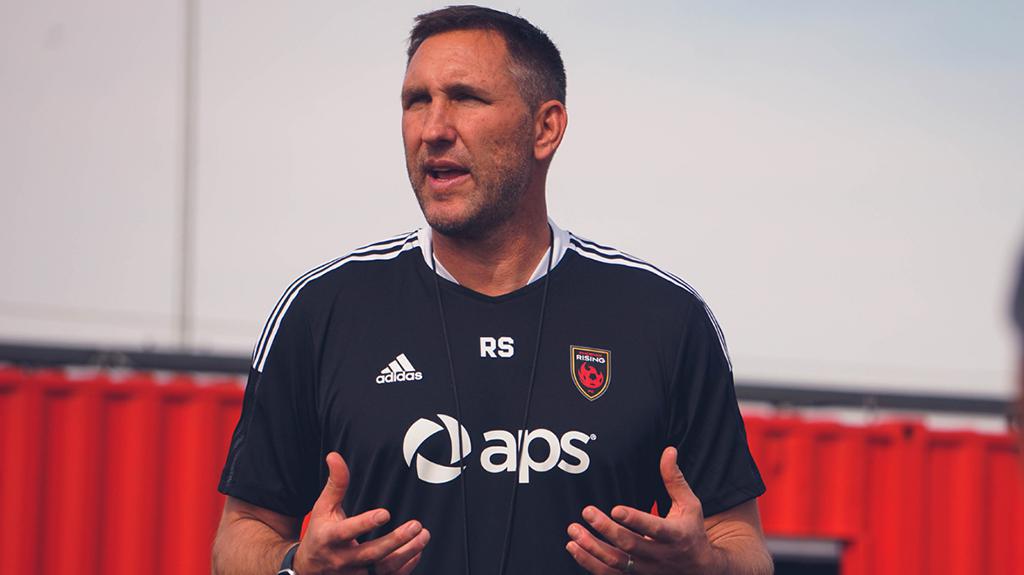 Phoenix Rising FC Head Coach Rick Schantz's roster will be looking to add some defensive reinforcements as the preseason goes on in the next two months. | Photo courtesy Phoenix Rising FC

If you were making a checklist for Phoenix Rising FC’s squad as it began preseason on Sunday, you’d have big check marks next to the attack and midfield portions. The return of two-time Most Valuable Player Solomon Asante and Rufat Dadashov up front and Kevon Lambert being joined by Aodhan Quinn in midfield are the tip of two well-stocked sections of the team.

Looking at the back line, though, and there might be a big of a question mark for now. Until Friday’s signing of James Musa – listed as a defender, although he has the ability to play as a holding midfielder too – there was one man per position for a prospective back four, and only goalkeeper Zac Lubin between the sticks. The offseason departures of AJ Cochran (Indy Eleven), Damion Lowe (Al Ittihad Alexandria) and 2020 minutes later Corey Whelan (Wigan Athletic) have left work to be done in the next few weeks to build out the club’s defensive options.

It’s not necessarily a big reason for concern – there are still going to be good options available that will find Phoenix a very attractive proposition to play for this season – but just who those new faces will be offer an intriguing subplot as Phoenix looks to maintain its standard of building a roster that goes two-deep at every position. 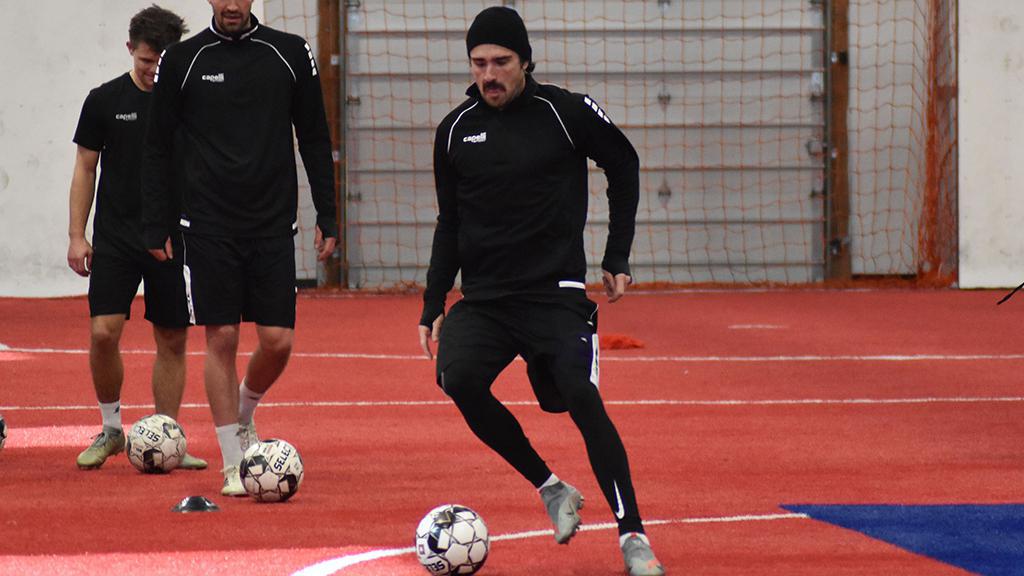 Since Colorado Springs Switchbacks FC announced it would be moving into its new 8,000-seat downtown stadium, all signs pointed toward a potential resurgence for a club that had immediate success upon its arrival to the Championship in 2015. Now, Weidner Field awaits, and we’re going to find out whether the anticipated new era – complete with a reworked club crest – can live up to the billing.

The Switchbacks had to overcome an early bump in the road this offseason with the surprise departure of former Head Coach Alan Koch back north of the border, but in Brendan Burke they added a strong replacement who has proven himself previously under the constrictions that Bethlehem Steel FC offered. Burke will be looking to build his own reputation as one of the bright young coaches in America beyond the environs of the Philadelphia Union organization.

Burke has some new arrivals that should help Colorado Springs continue to improve. The addition of former U.S. Men’s National Team midfielder Jose Francisco Torres should give the club a midfield fulcrum to build around, while forward Hadji Barry and defender Jimmy Ockford also bring success elsewhere to their new home. The Switchbacks have been playing catch-up to newcomers El Paso Locomotive FC and New Mexico United over the past two seasons, they’ll be looking to close the gap with a good preseason.

3. Is Team 2 in San Diego the Playoff Contender it Appears?

For its inaugural season, San Diego Loyal SC dubbed its first roster #Team1. The campaign came with what could be expected ups and downs, and the late-season surge aided by the arrival of Rubio Rubin, Miguel Berry and Alejandro Guido came up just short as the LA Galaxy II earned second place to Phoenix.

The way SD Loyal was playing at the end of its first season, though, certainly raised expectations for what #Team2 could produce over the upcoming season. While Rubin (Real Salt Lake) may have departed and Berry returned to Columbus Crew SC, Guido is back, this time as a permanent signing after his loan from Los Angeles FC, and he’s got back-up. The addition of the Championship’s third-leading scorer all-time Corey Hertzog and the abilities of former USL Championship Final-winner Jack Blake and two-time All-League defender Thomas Vancaeyezeele to a solid returning squad should have expectations sky high.

It’s likely going to be a tough road to the top – the Pacific Division with not only Phoenix, Orange County SC, Sacramento Republic FC and newcomer Oakland Roots SC is looking stacked – but The Locals could have a lot to celebrate this year.

“We’re about winning. Period. End of Story... I want to set that tone now.”

On day 1 of camp, @LandonDonovan hammers home to the club what being here is all about. #SDLoyal pic.twitter.com/R8WPla4H9K

4. Can Wilmer Cabrera Repeat His Success at RGVFC? 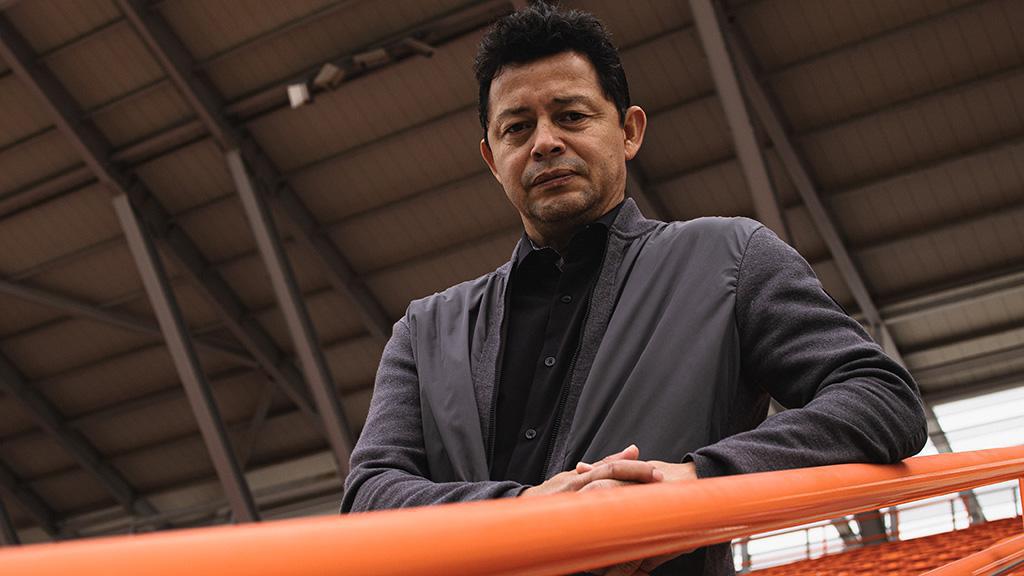 When Rio Grande Valley FC launched in the 2016 season, Wilmer Cabrera proved the ideal man for the job of leading the Toros. Five years later, he’s back at the helm for the start of a new era at H-E-B Park with RGVFC this offseason having gained autonomy over its roster after the restructuring of its partnership agreement with the Houston Dynamo.

It’s going to be a big task, for sure. For one, Cabrera hasn’t got much of a roster to speak of right now with only six players currently announced for the new season. But the three pieces the club has unveiled since Cabrera’s announcement are an indication that the Toros are heading in the right direction. Getting former Sporting Kansas City Homegrown midfielder Wan Kuzain to come to the Valley is a nice bit of business and could set the tone for what Cabrera has in mind on the field. After winning trophies at the Dynamo and at Club de Foot Montreal since he last strode the sidelines in the RGV, there’s reason to believe again for Toros fans.

If Oakland Roots SC wanted to get an idea of what it could be in for as it joined the USL Championship, it could look no further than last year’s new arrivals to the league, Miami FC. Coming off year-on-year success elsewhere, Miami got a slightly rude awakening in its new surroundings, starting with a opening-night hammering and repeated defeats to in-state rival the Tampa Bay Rowdies and Charleston Battery on the way to missing the postseason by 14 points.

Oakland has pulled in some strong Championship talent to fortify its squad, most notably midfielder Wal Fall, who brings with him his streak of reaching the USL Championship Playoffs in every season that goes back to his arrival at the Rochester Rhinos in 2016. There are other interesting options for newly-appointed Head Coach Dario Pot – a former assistant that moved up after former boss Jordan Ferrell became the club’s Technical Director – as well that know the Championship’s Western Conference well. Will it add up to success in what looks like a bear of a Pacific Division? We’ll be watching this preseason to see what we learn.

1,2,3, family. Your Roots returned to training yesterday in preparation for the 2021 @USLChampionship season.