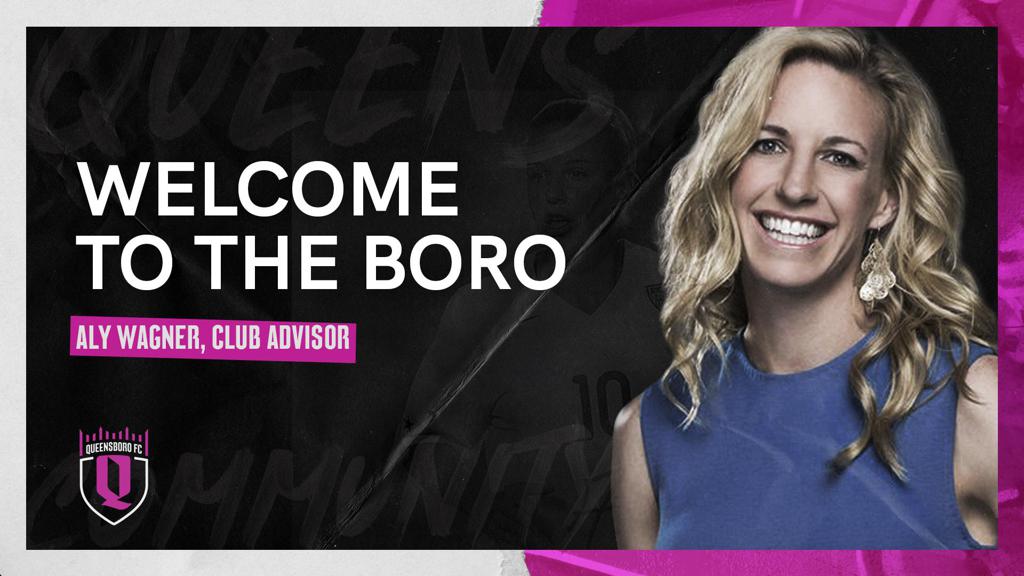 NEW YORK – Queensboro FC announced on Monday that former U.S. Women’s National Team star Aly Wagner has joined the club’s investment group and would serve as a strategic advisor at the club as it prepares to join the USL Championship for the 2022 season.

Wagner brings an extensive track record in soccer, as both a player and commentator, and adds diverse leadership, experience, and insights to an ownership group led by owners Jonathan Krane and David Villa.

Wagner earned two Gold Medals as part of the U.S. Women’s National Team in 2004 and 2008, and also competed at two FIFA Women’s World Cups that saw the side claim Bronze Medals over 10 years representing the United States. Wagner made 131 appearances for the USWNT during her career and recorded 21 goals and 42 assists. In addition, Wagner competed professionally for the San Diego Spirit, Boston Breakers, Olympique Lyonnais, and Los Angeles Sol.

Since then, she has gone on to an accomplished broadcasting career. Wagner currently works at Fox Sports and CBS Sports, covering both men’s and women’s soccer. During the 2018 FIFA World Cup in Russia, Wagner made history as the first woman to call a men’s FIFA World Cup match on U.S. English-language television.

“Queensboro FC has a great approach and mission to engage with the local community, and the right group of people to make this club a sporting and commercial success,” says Wagner. “My role is not only to help build the club from the ground up, but also to help create additional paths for young players to develop in the sport. It has always been my passion to guide and mentor the next generation, giving every kid a chance to play, train, compete – and potentially turn pro.

“Certainly, the attention, resources, and coverage of soccer in America has grown immensely since my own playing days, and I am here to help the sport continue to prosper.”

Wagner has embraced the importance of soccer in Queens – a borough rich in history, culture, and diversity – where sports can play a central role in uniting communities. Queensboro FC is committed to help New York City come back stronger, together, in the coming years as it becomes part of the Championship’s landscape.

“Aly's career in soccer has been such an inspiration and she brings tremendous value to our ownership group,” says Jonathan Krane. “I am looking forward to working closely with Aly to build, and make history, with Queensboro FC. It is an extremely exciting time for our club and I am proud to call her a partner. Our team will make a difference in the world through soccer.”

Queensboro FC is currently preparing for its inaugural 2021 QBFC Academy season, where U19 players will have the opportunity to represent the club and compete in the USL Academy League. The QBFC Academy is a developmental system that provides these young players with a “pathway to the pros” and an opportunity to play for the QBFC professional team in the inaugural March 2022 season and beyond.