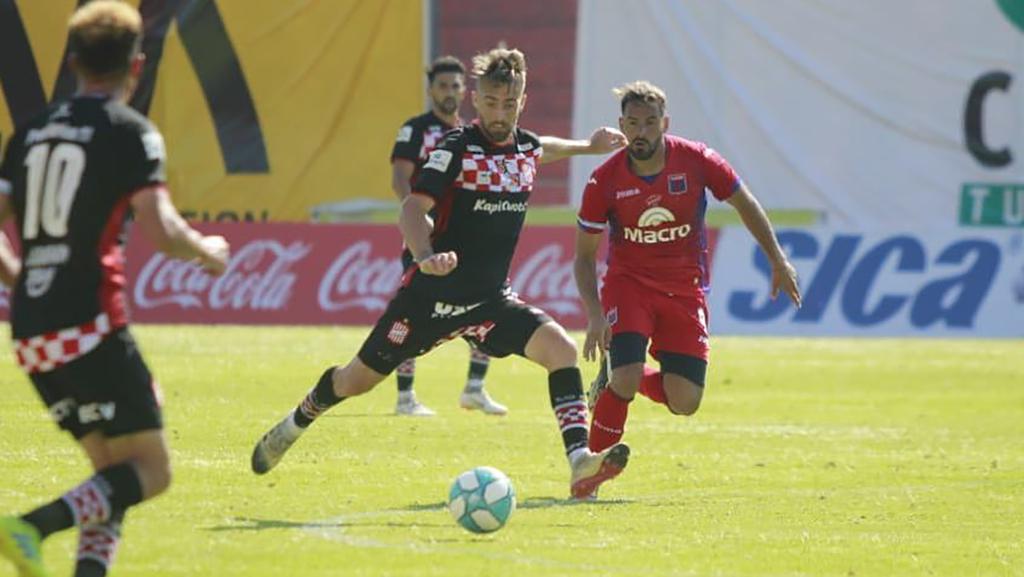 OAKLAND, Calif. – Oakland Roots SC announced on Thursday it had signed veteran Argentine midfielder Matias Fissore as the team prepares for the 2021 USL Championship Season. The signing is pending league and federation approval.

Fissore joins Oakland from Club Atlético San Martín Tucuman of the Primera Nacional, Argentina’s Second Division. The 30-year-old made 21 appearances for the club since his arrival in 2019, including in its recent advance to the knockout rounds of the promotion playoffs in January.

“Matias is an exciting midfielder with a lot of quality and energy on both sides of the ball, especially in transitions,” said Roots Technical Director Jordan Ferrell. “He comes with a load of experience in the South American game, which will be a welcome addition in our already diverse midfield unit.”

Fissore has made more than 150 appearances in the professional ranks in Argentina since his debut in 2010, including 54 in the SuperLiga while with Club Atlético San Martín de San Juan between the 2015 and 2019 seasons. He had previously notched more than 100 appearances with Atlético de Rafaela, the club with which he had turned pro.

“We are very excited to welcome Axel to LA Galaxy II,” said LA Galaxy General Manager Dennis te Kloese. “He is a young and talented player who will add depth to our midfield as he continues to develop. We look forward to him contributing to our club.”

Last season with the Union II, Picazo made 16 appearances with 12 starts in addition to scoring two goals and one assist during the USL Championship regular season. In 2019, the 19-year-old appeared in 19 games, totaled seven starts and added one goal and two assists for the Union II.

Atlanta United FC announced on Thursday it had signed goalkeeper Ben Lundgaard to a one-year contract with two additional option years ahead of the 2021 MLS season after a stellar 2020 campaign with Atlanta United 2.

“Ben has been a model of consistency and hard work since joining Atlanta United 2 and he’s earned an opportunity with the First Team,” Atlanta United Vice President and Technical Director Carlos Bocanegra said. “He’s still young for his position and has a great opportunity to learn from our current group of goalkeepers, while providing additional competition.”

Lundgaard joins Atlanta United after playing one season with ATL UTD 2. He started 13 matches and finished sixth in the USL Championship with 47 saves, two of which were penalties.

The 6-foot-6 keeper came to Atlanta after playing for Pittsburgh Riverhounds SC in 2019 where he was on loan from Columbus Crew SC. Lundgaard was drafted by the Crew with the 21st overall pick in the 2018 MLS SuperDraft and spent the 2018 season on loan with Indy Eleven.