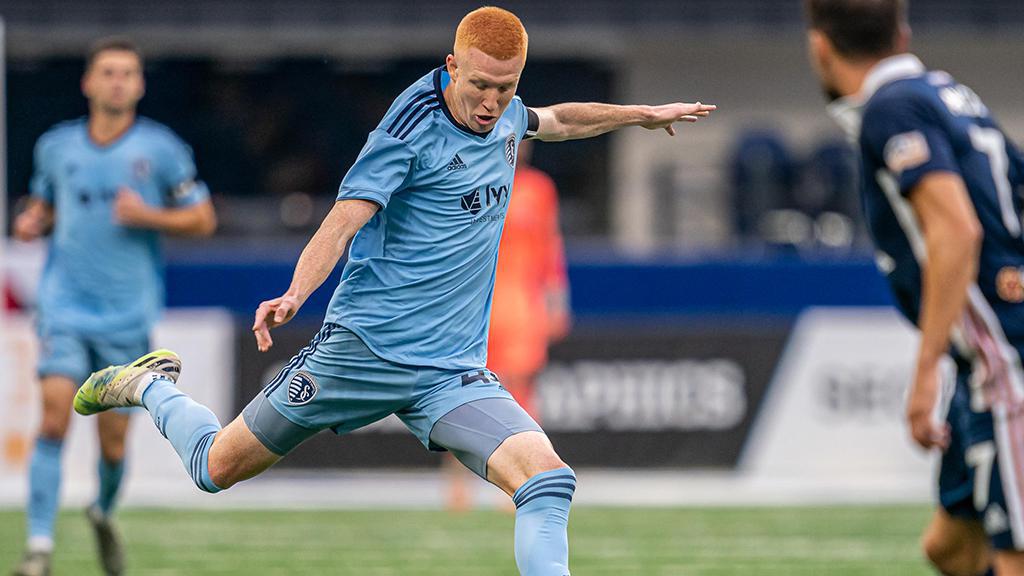 “Camden is a very talented and versatile player who has a great capacity to change the game in a positive way,” said Toros Head Coach and Sporting Director Wilmer Cabrera. “He is tall, athletic, very technical and with an engine to run box to box during the whole game. Those characteristics make him a very important player for our team.”

Riley was selected in the Second Round of the 2019 MLS SuperDraft by Sporting Kansas City and was subsequently signed by its Championship club, Sporting Kansas City II. The 24-year-old made 37 appearances for the club over the past two seasons, recording 3,025 minutes of action.

In the 2020 Championship season, the defensive midfielder totaled 25 clearances, 31 interceptions and four blocks while winning 51.9 percent of duels and had a 69.6 percent tackle success rate in 13 appearances. On the offensive side, Riley completed 518 of 634 passes and notched six key passes. Additionally, Riley totaled three shots, one on target and one assist.

In 2019, the Dallas native started in 21 of 24 appearances, tallying one goal in 1,974 minutes of action. Riley had an 85.4 passing accuracy rate, completing 1,113 passes in the regular season, and notched 73 clearances, 34 interceptions and six blocks on the defensive end.

Dzankic began his youth career with Slovenian outfit NK Maribor and rose to the U-19 level of Slovenia’s most successful club before joining Italian Serie A side Udinese in 2019. He made 16 appearances for Udinese Primavera – the club’s youth side – in the 2019-20 Primavera 2A season, with the team going 9-6-1 when he played in all competitions.

In the summer of 2020, Dzankic returned to Slovenia and joined NK Aluminij in the PrvaLiga – the Slovenian top flight. He made his professional debut for Aluminij against his former club Maribor on Nov. 2, 2020 and went on to make three total appearances for the club’s first team during the remainder of 2020 before heading to Kansas City for the start of the 2021 USL Championship campaign.

While he was born and raised in Slovenia, Dzankic is eligible to represent Croatia at the international level through his grandfather and has made 20 total appearances for the country’s U-15, U-17, U-18 and U-19 sides since his international debut in April 2017. His most recent appearance came with the U-19s on Feb. 17, 2021 in a 2-2 draw with Hungary.

FC Tulsa announced on Thursday it had signed local youth players Martin Martinez-Leyva and Tony Mota to USL Academy Contracts for the 2021 USL Championship season. Martinez-Leyva, a forward, and Mota, a midfielder, both come to FC Tulsa having previously played for Tulsa Soccer Club, a local youth club with a history of national success.

“Tony and Martin are both players that I’m familiar with, from long ago in my time in youth soccer,” said FC Tulsa Head Coach Michael Nsien. “They’re two players who have always excelled, they’re always driven, trying to improve. I think the next step for them is to be around players at that higher level, the professional level, so they can continue their development. What I’ve explained to them is that they’ve got an opportunity – what they do with it is up to them.”

Martinez-Leyva has been one of the best 04’s in the country. After winning the 2011 SuperCopa with Tulsa youth club Blitz United, the 17-year-old moved to TSC in 2012. His list of accolades with TSC is long, including two ECNL National Championships in 2018 and 2019, was named the Texas Conference Player of the Year in 2018 and an XI National selection in 2017/18.

In addition to his play for TSC, Martinez-Leyva has spent the last three seasons playing high school soccer for Bixby High School.

Mota was born and raised in Green Country, and joined TSC in 2010, winning the Texas Conference championship in 2018. The 18-year-old played just one year of high school soccer at Claremore High School as a freshman, but made it count. In his lone high school season, Mota racked up 14 goals, was nominated for All-District, and was the team’s Offensive Player of the Year, leading the team to the State playoffs.