19-year-old will spend season on loan with Charlotte for 2021 Championship season. 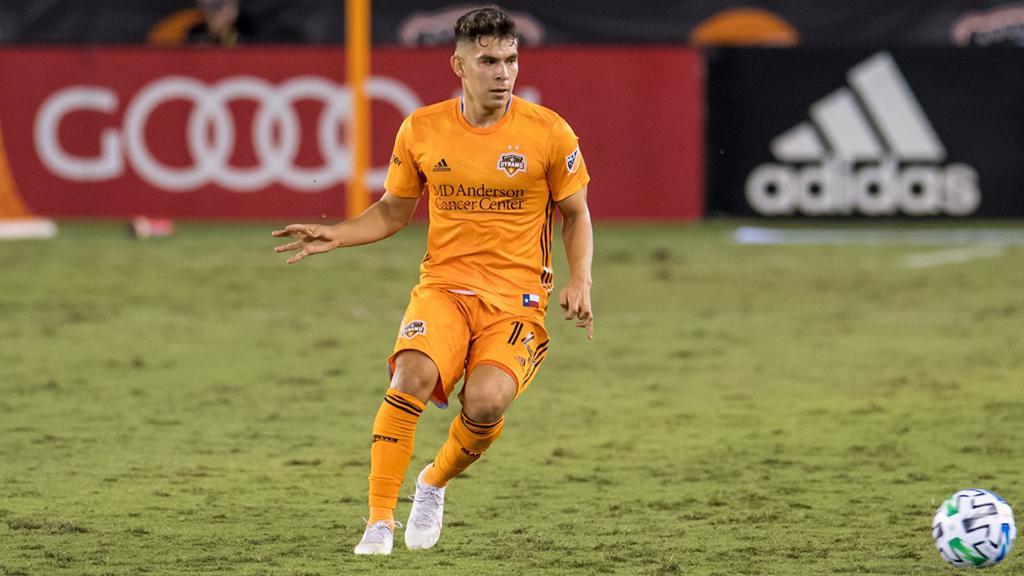 “We are really excited to have a top, young talent in Marcelo join us for the season,” said Charlotte Independence General Manager and Head Coach Mike Jeffries. “His abilities will mesh well with our style of play and I expect him to be a solid contributor in our attack. I greatly appreciate the efforts Tab Ramos and Matt Jordan made to make this loan happen and for showing the confidence they have in the Independence.”

Palomino began his professional career with Houston Dynamo FC where he signed a Homegrown Player contract on Jan. 6, 2020. After earning Dynamo Academy Player of the Year honors three times from 2014-2018, the 19-year-old made his professional debut on Oct. 14, 2020 as a second-half substitute against Sporting Kansas City. The midfielder earned three appearances in his rookie season.

Prior to signing a Homegrown Player contract, the Houston native was selected by current Dynamo head coach Tab Ramos to the U-18 U.S. Men’s National Team in 2018 and won the International Youth Tournament of Vaclav Jezek after a penalty shootout. The Dynamo Academy product, who was a regular in the youth national team pool for the U-15-U-19 squads after earning his first invitation to camp in 2014, spent two seasons with Houston's USL League Two affiliate Brazos Valley Cavalry. He scored seven goals in eight appearances in League Two, helping the Cavalry claim the Mid-South Division in 2018.

“I’m thankful to the Charlotte Independence staff and the entire club for the opportunity,” said Palomino. “I can’t wait to get started and earn meaningful minutes this season. I’ve heard great things about the Queen City and I look forward to being there soon. I know that everyone wants to accomplish big goals with the club this season and I'm excited to do my part on the field.”