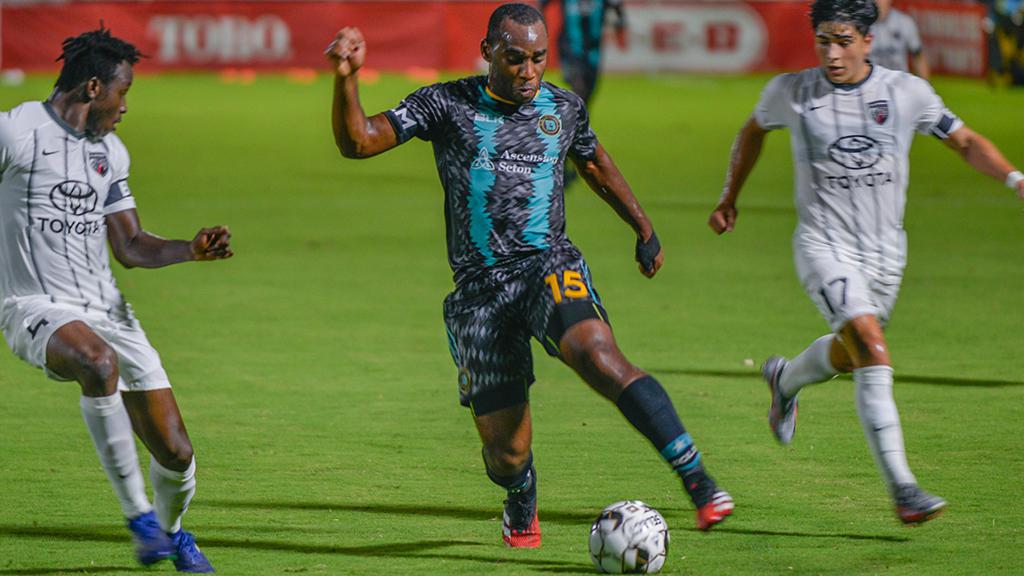 AUSTIN, Texas – Austin Bold FC announced on Wednesday it had re-signed midfielder Ambobi Okugo for the 2021 USL Championship season, pending league and federation approval. Per club policy, contract terms will not be released.

“Amobi has been with the club since the beginning. He’s the type of player that leaves everything on the field every day. You’ll never question his work ethic, commitment, or his drive for the team,” said Bold FC Head Coach Marcelo Serrano. “It was a no-brainer to bring a player like Amobi back. We’re looking forward to seeing him with the team again and to do what he does best- using his commitment and energy for the franchise to succeed.”

Okugo joined Bold FC before the club’s inaugural 2019 season. The versatile midfielder made 50 appearances and netted two goals for the club, both in the center of the park and in defense. USL Championship recognized Okugo’s performances by naming him to the USL Championship Team of the Week on two occasions.

“I’m grateful to continue the journey with the Austin Bold family and so excited to build off what we have started,” said Okugo. “I’m looking forward to winning on the field and in the community. The first home game can’t come soon enough.”

This offseason proved a successful one too for the 29-year-old, who was named to Forbes’ 30 Under 30 list as one of America’s brightest young entrepreneurs. In addition to his on-field play, Okugo’s A Frugal Athlete spotlights the personal financial and career playbooks of professional athletes while enabling them to gain education and maximize their financial resources.

Okugo began his professional career with the Philadelphia Union after being selected sixth overall in the 2010 MLS SuperDraft. In five seasons, Okugo made 117 appearances for Philadelphia and was instrumental in the club’s runner-up finish in the 2014 Lamar Hunt U.S. Open Cup.

He then moved to Orlando City SC during the team’s expansion season in 2015 before moving to Sporting Kansas City midseason. After a short stint with USL Championship side New York Red Bulls II, Okugo returned to MLS in 2016 when he signed with Portland Timbers. He spent two seasons with Portland, registering five goals and seven assists in 10,698 minutes played.

Okugo previously represented the United States at the youth national team level, playing for the U-23 squad during 2012 Concacaf Olympic qualifying and the U-20 team at the 2009 CONCACAF Championships.