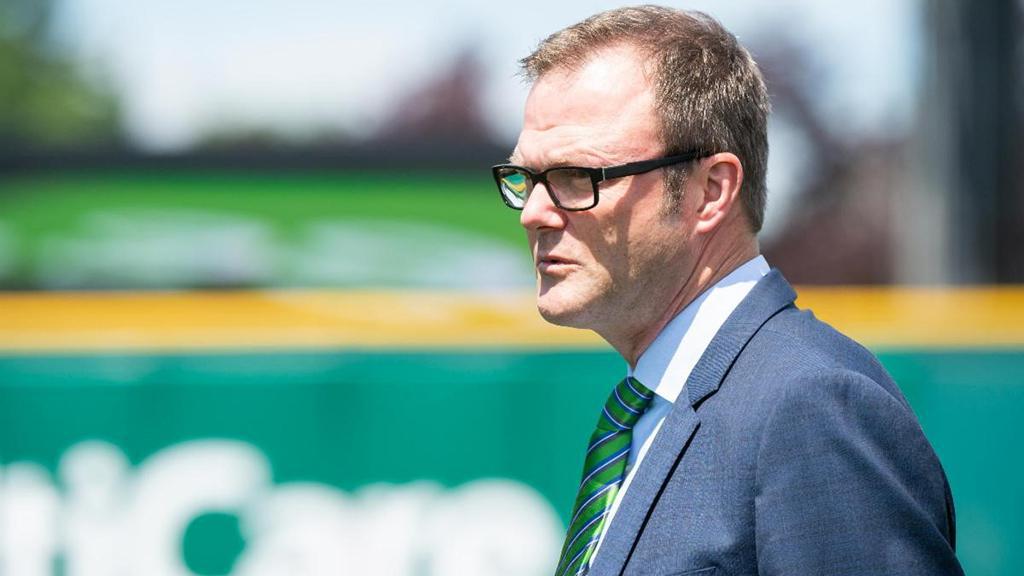 New Tacoma Defiance Head Coach Wade Webber has been an assistant coach for the team over the past three seasons and played for Seattle Sounders FC when the club was part of the USL First Division. | Photo courtesy Tacoma Defiance

“First off, I’d like to thank Chris Little for his service to the organization. He has been critical in helping overhaul our development pipeline and I’m thrilled for him to get this opportunity in Colorado,” said Sounders FC General Manager & President of Soccer Garth Lagerwey. “We are excited to elevate Wade Webber, who has worked side-by-side with Chris and the rest of our development staff for the past five years. It’s always a privilege to be able to promote from within and reward people instrumental to our success with new opportunities. We have full confidence in Wade and look forward to the leadership that he, Mike Morris and Josh Ford can provide.”

Hired as an assistant coach for Tacoma in January of 2018, Webber supported former Head Coaches John Hutchinson (2018) and Little (2019-2020). In his time as an assistant in Tacoma, Webber has coached dozens of players from the Sounders FC Academy and helped seven USL Championship players move up and sign a First Team contract, five of which were Homegrown Players. Webber becomes the fourth Head Coach in the history of the Defiance, dating back to 2015.

“I am thankful to have had the opportunity to work with Chris Little and John Hutchinson and learned tremendously from both of them. They both made a significant impact on the club,” said Webber. “I also appreciate and am humbled by the responsibility given to me by the Sounders to continue to working with the promising young talent in our developmental system. We are at an exciting time both in Seattle and the United States when so many young players are demonstrating they can make an impact at the Major League Soccer level. We will not rest in our efforts to help our players improve so they can continue to help the first team in their pursuit of championships.”

Webber brings with him a decade of professional playing experience from 1986-1999, including 53 MLS appearances for Dallas and Miami from 1997-1999. The defender attended the University of Portland from 1985-1988, leading the Pilots to the NCAA Final Four as a senior. A Federal Way native, Webber won three consecutive state championships at Thomas Jefferson High School in Federal Way, as well as Washington’s first national club championship with Goalpost SC U-16 in 1983.

“Wade’s connection to the Sounders goes back over 20 years, first as a player, then as a broadcaster and more recently as a coach within our current organization,” said Sounders FC Head Coach Brian Schmetzer. “It’s always nice to be able to give an opportunity to one of our own, and I look forward to working with Wade further. Additionally, I’d like to thank Chris Little for the time and impact he made here. He’s a very good coach and I wish him the best in the next chapter of his career.”

Since retiring from playing, Webber has coached youth soccer extensively throughout Western Washington, including two seasons with the Sounders FC Academy (2016-2017) and the previous seven as Director of Coaching for Washington Premier FC. In his time with Washington Premier FC, Webber accumulated a record of 596-183-126, with four state championships and two regional titles. His prior coaching stops included Norpoint FC (1999-2003), Federal Way Reign (2003-2005) and FC Royals (2005-2006). He joined the Washington State EDP/ODP program in 2015, where led the 2001 Boys (U-15) to the Region IV Championship. Webber has a USSF A License and Master’s in Teaching from Seattle University. He has also served as a radio analyst for Sounders FC broadcasts since 2012.