Experienced former Dynamo shot-stopper has prior experience with Toros 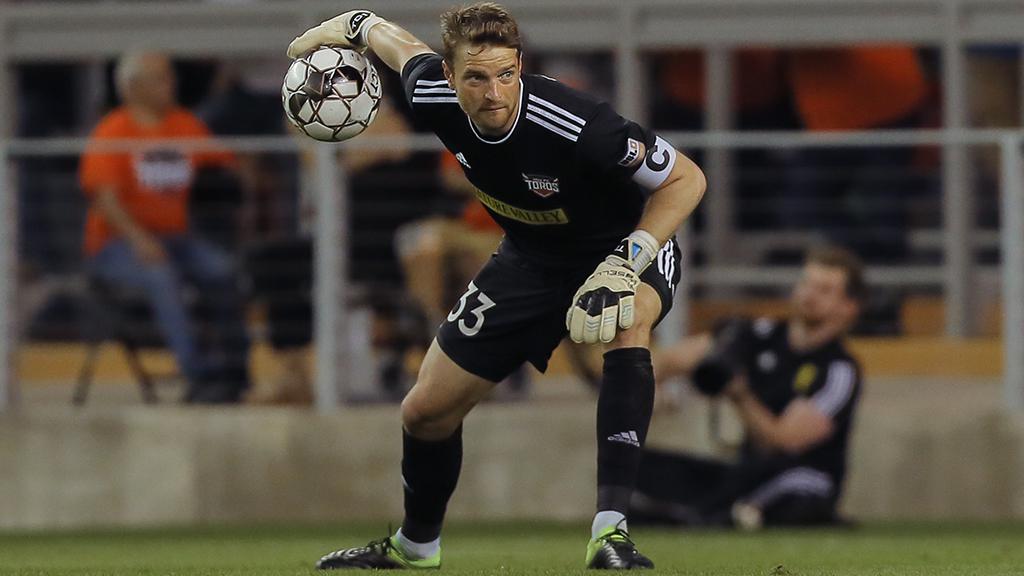 EDINBURG, Texas – Rio Grande Valley FC announced on Thursday the signing of goalkeeper Tyler Deric for the 2021 USL Championship roster, pending league and federation approval. Deric is the first player to sign with the Toros since the restructuring of the club’s affiliation agreement with Houston Dynamo FC.

“I am very excited to bring a goalkeeper like Tyler Deric to the new version of the RGV FC Toros. He is a recognized and talented player with an outstanding record in MLS,” said Wilmer Cabrera, RGV FC Head Coach and Sporting Director. “He is humble and ready for his return and a new chapter in his life and professional career.”

Deric joins the Toros after having previously competed for the club on loan from the Dynamo in recent seasons. Most recently, the Houston native appeared in six matches for the Toros in 2019, following which he returned to Houston and made seven appearances for the Dynamo, including a Lamar Hunt U.S. Open Cup match which resulted in a 3-2 win over Championship side Austin Bold FC in the Fourth Round on June 12, 2019.

In the 2018 campaign, Deric started two games for Houston, making his season debut as a starter in a 4-2 loss at Los Angeles FC on Oct. 12, 2018. In addition, Deric appeared in six matches for the Toros on loan, conceding five goals and recorded two clean sheets.

Deric was named Major League Soccer’s Player of the Month for October during the 2017 season where he started and played 90 minutes in 26 games. During the Audi 2017 MLS Cup Playoffs, Deric recorded his second postseason career clean sheet and eighth on the year against the Portland Timbers in the First Leg of the Western Conference Semifinals.