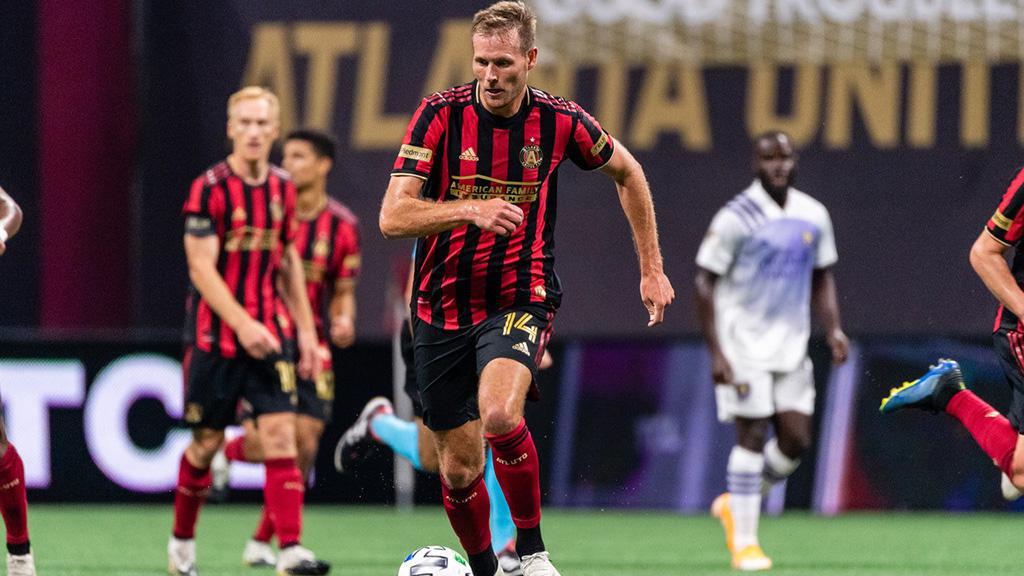 Orange County SC has acquired forward Adam Jahn, who spent the past season in Major League Soccer with Atlanta United FC where he notched there goals and one assist. | Photo courtesy Atlanta United FC

“We are delighted to add Adam, a true champion and prolific goalscorer to our roster,” said OCSC President of Soccer Operations Oliver Wyss. “Signing a player of Adam’s pedigree clearly indicates what our goal is for the season and we are looking forward to his contributions on and off the field.”

Jahn enters his ninth professional season with both selection to the USL Championship All-League Team and a USL Championship Final victory on his resume. He made 21 appearances and 13 starts for Atlanta during the 2020 MLS season and notched three goals and one assist after being purchased from Phoenix Rising FC the prior offseason.

Jahn’s move to Atlanta came after an outstanding season in the Championship that saw him record 17 goals and help Phoenix claim the Regular Season Title. Jahn also notched five assists for Rising FC as he earned All-League First Team honors.

The 30-year-old began his professional career with the San Jose Earthquakes, who selected him with the 15th pick of the 2013 MLS SuperDraft. After recording four goals in 22 appearances during his rookie season, Jahn spent time in 2014 on loan with the Championship’s Sacramento Republic FC, where he helped the club win the USL Championship Final in its inaugural season.

Midway through the 2016 season, Jahn was acquired in a trade by Columbus Crew SC and made 41 appearances across two-and-a-half seasons for the club. For his career, Jahn has recorded 15 goals and four assists across 124 MLS regular season appearances.

“I am extremely excited with the addition of Adam. He has proven at every level that he can score goals,” said OCSC Head Coach Braeden Cloutier. “He also brings a tireless work ethic on the defensive side of the game that I am very impressed with that will be a huge asset for the way we want to play.”

Before being drafted by the Quakes, Jahn played four seasons at Stanford University, scoring 24 goals and notching 12 assists over his college career. In his senior year, he was named to the All-Pac-12 First Team after leading the conference with 13 goals. He had previously earned All-Pac-12 Second Team honors in his freshman, sophomore and junior seasons.

“I'm so excited to return to my home state and join an organization with such high goals and aspirations,” said Jahn.

Internationally, Jahn played for the US U-18 national team that competed in Portugal, Uruguay, Australia, and Argentina. In July 2010, Jahn also participated in the U-20 US national team's training camp.