Center back has notched more than 10,000 minutes in the Championship’s regular season during career 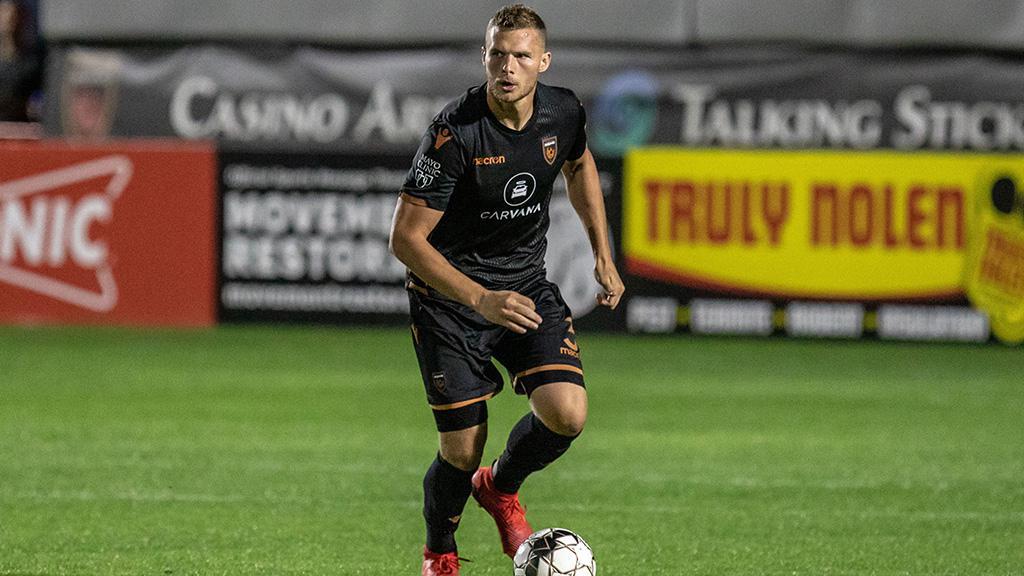 New Indy Eleven signing AJ Cochran has recorded 114 regular-season appearances in the Championship during his career, and helped Phoenix Rising FC to claim silverware each of the past two seasons. | Photo courtesy Phoenix Rising FC

INDIANAPOLIS – Indy Eleven added a veteran presence to its back line on Wednesday as the club announced it had signed defender A.J. Cochran, pending league and federation approval. Details of the contract that brings the Saint Louis native to the Circle City will not be released, per club policy.

“I’m extremely excited to join such an amazing organization. Speaking with [Head Coach] Martin Rennie and the staff about their goals for the future of Indy Eleven and the type of talent they were bringing in was all I needed to hear,” said Cochran. “On top of that, getting to play in front of such an incredible fan base made my decision an easy one. I can’t wait to get out there with my new teammates and help bring trophies to our amazing club and fans.”

Cochran joins the Boys in Blue after spending the past two seasons at Phoenix Rising FC, where this past year he helped the side claim the Championship’s Western Conference Title. Selected to the 2019 Championship All-League Second Team, Cochran has logged more than 10,000 minutes of regular season action in the league during his career, recording 118 appearances across the regular season and playoffs.

“A.J. Cochran is a player who knows what it takes to be successful and win trophies in the USL Championship, and that experience should be incredibly valuable to our squad,” said Indy Head Coach Martin Rennie. “We look forward to A.J.’s contributions on the backline and in the clubhouse this season.”

The 28-year-old began his professional career with Major League Soccer’s Houston Dynamo, which selected the University of Wisconsin product in the First Round of the 2014 MLS SuperDraft. Cochran saw heavy minutes as a rookie in 2014, registering 19 appearances (14 starts), and saw action in seven more MLS regular season matches in 2015 before being loaned to the Championship’s Charleston Battery.

Cochran was a mainstay in the Championship for Atlanta United 2 in 2018 and his hometown Saint Louis FC squad in 2016-17. Prior to joining the professional ranks, Cochran starred at the University of Wisconsin, where was named to the United Soccer Coaches All-America First Team and named the Big Ten Defensive Player of the Year in 2013, while also twice being named to the Big Ten All-Conference First Team. Additionally, he completed for both the Michigan Bucks and K-W United FC in USL League Two.