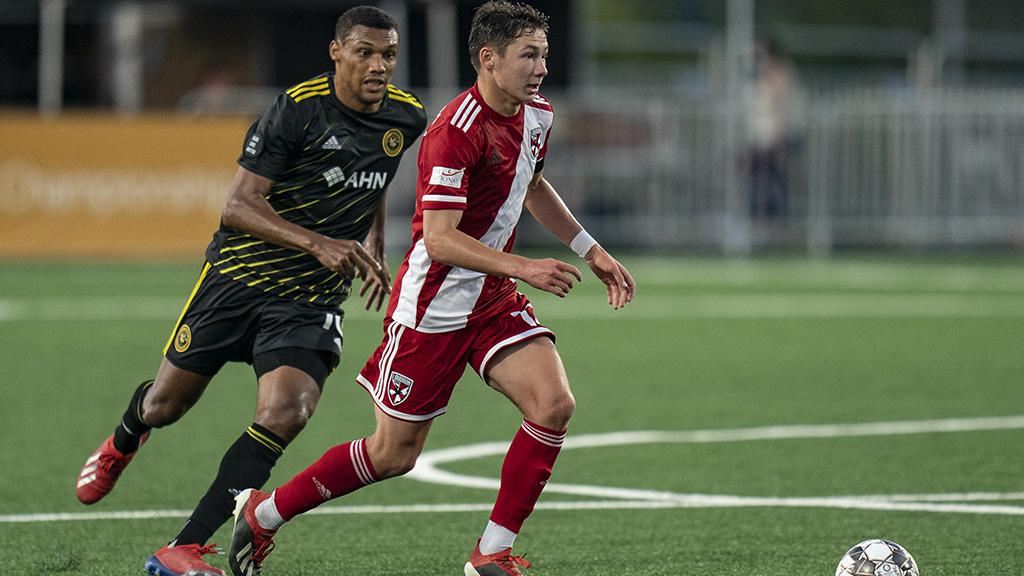 Loudoun United FC midfielder Ted Ku-DiPietro has made 18 appearances for the club since signing from the D.C. United Academy during the 2019 Championship season. | Photo courtesy Loudoun United FC

“We are excited to be bringing back four players who had important roles on our team last season,” Ryan Martin, Loudoun United Head Coach, said. “Tyler, Ted, and Timmy played consistently for us and re-signing them was a critical step in continuing to build our club culture and philosophy. Robby was recovering from an injury in 2020, but was a vocal leader and we’re optimistic he will find his 2019 form and be a great contributor on the field for us.”

Ku-DiPietro joined Loudoun United in 2019, and the 19-year-old D.C. United Academy product has excelled in his two years with the club. Ku-DiPietro has appeared in 18 matches in an attacking midfield role and has two goals and an assist for the Red-and-White.

Gabarra played his first season for Loudoun United in 2020 after playing four seasons at North Carolina State University. In his first season with Loudoun, Gabarra appeared in eight matches. The versatile midfielder was utilized in the Red-and-White defense towards the end of the season, starting each of the team’s final five matches in the backline.

Mehl joined Loudoun United in June 2020 after spending his 2019 season with Chattanooga Red Wolves SC and North Carolina FC. Mehl had an impressive first season at center back for the club, starting 10 of the 11 matches in 2020.

Dambrot joined Loudoun United in 2019 and made his debut for the club on August 15, 2019 against the Charleston Battery. Dambrot has made six appearances for the Red-and-White.