Pittsburgh strengthens back line with addition of defender, goalkeeper 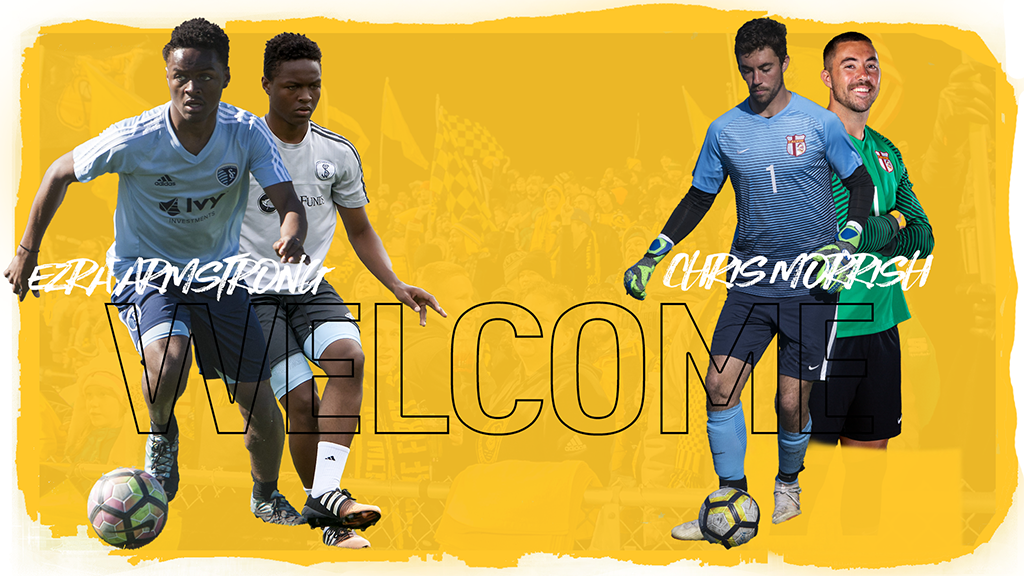 PITTSBURGH – Pittsburgh Riverhounds SC added a pair of newcomers to its back line on Monday as the club announced the signings of defender Ezra Armstrong and goalkeeper Chris Morrish. Both players are signed for 2021 with a club option for 2022, pending league and federation approval.

“Chris and Ezra are talented young players that we feel will grow quickly in our environment,” said Hounds Head Coach Bob Lilley. “Chris came into our combine at the end of January, and Ezra trained with our group at the end of last season. We look forward to having them on board for the 2021 USL season.”

Armstrong has primarily played left back since first making the leap to the pros at age 17, when he was signed by USL Championship side Sporting Kansas City II directly out of the Sporting Kansas City Academy. He made his first two pro appearances during the 2016 season with SKC II, but Armstrong didn't see his first regular action until a move in 2018 to German club Türkspor Augsburg, where he scored four goals in 25 appearances for the lower-division side.

Most recently, the 22-year-old was under contract with Skovshoved, which finished its season in the Danish Second Division last July. The Gastonia, N.C., native is the son of former United States international Desmond Armstrong, who made 81 appearances for the U.S., including starting all three matches in the 1990 FIFA World Cup.

Morrish is a recent graduate of Calvin University, where he helped the Knights reach the 2019 NCAA Division III semifinals, where they fell to eventual champion Tufts. Hailing from Bradenton, Fla., Morrish played two seasons at Calvin after transferring from Trinity (Texas). He accumulated a 33-4-1 record with 16 shutouts at Calvin, as he allowed just 26 goals in 40 total appearances (39 starts).

Morrish aided his team’s deep postseason run in 2019, playing a key role as the side took victory in a penalty shootout to earn its sixth consecutive Michigan Intercollegiate Athletic Association Tournament Title. Morrish made two saves during the shootout after a 0-0 draw through regulation and extra time to defeat Hope.

The 23-year-old did not get to play his senior year at Calvin, as the 2020 fall season was wiped out due to Covid-19.