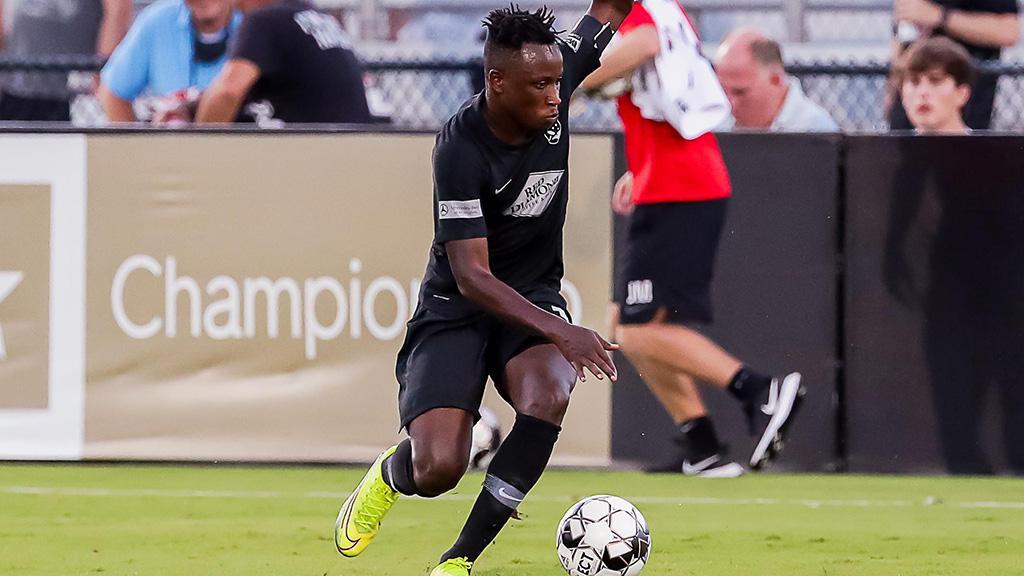 BIRMINGHAM, Ala. – Birmingham Legion FC announced on Thursday it had signed forward Prosper Kasim to a new multi-year contract with the club, pending league and federation approval. The Ghanaian was an integral part of Legion FC’s attacking corps during the club’s first two seasons in the Championship.

“We are excited to bring Prosper back to Birmingham on a new multi-year deal,” said Legion FC President and General Manager Jay Heaps. “He fits well in our locker room, and he has played a large part in the club’s growth on the field since our inaugural season.”

Kasim appeared in 15 of the club’s 17 matches in 2020 and was tied for third on the team in goals and assists with three each, was third in shots with 20, and was fourth in chances created with 12. He also completed 81.3 percent of his passes, and racked up 15 tackles, 12 interceptions, nine clearances, and three blocks.

In 2019, Kasim led Legion FC in appearances (35), starts (34), and minutes played (2,845), across the USL Championship Regular Season and Playoffs. He won Golden Boot as the team-leader in goals scored in the regular season with seven and was first on the team in shots (59) and chances created (53), third in passes (1,057), tied for fourth in interceptions (30), fifth in tackles (49) and assists (two), and threw in 11 clearances and an 80.4% passing completion percentage for good measure.

The attacker joined Legion FC in 2019 after spending two years in Sweden’s top flight, Allsvenskan, with IFK Göteborg. Göteborg acquired Kasim as an 18-year-old in 2015 from Ghanaian club International Allies. He was on the first team roster and featured for the Göteborg U-21 team in 2015 and 2016. He then spent the 2017 season on loan from Göteborg to Norrby IF, also in the Swedish second division. The winger played 21 times and scored three goals with two assists. In 2018, he was loaned to Mjällby AIF in Sweden’s second division, where he scored 10 goals with three assists in 27 matches and helped Mjällby gain promotion to the Allsvenskan.