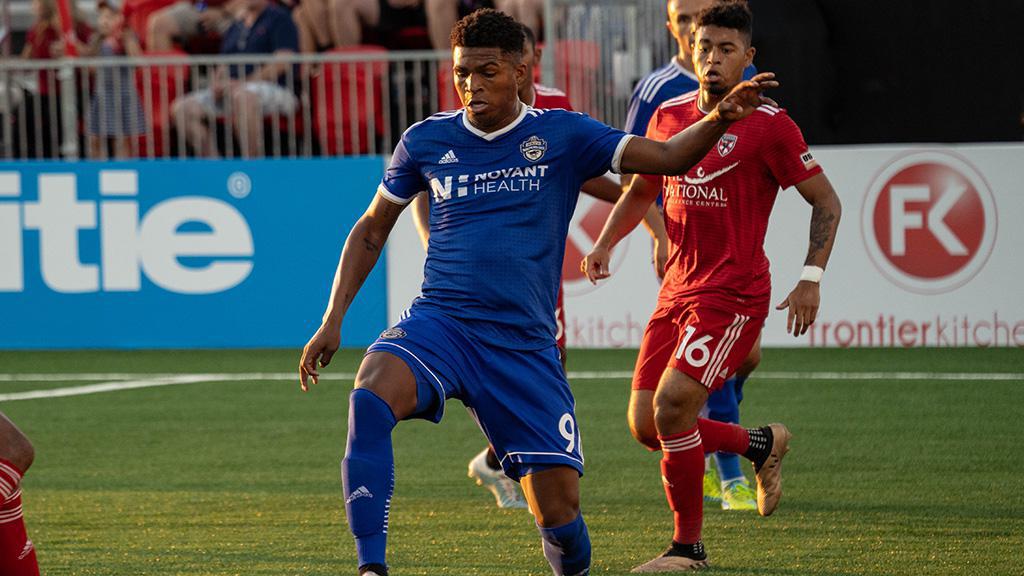 “Niki is a proven goal scorer and has the ability to be one of the best attacking players in the league,” said Landon Donovan, EVP of Soccer Operations and Manager. “He is also a tremendous young man who is extremely motivated to prove himself. We are excited to bring him to our club.”

Jackson was selected in the 2018 MLS SuperDraft by Colorado Rapids. He scored his first professional goal during his Major League Soccer debut in a 2018 match against New England Revolution. He was subsequently loaned to the USL Championship’s Colorado Springs Switchbacks FC, and more recently t the Charlotte Independence, where he scored five goals in the 2019 Championship season. Prior to his professional career, Jackson played at Grand Canyon University where he scored 41 goals over his collegiate career and was named WAC Offensive Player of the Year.

“My family and I are beyond excited to be a part of the San Diego Loyal family,” said Jackson. “I’m looking forward to meeting the guys and getting to work with an amazing staff as I’ve heard nothing but great things about the club. I’m excited to give my everything and bring lots of joy to the city and fans. Let’s bring a championship to San Diego.”

FC Tulsa announced on Thursday the return of another piece from its 2020 roster as it re-signed midfielder Raphael Ayagwa, pending league and federation approval. He joins fellow Nigerian countrymen Solomon Kwambe and Stanley Oganbor on the FC Tulsa roster.

“The staff and I are happy to welcome Raphael back,” said FC Tulsa Head Coach Michael Nsien. “He’s very unique as to what he offers our team. Raphael is comfortable screening for the back line and facilitating from deep positions, which gives us great balance. The players around him feel more confident attacking, knowing he controls the space behind them. With the benefit of an entire preseason under his belt this year, we look forward to him showing his full potential.”

Just 22 years old and in his first professional season in the United States, Ayagwa appeared in all 16 matches for FC Tulsa in 2020, earning five starts. The central midfielder still awaits his first career FC Tulsa goal or assist but made his impact often as a defensive sub in front of the FC Tulsa backline.

Despite the young age, Ayagwa boasts an impressive international resume. He already has an appearance under his belt for the Nigerian senior National Team in the 2017 African Nations Championship, and a CAF-Champions League goal while with Plateau United FC. Prior to signing with FC Tulsa, Ayagwa played for Lillestøm SK, then of the Norwegian Eliteserien, the top division of Norwegian soccer. He made three appearances over two years for Lillestrøm in league competition.

The LA Galaxy II announced on Thursday the club had signed midfielder and LA Galaxy Academy product Taylor Davila. Davila most recently played for University of California, Berkeley in 2018 and 2019.

“Taylor is a promising player who will bring depth to our midfield as we continue strengthening the LA Galaxy II roster,” said LA Galaxy General Manager Dennis te Kloese. “We are excited to have him rejoin our club and look forward to his continued development within our organization as we prepare for the 2021 season.”

The LA Galaxy Academy product made one appearance for LA Galaxy II in the USL Championship as a USL Academy signing during the 2018 season, making his professional debut for Los Dos on June 27, 2018.

During his time with UC Berkeley, Davila earned a spot on the 2019 United Soccer Coaches’ All-Far West Region first team and on the 2019 All-Pac-12 first team after a strong season in midfield for the Bears. The 20-year-old started all 18 games and played the fourth-most minutes on the team with 1,648 in 2019. In 2018, Davila started all 18 games as a freshman, tying for the team lead with three assists.

The Sherman Oaks product played for the LA Galaxy Academy U-18/19 squad between 2017 and 2018. At the international level, Davila represented the U.S. U-14 Boys’ National Team. Before joining the LA Galaxy Academy, Davila played with Real So Cal for most of his youth career.