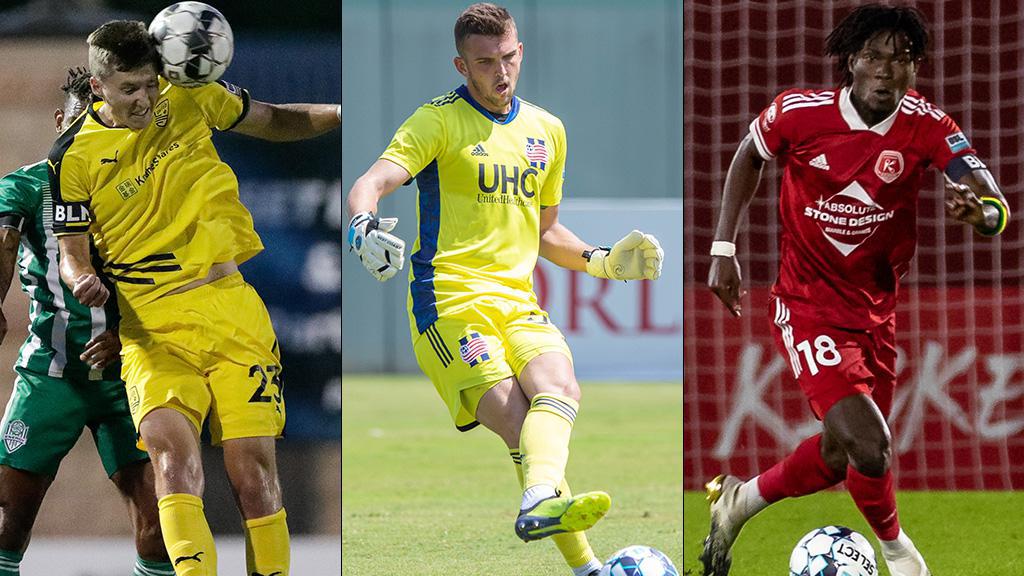 LEESBURG, Va. – Loudoun United FC announced on Thursday it had signed forward Samson Sergi, defender Wahab Ackwei, and goalkeeper Keegan Meyer ahead of the 2021 USL Championship season. The club also announced it had acquired defender Gaoussou Samaké on loan from ASEC Mimosas. The signings are pending league and federation approval.

“When putting together this roster, [Stewart Mairs, Dave Kasper, Victor Lonchuk, and I] not only wanted talented and athletic players, but we also wanted to find players that had a love and passion for the game and who show competitive drive, resiliency and a desire to improve every day,” said Loudoun Head Coach Ryan Martin. “We think we’ve found that in Sam, Wahab, Keegan, and Samaké. They are top players and people who will help drive the culture at Loudoun United. I couldn't be happier to welcome them to the Loudoun United family.”

Sergi is a native of Ashburn, Va. and attended Broad Run High School. The forward went to college at Xavier University where he played on the team for four years, appearing in 67 matches and tallying 29 goals and five assists. As a senior, Samson was named to the 2019 All Big East First Team. He spent his 2020 season with New Mexico United where he appeared in six matches.

Ackwei is a Ghanaian defender who made his professional debut in the Ghanaian Division One with Inter Allies FC in 2015. He made 56 appearances for Inter over the course of three seasons and tallied three goals. He played his 2018 season with the USL Championship’s New York Red Bulls II, where he made seven appearances. After the 2018 season he was signed by USL League One’s Richmond Kickers, where he made 38 league appearances over the past two seasons, notching three assists.

Meyer is from Silver Spring, Maryland and attended High Point University where he played in goal in every match for the team from 2016-2018. Meyer made 164 saves and kept 20 clean sheets in the 54 matches he played in. He was selected 43rd overall in the 2020 MLS SuperDraft by the New England Revolution, and he spent his 2020 season as a member of the New England Revolution II where he made eight appearances and tallied 20 saves and one clean sheet.

Samaké played the first two years of his professional career in his native Cote D’Ivoire with ASEC Mimosas, the most successful club in the history of Ivorian soccer. Samaké appeared in 10 matches in his two years with the club. The 23-year-old has also featured for his country’s U-23 National Team.