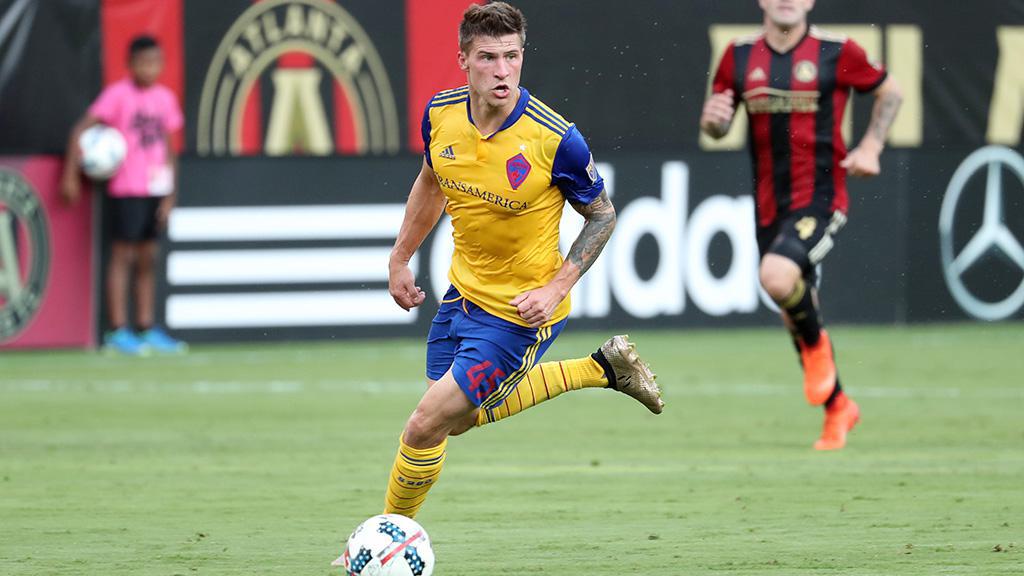 New Pittsburgh Riverhounds SC signing Josh Gatt scored twice in 20 appearances for the Colorado Rapids during his time at the club, and brings experience from both Europe and at the international level to Highmark Stadium.

PITTSBURGH – Pittsburgh Riverhounds SC announced on Thursday it had signed forward Josh Gatt to a one-year contract with a club option for 2022, pending league and federation approval. Gatt brings experience from the highest levels, having competed in both UEFA Champions League and Europa League matches and representing the United States in international play during his career.

“Josh is an exciting player that has good instincts in front of goal and is a consistent threat to get behind defenses,” said Hounds Head Coach Bob Lilley. “He can play multiple attacking positions and is also very capable of forcing mistakes by opposing defenders with his pressure. We are looking forward to having his experience and tenacity here in Pittsburgh for the 2021 USL season.”

A native of the Detroit suburb of Plymouth, Mich., Gatt elected to forego a college career at Indiana University and signed professionally with Austrian club Rheindorf Altach in 2010. Gatt made an immediate impact with six goals in 18 matches in all competitions in his first pro season, which helped him land a move to Molde, one of Norway's top clubs.

As one of the first signings at Molde by manager Ole Gunnar Solskjær, now Manager of Manchester United, Gatt featured heavily in his first two seasons with the club. He scored five goals in 27 appearances his first season, as Molde won the Tippeligaen in 2011 for its first domestic league title, and Gatt matched that output – five goals in 27 appearances – the next season.

A severe knee injury in 2013 that required three surgeries limited Gatt to one appearance in 2014-15, but he worked his way back into first-team action with a goal in six matches in 2016. He then left Molde to sign with Minnesota United FC of Major League Soccer, but he was traded to the Colorado Rapids prior to the start of the season. With the Rapids, the 29-year-old scored twice in 20 appearances during the 2017 season. Gatt spent 2018-19 back in Austria with Rheindorf Altach, and most recently, he spent four months under contract with Dundalk in the League of Ireland Premier Division, making two appearances.