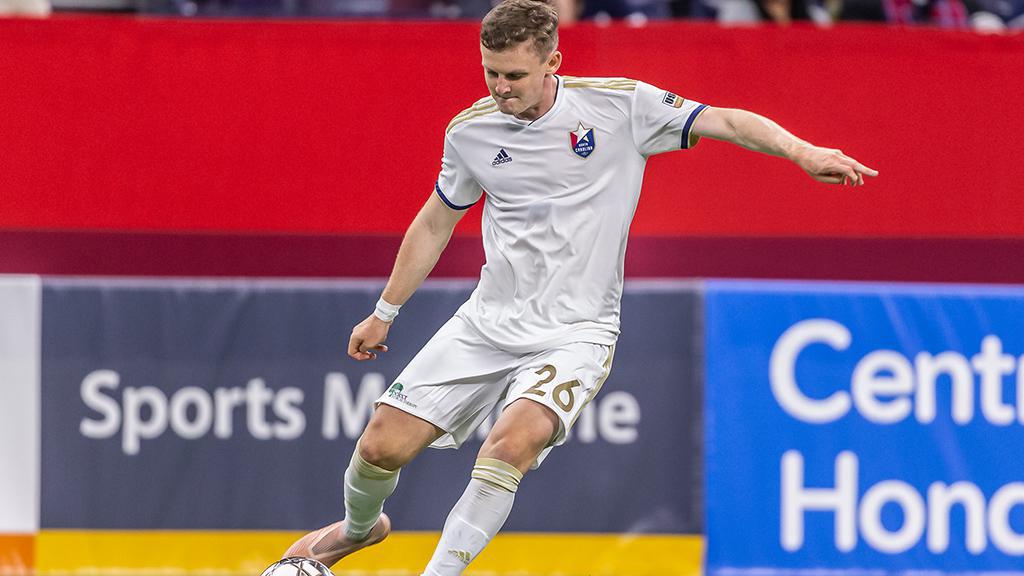 “We are delighted to add Tommy, a gifted midfielder and standout professional to our roster,” said OCSC President of Soccer Operations Oliver Wyss. “Tommy has great leadership qualities, and we are looking forward to him showcasing his talent in Orange County.”

Selected by FC Cincinnati in the Second Round of the 2019 MLS SuperDraft, the 22-year-old has made 16 appearances on in the Championship with North Carolina FC and Memphis 901 FC over his first two professional seasons. McCabe recorded two goals, two assists and nine chances created over the two seasons, while also posting a passing accuracy rate of 87.02 percent overall and 83.29 in the attacking half over that span.

“I am excited and thankful for the opportunity to join Orange County,” said McCabe. “I look forward to getting the season started and meeting my new teammates and staff. I hope to be able to contribute to the team’s goals this season and add to the success the club has had in the past years.”

Prior to his professional career, McCabe had a successful college career at the University of Notre Dame. He started in 60 of his 61 matches over three seasons with the Fighting Irish. In his first season, McCabe was selected to the Atlantic Coast Conference All-Freshman and All-Academic teams. By his Junior season, he was named to the ACC All-Conference Third Team.

Before enrolling at the university in 2016, McCabe spent three years in the United States Soccer Under-17 Residency Program. He made five appearances for the United States U17 National Team and played in the 2015 U17 World Cup in Chile.

“I am really looking forward to working with Tommy,” said OCSC Head Coach Braeden Cloutier. “He is not only a great player but also a first-class person and teammate. He will bring a great character and work ethic to our team.”