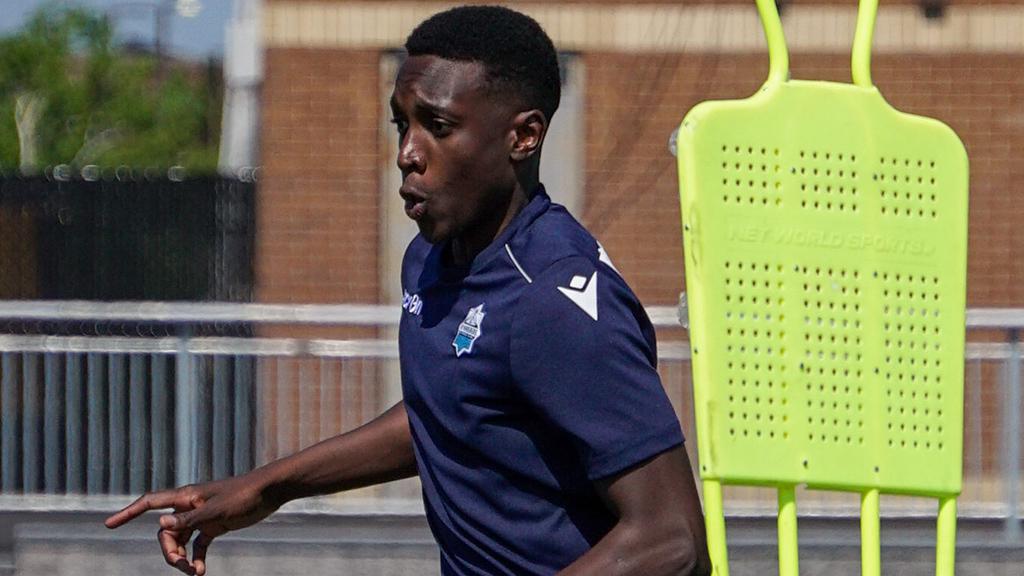 “I'm very excited to start a new chapter of my career with Indy Eleven. After talking with [Head Coach Martin] Rennie, it felt obvious that coming to Indianapolis was the best decision,” said Sissoko. “I know the fans in Indianapolis are passionate about the club, and I can't wait to play in front of them and leave it all on the pitch to help Indy Eleven get back to its winning ways in 2021.”

Born in Bamako, Mali, Sissoko moved to Montreal with his family at age 11 after his diplomat father was named to a post in the Canadian city. While standing out for a trio of clubs in the semi-pro Première Ligue de soccer de Québec (PLSQ) between 2014-19, Sissoko also starred collegiately for the Université de Montréal Carabins from 2015-19, earning the Canadian U Sports Player of the Year award – honoring Canada’s top male and female collegiate athlete across all sports – in 2018 and lifting the squad to that year’s U Sports National Championship.

“Aboubacar is an excellent addition to our roster for the 2021 season. He has built a fantastic reputation, both on and off the field, while playing in Canada,” said Indy Head Coach Martin Rennie. “We believe that Abu has potential to be an outstanding player in our league. We look forward to working with him and we trust our fans will join us in welcoming him to Indiana.”

El Paso Locomotive FC announced on Wednesday it had signed defender Andrew Fox to a new two-year contract, pending league and federation approval. Fox is the 12th Locomotive player returning from the 2020 squad that reached a second consecutive Western Conference Final appearances and the seventh player to return for a third season.

“It’s great to have Foxy back on a multi-year deal,” said Locomotive FC Head Coach and Technical Director Mark Lowry. “He is a very ambitious person, always striving for the best and is desperate to win things here in El Paso. He is another who embodies the team first culture we have cultivated over the past two years, he knows what we expect, he understands what it takes to play in this team, and he is another player I have absolute trust in.”

Over the past two seasons, Fox has made 43 appearances for El Paso, recording three goals and one assist. Before joining El Paso, the veteran defender earned experience abroad playing in the League One and League Two divisions of England and Sweden after a collegiate career at St. Edward’s University in Austin, Texas. During his time with the Hilltoppers, Fox also competed for the Midland-Odessa Sockers in USL League Two.

In 2015, Fox began his professional career with EFL League One side Peterborough United before stints at Kidderminster Harriers and EFL League Two side Stevenage. Fox took a short stint in Sweden playing with AFC Eskilstuna before playing a year in Grimsby Town before ultimately signing with Locomotive FC in 2019 for the club’s inaugural year.

“Mueng played for me in Des Moines, so we know each other well,” said Pascarella. “I know his game, his strong suits and how he takes care of himself professionally off the field. He fits into our culture, he fits well into our locker room, and he fits a skillset and a need by being able to play in central midfield or as a full back.

“We were unable to sign him last year with certain restrictions caused by Covid, but he trained with us all season, and we were finally able to add him this offseason. His drive and determination to come out every single day last season without any guarantees of signing a contract exemplifies the type of person he is. He’s a resilient kid and a hard worker with a strong mentality, and that’s why he’s here.”

Born in Mangu, Nigeria, the 26-year-old moved to Iowa in 2001 at the age of six. After a youth and high school soccer career in Iowa City that included multiple state championships and Gatorade Player of the Year honors, Sunday attended Drake University in Des Moines, Iowa and made 72 appearances. While at Drake, he was named to the All-Missouri Valley Conference team four times, named to the NSCAA All-West Region Team twice, and led the team to the MVC championship in 2015.